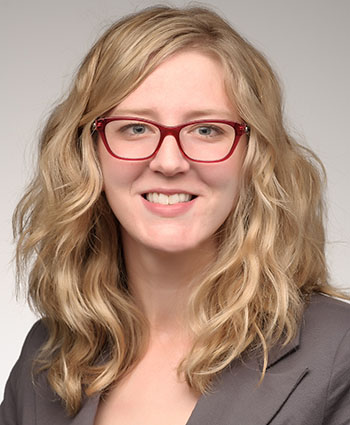 As an energy systems engineer in the Grid Planning and Analysis Center's Grid Operations Planning Group, Jennie Jorgenson is interested in the effect of renewable technologies on the power system. Her work focuses on high penetrations of renewable energy, energy storage, and grid flexibility, and she has developed novel methods for modeling a variety of modern electricity resources, such as concentrating solar power, demand response, and energy storage. She is the resident expert in modeling the operations of the power grid's Western Interconnection, with a specific focus on California.

Modeling of enabling technologies such as energy storage, demand response, and electric vehicles

Analyzing enabling technologies and their roles in renewable energy integration

The Institute of Electrical and Electronics Engineers (IEEE)

Impact of Wind and Solar on the Value of Energy Storage, NREL Technical Report (2013)

Fundamental Drivers of the Cost and Price of Operating Reserves, NREL Technical Report (2013)