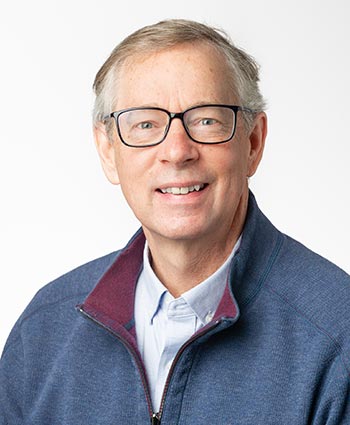 Robert Allen recently joined the Bioenergy Science and Technology directorate at NREL to focus on sustainable polymers and composites for the future circular economy.  He was Department Head of Polymer Science & Technology at the IBM Almaden Research Center in San Jose, California, where he spent 35 years as an industrial polymer chemist and research leader.  While at IBM, he developed a chemical recycling process called the VolCat process, a catalyzed glycolysis depolymerization of PET and other polyesters for the production of high-quality monomer from low quality mixed waste plastics. The process uses a volatile organic catalyst, which enables simplified downstream processing.  IBM is working with partners to commercialize this process.

For much of his career at IBM Research, Allen was focused on inventing polymers for semiconductor patterning.  He led IBM in the quest to achieve industry leading lithography performance in 193nm photoresist technology.  As such, IBM was able to manufacture its chips using this new technology before its competitors.  His polymer designs for several generations of 193nm (dry and water immersion) lithography were commercialized through partnerships with chemical companies and are used today worldwide for the patterning of semiconductor chips.  For this work, he was elected into the National Academy of Engineering. He’s received many other awards and honors, including the ACS Industrial Polymer Chemistry award, SPIE Fellow, ACS Polymer Fellow and Virginia Tech Distinguished Alumni Award.

Allen’s career has combined polymer innovation with research leadership.  He was a master inventor at IBM, rose to the rank of distinguished researcher, and held a number of leadership positions.  These include senior manager of the chemical and polymer research department at IBM Almaden, manager of the Almaden Lithography Research Group, IBM research team leader for 193nm photoresists, and Sematech’s Resist advisory group chairman.  He also served as peer committee chairman of the National Academy of Engineering –Chemical Engineering Section.