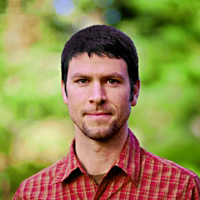 Dr. Joseph Luther is a senior scientist in the Chemical Materials and Nanoscience team at NREL. He obtained B.S. degrees in Electrical and Computer Engineering from North Carolina State University in 2001 while studying III-V semiconductors for tandem junction solar cells and solid-state lighting under the direction of Salah Bedair. His interest in photovoltaics sent him to NREL to pursue graduate work. He obtained his Masters in Electrical Engineering from the University of Colorado while studying deep-level defects in bulk semiconductors at NREL in the Measurements and Characterization team. He then moved into the field of nanoscience under the direction of Dr. Arthur Nozik in NREL's Basic Sciences division. Here, he developed a new architecture of PV devices employing a single layer of electronically coupled quantum dots as the active absorber. He was awarded a Ph.D. in Physics from Colorado School of Mines in 2008.

Luther then held a position as a postdoctoral scholar in the group of Paul Alivisatos at the University of California and Lawrence Berkeley National Laboratory to study synthesis and chemical transformation of uniquely shaped colloidal nanocrystals for various applications. In 2009, he rejoined NREL as a senior research scientist and has continued developing new concepts in various solution-processed photovoltaic fields as a Co-PI in the Center for Advanced Solar Photophysics as well as in NREL's perovskite team.