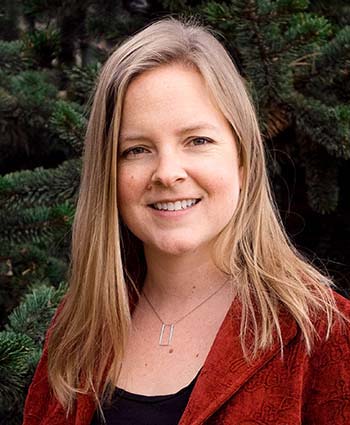 Dr. Warren is a staff scientist in the High Efficiency Crystalline Photovoltaics group at NREL.

Her research is focused on the heteroepitaxy of III-V materials on silicon and other low-cost substrates, nanoimprint lithography, and the simulation and fabrication of high efficiency tandem solar cells and modules. She is interested in understanding how nanoscale surface control can influence the nucleation and coalescence of heteroepitaxial films.

Her work on three-terminal tandem solar cells based on bottom cells with interdigitated back contacts is a compelling platform for tandem cell integration because it enables the same robust performance of individually operated subcells under varying illumination conditions, but does not require lateral current extraction between the cells, which can become challenging when scaling devices to large areas.

Warren has worked on a variety of collaborative projects with universities and mentored several graduate students and undergraduate interns, winning multiple mentoring awards. Her prior work at NREL included the photoelectrochemical characterization of new semiconductor materials and the development and testing of solar thermoelectric generators using NREL’s High Flux Solar Furnace. Before joining NREL, she completed her PhD at Caltech, studying the growth and energy conversion properties of silicon microwire arrays as well as the electrochemical characterization of semiconductor photocathodes and catalysts for solar fuel generation.

View all NREL publications for Emily Warren or her Google Scholar Profile.