As large-scale solar facilities proliferate throughout the country, more communities are considering the potential merits and drawbacks of this new kind of neighbor. Initial reactions to the prospect of large-scale photovoltaic (PV) facilities or solar farms tend to include a myriad of misperceptions.

Here are the top five myths I encountered in my six years of working with communities to build solar farms:

Local officials and planners often restrict solar farms in residential, commercial, and sometimes agricultural zoning districts, limiting their location to industrial districts. Industrial zoning is primarily intended to separate intense land uses, such as factories and distribution centers and their associated pollution, noise, and traffic, from residential areas. However, after construction, solar farms are quiet, clean facilities that generally have no on-site employees.

One city manager with numerous solar farms in his community compared the land use to a cemetery (no living inhabitants), demonstrating that solar farms can be compatible even with residential neighbors.

Residents and community officials often cite glare or blinding from solar facilities as a primary concern. While concentrating solar technologies do use mirrors which can cause glare, most solar farms use PV modules to generate electricity. PV modules use non-reflective glass and are designed to absorb rather than reflect the light that hits the panels in order to convert solar energy into electricity. PV modules are generally less reflective than windows[1] and are installed at numerous airports.[2] 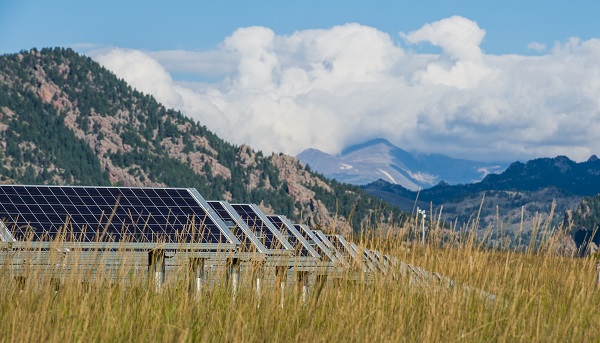 The noisiest components in a solar farm are the inverters, which generate a low buzzing sound as they convert electricity from the direct current (DC) generated by PV modules to alternating current (AC) used by the electric grid. Tracking equipment allowing PV modules to face the sun over the course of the day can also generate a low level of noise. However, the noise generated by solar farms is generally not audible above ambient noise outside of the facility fence.[3]

[2] Sandia National Laboratory developed a modeling tool, used by the Federal Aviation Administration, that tests for potential glare from solar installations on flight paths and control towers and can be used for other applications.