The wind industry is booming now that wind generation has become the cheapest source of new power in multiple U.S. markets, even without incentives. And—spoiler alert—early-stage research shows promise for driving down wind power prices even further. Researchers working on the forefront of wind energy development out of the National Wind Technology Center at NREL point to several accomplishments in 2018 that promise continued momentum for years to come. 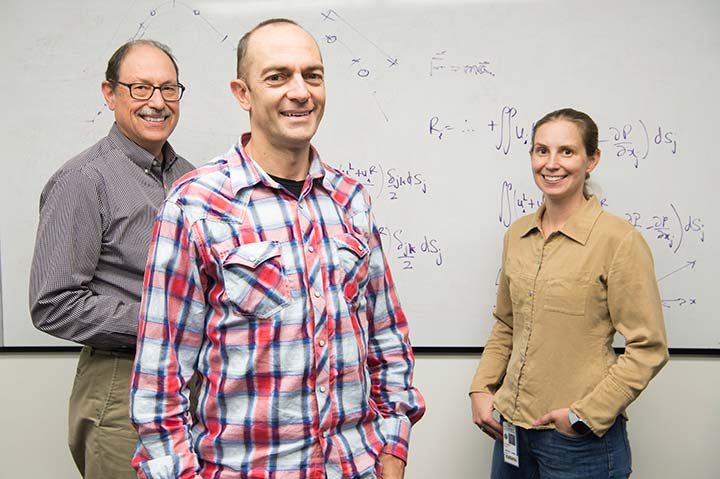 One of the most significant advances coming out of the NREL wind program in 2018 was an upgrade to a problem-solving software called WISDEM®—an acronym for Wind Plant Integrated Systems Design and Engineering Model. This open-source software, developed with funding from the U.S. Department of Energy's (DOE's) Wind Energy Technologies Office (WETO), creates a virtual, vertically integrated wind plant from components to operations. Selected as a 2018 R&D 100 Award finalist, WISDEM could bring levelized cost of energy improvements of up to 8% when integrated into wind plant layout design.

NREL is developing several other modeling capabilities that can bring clarity to cost-reduction pathways. Recently, Michael Sprague and colleagues demonstrated progress toward achieving exascale-capable computational fluid dynamics simulations by 2022, allowing for at least one-billion-billion calculations per second—approximately 50 to 100 times faster than the nation's most powerful supercomputers in use today. This research, funded by WETO, can model wind flow around individual blades as well as large-scale atmospheric phenomena across entire wind plants.

The Future Is Offshore, and It Might Be Floating

With more than 25,000 megawatts of offshore capacity now planned across 13 states, the U.S. outer continental shelf is positioned to increase domestic installed wind potential by about 25%. NREL's Walt Musial, who initiated the lab's offshore wind energy research program 15 years ago, is positioned at the forefront of this industry expansion. He serves as the technical director for the WETO-funded $41 million R&D consortium administered by the New York State Energy Research and Development Authority and as chairman of the American Wind Energy Association's Offshore Wind Technical Advisory Panel.

During the past year, Musial and colleagues have led early-stage research efforts to develop offshore floating configurations that can overcome the challenge of building wind turbines in deep waters, where approximately 60% of the U.S. offshore wind resource lies. NREL researchers presented on moving toward cost-competitive, commercial floating wind energy at the US Offshore Wind 2018 Conference and Exhibition. The lab is also supporting an International Energy Agency task to refine the accuracy of engineering and analysis capabilities used for floating substructure systems and participating in a campaign at the Maritime Research Institute of the Netherlands to better understand the nonlinear wave excitation of floating wind systems.

How can grid operators and regulators effectively manage a modern power system that includes large amounts of renewable generation? A team of NREL researchers led by Bri-Mathias Hodge debuted a free, open-source visualization platform called WindView to close the gap between visualization displays and forecasting tools. Funded by WETO, WindView helps grid operators better manage their power system operations, including reduced curtailment and better outage management, so they can utilize wind power at a lower cost.

On a larger scale, NREL researcher Greg Brinkman and colleagues are analyzing the cost and reliability implications for the United States, Mexico, and Canada through 2050 as part of the North American Renewable Integration Study. In 2018, the team presented initial results of a model for 20 different sets of assumptions around regional coordination, costs of renewables, and other grid-evolution drivers related to the expansion of the continent's electric-power-system generating fleet. 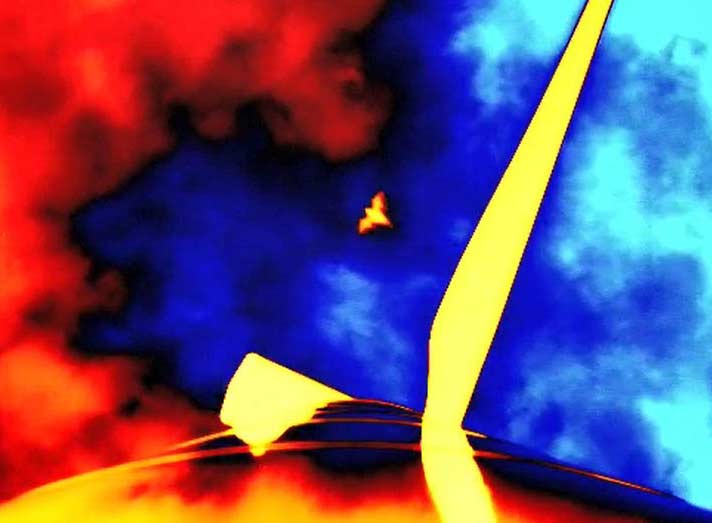 A bat approaching the wind turbine from downwind is visible in this still shot from a thermal video. In this image, the bat is the yellow figure outlined in red in the center of the photo. Video courtesy of U.S. Geological Survey

Impacts to wildlife from wind development can act as barriers to wind energy deployment. The Energy Department's Land-Based Collaborative is supporting NREL's work to address this issue into 2020 and beyond. Last year, NREL led a team that hosted the triannual Bats and Wind Energy Cooperative Science Meeting, beta tested the release of a generalized fatality estimator tool, and analyzed peak fatality conditions for targeted operational minimization.

The Next Generation of Wind Workers Can Make the Grade 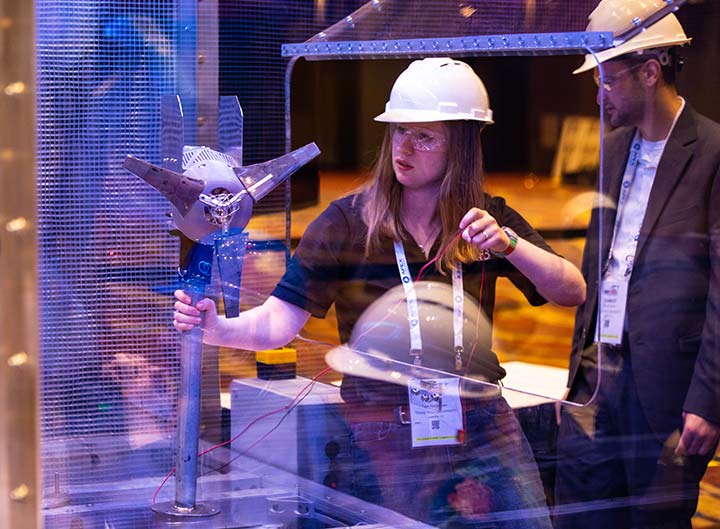 True or false: Wind turbine technician is the second-fastest-growing job of the decade. True. That kind of opportunity and the expanding wind industry in general led DOE to launch a private-public partnership between NREL and the nonprofit organization REpowering Schools in 2018. This partnership builds on the successful Wind for Schools project, providing sustainable funding for projects that advance K-12 and university-level science, technology, engineering, and mathematics education efforts in 12 states and includes more than 145 small wind turbine installations at host schools across the nation.

The past year also brought an exciting development to DOE's Collegiate Wind Competition, which challenges university students to develop a business plan, site a hypothetical wind plant, and build a wind turbine that is tested on the spot at the national competition. NREL's Jason Roadman, Lee Jay Fingersh, and Heidi Tinnesand—along with a team of exceptional NREL technicians and engineers—created a bigger, better, and more powerful wind tunnel that put the 12 participating teams' designs to the test. As the U.S. wind industry continues to grow, the Collegiate Wind Competition provides unique, hands-on training and an opportunity to help launch the careers of the next generation of wind energy professionals.

Since the earliest days of the wind industry, the National Wind Technology Center has provided an ideal environment for researching and developing advanced energy technologies. That's one thing our engineers and analysts don't see changing any time soon. As long as the wind keeps blowing, NREL will continue driving industry acceleration in anticipation of a future powered primarily by sustainable resources.