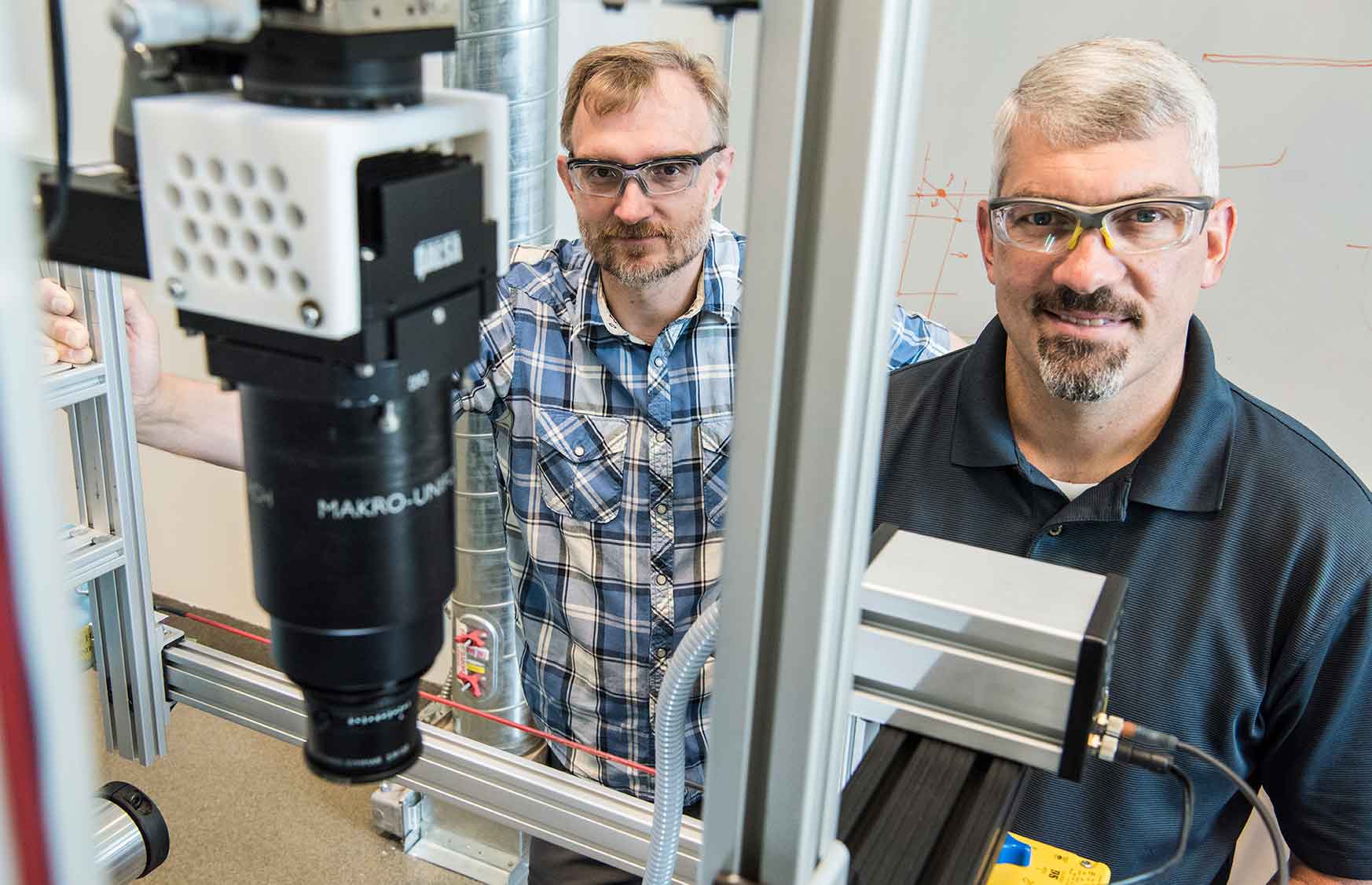 The path from successful science to market acceptance contains twists, turns, and occasional dead-ends. One step—the manufacturing process—can pose an obstacle amid concerns about quality and production times.

Through early-stage research and development, the U.S. Department of Energy's (DOE's) National Renewable Energy Laboratory (NREL) has developed a promising technology that could enable breakthroughs in U.S. manufacturing of fuel cell components with potential for use in additional applications. During the manufacture of fuel cell membranes, critical information—including variations in membrane thickness and pinhole-sized defects that the human eye can't see—can be overlooked. And seemingly tiny problems can lead to big complications, such as higher rates of performance degradation or failure.

An NREL technology called Quality Control Optical Reflectance Diagnostic (QCORD)—funded by the DOE's Fuel Cell Technologies Office within the Office of Energy Efficiency and Renewable Energy—uses a high-resolution camera to identify defects in membranes that are made in a roll-to-roll or continuous process. As a result, quality can be maintained at increased manufacturing rates.

In an automotive fuel cell, the polymer electrolyte membrane conducts only positively charged ions and blocks the electrons, a key part of the electrochemical reaction that creates electricity from oxygen and hydrogen fuel. A single fuel cell doesn't produce enough voltage on its own to power a vehicle, so hundreds of cells are combined in stacks. The membrane manufacturing line is one of the most expensive parts of the process, and the capacity to make fuel cell systems at a high volume (up to 500,000 units per year) doesn't exist, according to an analysis done earlier this year for DOE. The analysis determined that a faster production line would significantly ramp up the number of fuel cell vehicles and lower the cost to make the membrane for the fuel cell stacks.

QCORD looks for defects as the film moves between rollers.

Where QCORD Comes Into Play

"We help enable high-volume manufacturing," said Peter Rupnowski, a scientist in NREL's Chemistry and Nanoscience Center. "If you don't have the quick or inline diagnostic techniques that we do, then you cannot manufacture anything at high volumes. You will be producing a lot of material, but you can't quickly check if it's good or not."

"If you're making a membrane in a continuous process, you'd like to know whether it's good while you're making it instead of after you've already made a thousand yards of it and say, ‘Oops. Something was wrong,'" said Mike Ulsh, a senior engineer in the Chemistry and Nanoscience Center and leader of NREL's Fuel Cell Manufacturing research and development (R&D) project.

The QCORD work grew out of research pioneered by Bhushan Sopori, an engineer who retired from NREL earlier this year. Sopori developed different instrumentation techniques for photovoltaic materials. "When I came 10 years ago to start this project in the fuel cells area, I had run into some of the work that he was doing and thought we might be able to borrow this and tweak it for what we need for fuel cells," Ulsh said.

Though still in development, QCORD works like this: A light is shined onto the thin-film membrane as it moves between rollers while a camera captures an extremely high-resolution image. A computer uses algorithms to search for any defects in the image. Reflected light enables the computer to analyze the thickness of the film. Other ways to examine the thickness of the membrane cannot be done in real time; researchers must cut out a piece of the film and take measurements. "The piece you cut out might not be representative of the entire width of that roll or the length of that roll," Ulsh said. 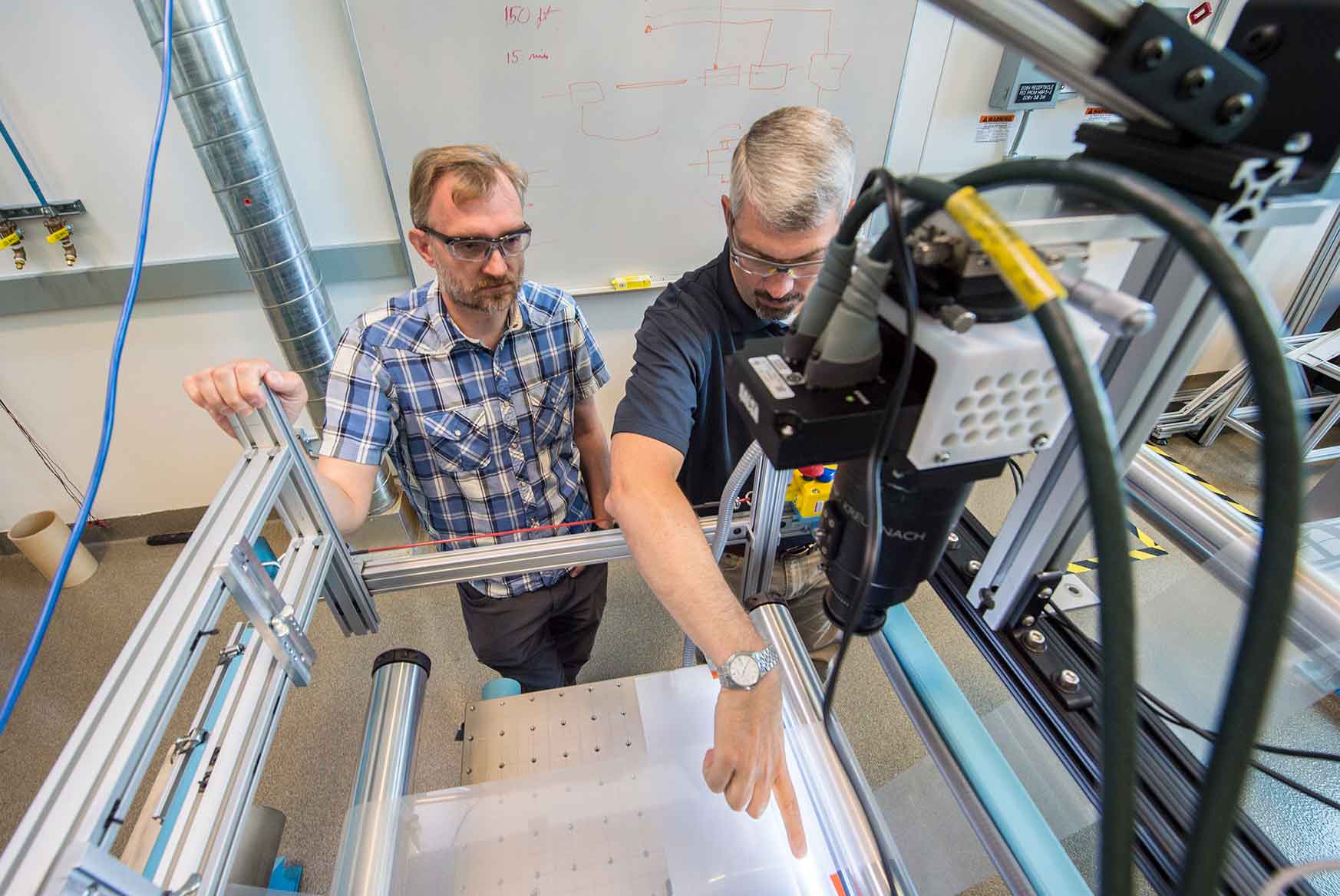 NREL brings world-class scientists together to create innovations that industry can then commercialize, relying on the private sector to make an impact on the U.S. economy. NREL holds a patent on the QCORD technology, but moving the idea beyond the laboratory fell to Mainstream Engineering, a Florida company that received a Small Business Innovation Research grant from DOE's Fuel Cell Technologies Office. The first phase, now completed, required the company to demonstrate feasibility of detection; the company's low-resolution prototype picked out microscopic pinholes in real time at production speeds. Now, as part of phase two of the grant, Mainstream Engineering must develop a commercially viable device.