The Storage Futures Study (SFS) considers when and where a range of storage technologies are cost-competitive, depending on how they're operated and what services they provide for the grid.

Through the SFS, NREL is analyzing the potentially fundamental role of energy storage in maintaining a resilient, flexible electrical grid through the year 2050.

In this multiyear study, analysts are leveraging NREL energy storage projects, data, and tools to explore the role and impact of relevant and emerging energy storage technologies in the U.S. power sector across a range of potential future cost and performance scenarios through the year 2050.

The SFS—supported by the U.S. Department of Energy's Energy Storage Grand Challenge—is designed to examine the potential impact of energy storage technology advancement on the deployment of utility-scale storage and the adoption of distributed storage as well as the implications for future power system operations.

The SFS team has released reports on a conceptual framework for a high-storage future; cost and performance data for storage, wind, solar photovoltaics, and natural gas; scenarios for the evolution of diurnal storage within the U.S. electricity sector through 2050; and drivers of customer adoption of distributed storage. Forthcoming reports will explore implications of widespread storage deployment and broader insights across the study.

Join a Webinar About Grid Operational Impacts of Widespread Energy Storage
12 to 1 p.m. on Tuesday, Jan. 25

Released January 2022, the sixth report in the series focuses on how the grid could operate with high levels of energy storage. NREL used its publicly available Regional Energy Deployment System (ReEDS) model to identify least-cost generation, energy storage, and transmission portfolios. Then, operation of these assets is simulated using a commercially available production cost model called PLEXOS. The modeling shows the high value of energy storage in peaker-type applications. Storage also increases the efficiency of different types of generation assets by reducing overgeneration from PV and wind and reducing costly start-ups of thermal generators.

The fifth report in the series, released November 2021, describes the challenge of a single uniform definition for long-duration energy storage, or LDES, that reflects both duration and application of the stored energy. NREL was not able to determine a single uniform definition for LDES to describe both duration and application and concludes it may not be possible to reconcile the two. The team suggests any use of the term LDES should be accompanied with a short qualitative description to clarify the intent of using the term. And if a duration must be used, the team recommends using ARPA-E’s definition of 10–100 hours but with the appropriate caveats.

The third report in the series, released May 2021, models the evolution of diurnal storage (<12 hours) within the U.S. electricity sector through 2050 using a least-cost optimization framework. Analysts find significant market potential for diurnal energy storage across a variety of scenarios using different cost and performance assumptions for storage, wind, solar photovoltaics (PV), and natural gas. Across all scenarios modelled, energy storage deployment exceeds 125 gigawatts by 2050, more than a five-fold increase from 23 gigawatts (all of which is pumped-hydro) of installed capacity in 2020. Depending on cost trajectories and other variables, 2050 storage deployment totals up to 680 gigawatts, largely driven by system flexibility and greater PV penetration on the grid.

The second report in the series, released May 2021, provides a broad view of energy storage technologies and inputs for forthcoming reports that will feature scenario analysis. This report also presents a synthesis of current cost and performance characteristics of energy storage technologies for storage durations ranging from minutes to months and includes mechanical, thermal, and electrochemical storage technologies for the electricity sector. The analysis covers a broad range of storage technologies that are currently receiving significant attention from the investment community, as well as in the media. In addition, for a smaller set of technologies—primarily lithium-ion batteries—this report provides current and future cost trends until 2050, which is intended for scenario analysis at both the bulk power and distribution system scales.

Technical Report: The Four Phases of Utility-Scale Energy Storage Deployment: A Framework for the Expanding Role of Storage in the U.S. Power System

Released January 2021, the first report in the SFS series presents a first-of-its-kind visionary framework for the possible evolution of the stationary energy storage industry—and the power system as a whole. The vision outlines four phases from shorter to longer storage duration, which could result in hundreds of gigawatts of installed capacity and a significant shift in our electric grid, helping utilities, regulators, and developers plan for the future. Many concepts presented in the report will be further explored in upcoming SFS studies, including detailed results of the modeling and analysis of power system evolution scenarios and their operational implications.

This report will synthesize and summarize findings from the entire SFS series, and related analyses and reports, to identify topics for future research. Coming in 2022.

The Storage Futures Study is featured in news. Read recent articles and publications that highlight the study. 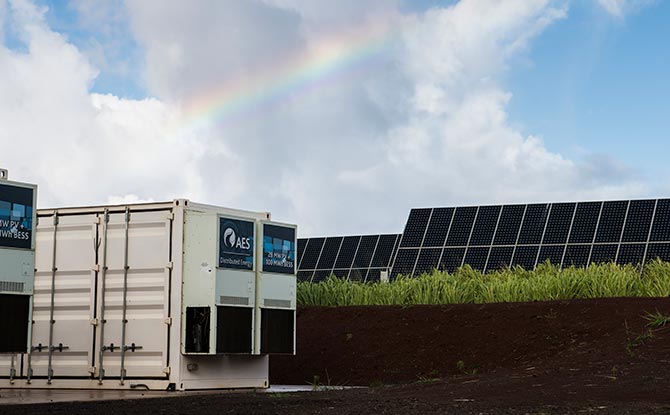 Happy Hours: Energy Storage Could Support the Grid Every Hour of the Day, All Year Long, NREL

Under the SFS, researchers are leveraging supporting NREL data and analyses to study energy storage technologies at unprecedented scale: