Q&A with Bryan Palmintier: Pulling Together the Pieces with Systems Thinking 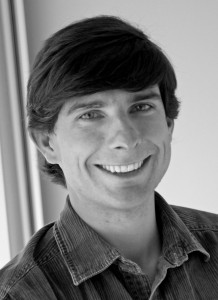 Moments before his flight to Honolulu, Principal Research Engineer Bryan Palmintier connected with us for an interview. As a jack of all trades, Palmintier’s work at NREL has touched on many topics in energy systems integration, to say nothing of his career prior to NREL. In our conversation, Palmintier described his work in Hawaii, his hand in a powerful new co-simulation framework, and his work translating his decades spent in outdoor leadership to a lab environment. The following has been edited for length.

What work is sending you to Hawaii?

We have a DOE-sponsored project with Hawaiian Electric called GO-Solar, where we’re helping the utility coordinate and control millions of new grid devices. The key with the GO-Solar project is to do more with less: we’re using a small set of sensors to understand the state of the system and to answer questions in the short term, like, how much distributed solar will be available in the next hour? The idea is that we’ll get a good understanding of the system with a limited amount of data and then use a limited number of controls to optimize the grid.

Your name appears in many ESI projects. What specific capabilities do you bring to these teams?

My skill set is jack of all trades. I love the systems perspective, pulling all the pieces together, and there is a lot of opportunity for that in ESI. I’m comfortable with software development and have had some experience with remote hardware-in-the-loop, so I guess the ability to dig in technically in hardware, software, as well as analysis in the grid space is how I find myself all over the place.

What previous work shaped you into a jack of all trades?

Before NREL, my scientific career and personal interests exposed me to a lot of topics and skills. Through college I was literally designing rockets and even building a few. I did some work in satellites. I was part of a research project in Antarctica studying fish that have developed an antifreeze protein. And I went on a sort of traveling aerospace road show teaching children in east Africa. But I think some of the most important all-around, life-shaping skills that have helped me professionally were gained in the backcountry. I love the outdoors, whether in remote British Columbia or closer to home in the Rockies. I’ve worked and taught for the National Outdoor Leadership School for 10 years and helped restart the Stanford Alpine Club, and I believe it was those skills—leadership and collaboration in the backcountry—that have also helped me in the front country.

What recent work have you had the opportunity to lead?

We’re producing a framework for co-simulations: the Hierarchical Engine for Large-scale Infrastructure Co-Simulation (HELICS). Co-simulation is to stand on the shoulder of giants: it pulls together tools from various domains to understand integration issues. In co-simulation, data are exchanged among the models. It provides a bridge to understanding how different systems—power systems and building environments, for example—will work together in an operational setting. HELICS is a unique platform for this: it is open source, completely cross-platform, captures the full complexities of cyber-physical interactions, and is highly scalable, capable of supporting small-scale interaction studies on a laptop up to interconnection-scale use cases on a supercomputer.

Is HELICS already being used in NREL projects?

The core of NREL’s transmission-distribution grid modeling tool, IGMS has been updated to use HELICS. Right now, in the GO-Solar project, we’re also using IGMS-HELICS to test the scalability of the new algorithms on a full representation of the Oahu system. There are also a growing number of projects that are using HELICS co-simulation: LA100, partnerships with other labs, and hopefully by the end of the calendar year we’ll be using it with autonomous energy grids.

What is the most exciting part of being in the ESI space right now?

ESI has reached a level of maturity that has taken a bit of time. Historically, ESI has been focused on “lowercase” ESI, where everything is about the electricity system. We’re now seeing projects that are reaching “capital” ESI, where all the experts are working together on true multi-energy systems.