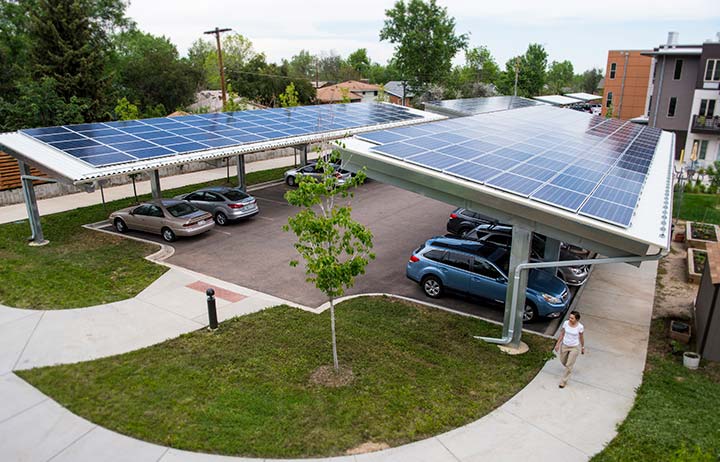 The Institute of Electrical and Electronics Engineers (IEEE) has just published the full revision of IEEE 1547, which establishes uniform requirements for interconnection of distributed energy resources (DERs), such as solar photovoltaics, with the electric power system.

Safety, efficiency, and reliability of the electric power system all rely on interoperability standards. IEEE 1547, a critical standard for the integration of advanced energy technologies, was first introduced in 2003. Early developments were largely influenced by the pioneering efforts of National Renewable Energy Laboratory (NREL) engineers Dick DeBlasio, Ben Kroposki, and Tom Basso. With technology advances and increasing amounts of DER, the need to re-evaluate and revise IEEE 1547 came about when the standard’s first amendment was published in 2014. With support from the U.S. Department of Energy’s Solar Energy Technologies Office, NREL researchers have continued to lead efforts and provide technical support in developing the revised IEEE 1547-2018.

“This full revision will help to accelerate modernization of our electric power systems infrastructure by enabling the use of modern DER technologies, such as grid-supportive inverters,” said David Narang, NREL principal engineer and chair of the IEEE 1547 Revision Working Group. “This builds on the foundation for integrating clean renewable energy technologies as well as other distributed generation and energy storage technologies.”

Narang has been leading revision efforts since he became the working group’s chair, succeeding Basso who retired two years ago. In the final stages of the revision during the summer and fall of 2017, Narang coordinated four re-circulations of the document for public comments and revisions, leading to a 93% approval rating among 389 balloters, one of the highest number of ballot submissions for any IEEE standard. Last month, Narang presented on the revised standard to nearly 60 state commission representatives from nine U.S. states, as well as generation and transmission engineers from co-ops, municipalities, and investor-owned utilities at a workshop hosted by the Minnesota Public Utilities Commission.

IEEE 1547 appears in a majority of interconnection guidance and agreements in the United States. It provides the ability for major participants to play by the same rules or expectations, ensuring utilities that emerging technologies will maintain the integrity of the system and provide smooth transitioning under normal and abnormal conditions. It is unique as the only American national standard that addresses systems-level DER interconnected with the distribution grid, and it represents the joint efforts of hundreds of individuals working together to develop a standard that can be adopted across the United States and internationally.

“This is a major milestone that recognizes the growing importance of solar and other DERs as crucial elements in the power system that must support grid operations,” said Andy Hoke, NREL senior engineer and chair of the IEEE P1547.1 working group. “The revision of IEEE 1547 is the product of four years of intense effort on the part of distribution and transmission utilities, DER equipment vendors and operators, researchers, and independent experts.”

Hoke and NREL Principal Engineer Mike Coddington have been leading sub-groups related to IEEE 1547, for secondary grid networks and the sister standard, IEEE 1547.1, which defines the testing procedures for conformance to IEEE 1457-2018. The NREL team and industry representatives who comprised the IEEE 1547 Revision Working Group provided direct input to other standards working groups as revisions were made, as well as technical expertise based on validation tests at NREL’s Energy Systems Integration Facility. Coddington will be presenting on IEEE 1547-2018 during a webinar this Thursday, April 12, led by NREL’s Distributed Generation Interconnection Collaborative

The revised standard is expected to have a significant effect on how the energy industry does business with DERs—and to continue to influence the way electric power systems operate far into the future.

Learn more about NREL’s work in integrated devices and systems.