Under agreement with NREL, KULR Technology will be the exclusive manufacturing, distribution, and marketing partner for the patented, award-winning Battery Internal Short Circuit (ISC) Device to industrial, research, and design clients. Developed by NREL and NASA, the Battery ISC Device revolutionizes the way lithium-ion (Li-ion) batteries are evaluated so designs can be improved before batteries hit store shelves. 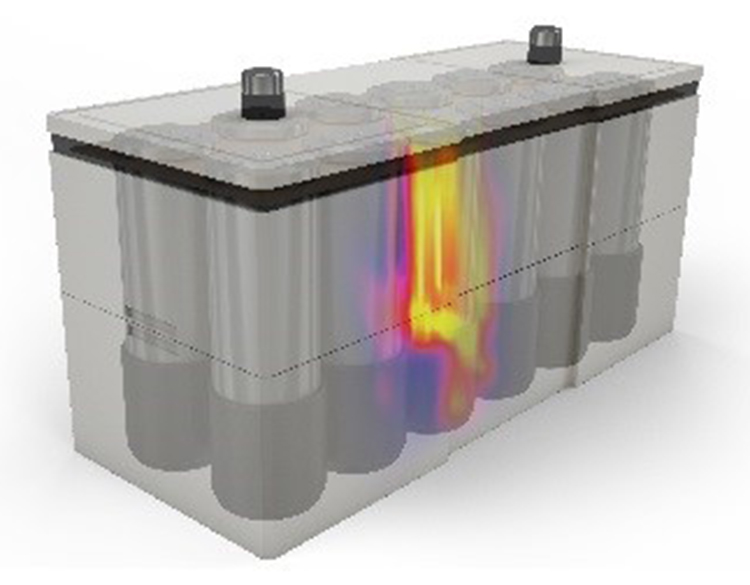 The Battery ISC Device allows researchers to predictably instigate battery cell failure and then study the causes behind them in order to build safer batteries. Illustration by Joshua Bauer, NREL.

Before the invention of the Battery ISC Device, researchers did not have a way to reliably simulate a true internal short circuit and cause predictable Li-ion battery cell failures that could be analyzed. One such failure is thermal runaway—when extreme heat from the failure of one battery cell spreads to neighboring cells, resulting in fire, or even explosion.

The ability to isolate and study failing cells within larger packs and modules also makes it possible to identify production issues, allowing battery designers to incorporate safety measures into battery designs to minimize the potential for hazardous cell-to-cell propagation.

Small and lightweight, Li-ion batteries are used in everything from smart phones to laptops to electric cars and spacecraft used by NASA. With billions more planned for production, it is imperative that manufacturers can reliably and accurately replicate latent defect internal cell failures to ensure these batteries do not fail with catastrophic results.

The patented Battery ISC Device has already received global acclaim with an R&D 100 Award in 2016, a Federal Laboratory Consortium Award, a UK Engineer Collaborate to Innovate Award, and was first runner-up in NASA's 2017 Government Invention of the Year.

"With the Battery ISC Device, for the first time we could trigger cells to fail at a known location and time. This vital research will now continue at KULR to help battery manufacturers engineer new safety measures for battery systems," said Vehicle Electrification Group Manager Matt Keyser, who led the development work of the Battery ISC Device.

Founded by some of the foremost experts in aerospace thermal management, KULR is already developing innovative battery safety devices to address thermal runaway. By partnering with NREL, they will increase their efforts to assist manufacturers in developing the next generation of Li-ion battery safeguards.