NWTC Infrastructure Is (Literally) for the Birds 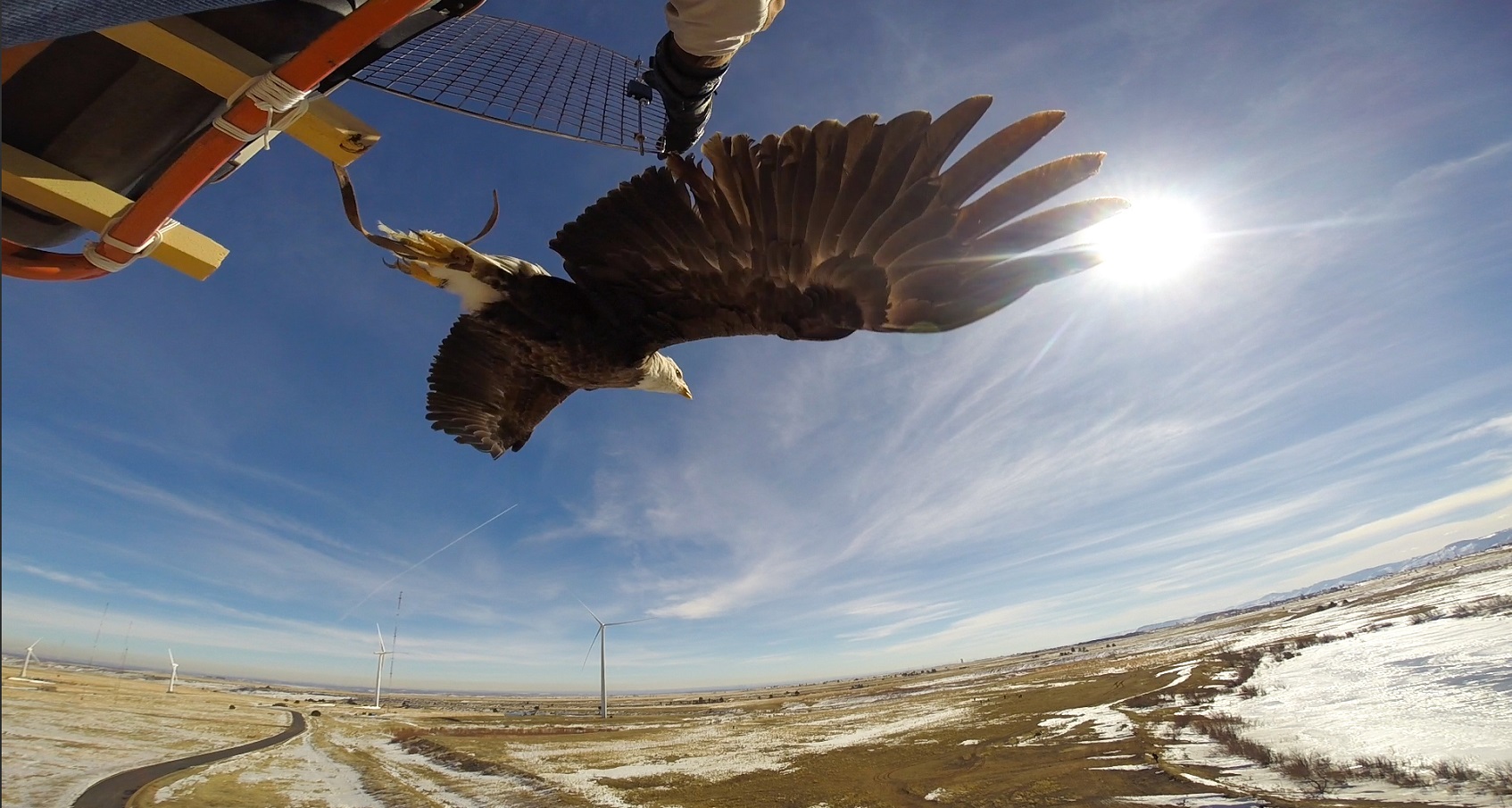 When the Energy Department released its Wind Vision report last year, it quantified the amount of wind energy used in our nation’s total electricity mix in 2013. At that time, slightly more than 4.5% of the electricity in the United States was supplied by wind energy. That same report laid the groundwork for assessing future wind power growth and the possibility that by 2050, 35% of the nation’s electricity demand could be served by wind. Such an ambitious outcome includes environmental, economic, and social benefits as well as some concerns.

One environmental concern is reducing the bird and bat fatality rate resulting from impacts with wind turbines. A goal of the Energy Department’s Wind Energy Technologies Office is to develop responsible wind energy while protecting wildlife and wildlife habitats.

The National Wind Technology Center (NWTC) is building a reputation as a research and validation resource for technology and software that will help detect and deter bird and bat interactions. Earlier this year, researchers and engineers from Oregon State University (OSU) and the University of Washington’s (UW’s) Northwest National Marine Renewable Energy Center used the NWTC to test an array of sensors designed to continuously monitor for interactions (including impacts) of birds and bats with offshore wind turbines—with similar applications for land-based turbines.

Karin Sinclair, a senior project leader and activity lead for the Wind Environmental Collaborative Research and Support effort at the NWTC stated, “We’re not developing the solutions, we’re providing the infrastructure and collaborative support for our partners from industry and academia to design, validate, and improve their technology solutions that can ultimately lead to commercial products that will reduce bird and bat interactions.”

Sinclair added that the NWTC has the equipment needed—meteorological towers and wind turbines—to evaluate potential solutions that could include software, cameras, sensors, and other equipment to detect or deter birds and bats from flying into a wind power plant or a single wind turbine.

“We have the ability to control our wind turbines, which is crucial to these kinds of experiment,” said Sinclair. “We also have highly qualified engineers with expertise in the infrastructure and ancillary equipment at the laboratory. Technology vendors are just starting to learn about us and understand that we’re here to help them.”

In the case of OSU and UW, the team developed a synchronized array that included three sensor nodes:

Component and fully integrated systems were evaluated at the NWTC on the three-bladed Controls Advanced Research Turbine (CART3), a 600-kilowatt Westinghouse turbine, in fall 2014 and spring 2015. Using a research turbine rather than a commercial turbine operating in a wind plant allowed academic researchers to conduct controlled, experimentally generated impacts on the turbine blades, nacelle, and gearbox.

Accelerometers and contact acoustic microphones were placed at the root end of each blade to detect impact vibrations and sound waves propagating through the structure. Bioacoustic microphones provided taxonomic identification as well as information on ambient noise levels. These microphones could also assist in identifying environmental conditions such as hailstorms, high winds, thunder, and lightning that could contribute to a collision or false-positive detection. 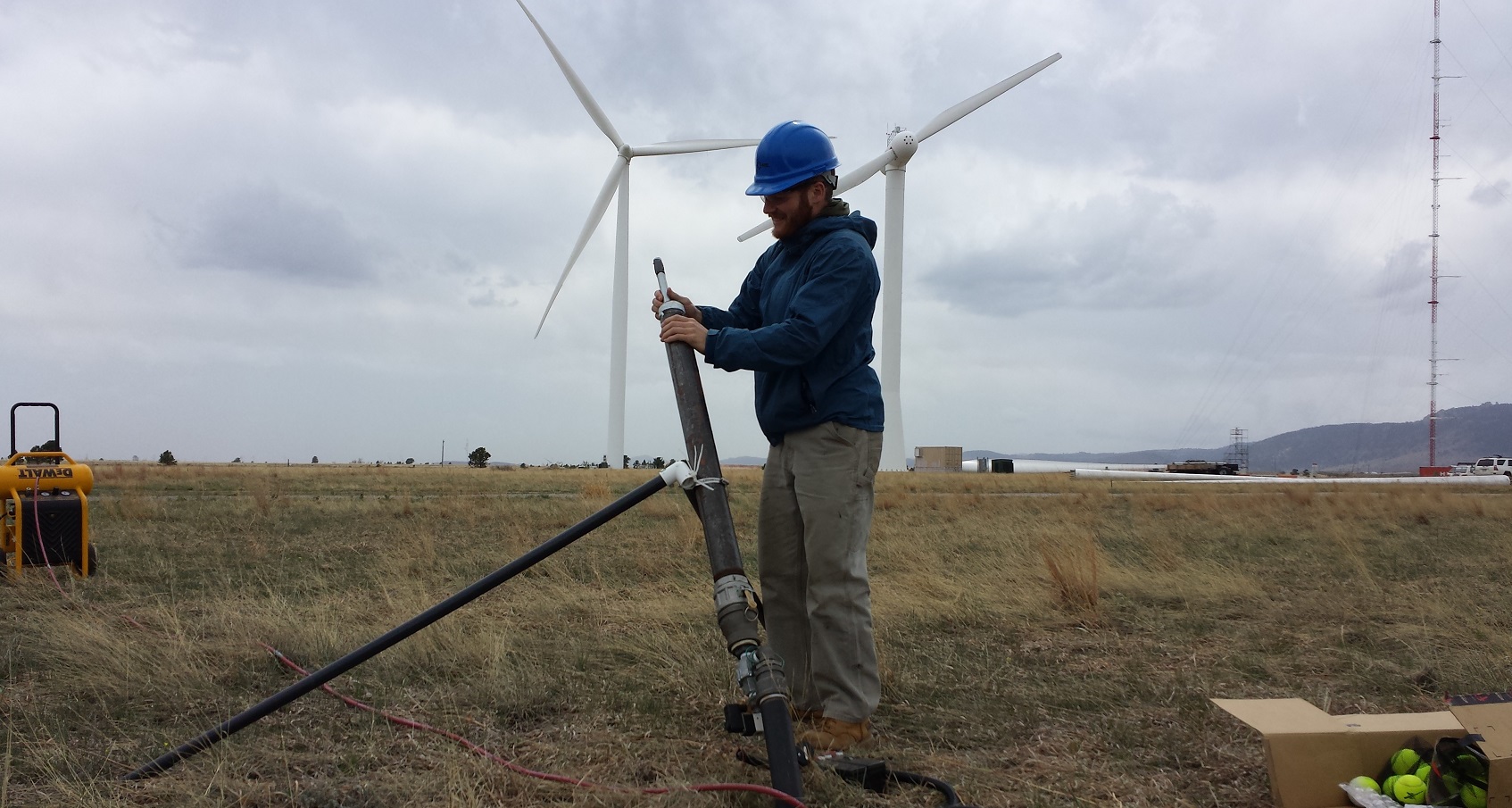 Vibration data demonstrated that background signals of operating turbines vary markedly among the CART3 under normal operation (greatest) and during idle rotation where the generator was not engaged (least).

Impact detection was dependent on background signals, position of impact on the blade (a tip strike resulted in the strongest impact signal), and impact kinetics (this is the velocity of the ball versus the blade and whether the ball strikes the surface of the blade or its leading edge).

This research demonstrated a proof of concept for an integrated sensor array to detect and identify bird and bat collisions with wind turbines. According to a report written by the team, the next research and development phase for this system will be to miniaturize and integrate sensors from all three nodes into a single, wireless package that can be attached directly to the blade. This next-generation system will use smart sensors “capable of onboard data processing to drastically reduce data streams and processing time on a central computer.” A provisional patent for the blade-mounted system was submitted by OSU and recorded by the U.S. Patent and Trademark Office.

“This project is just one example of how the NWTC can assist researchers who want to help reduce wildlife interactions with wind turbines,” said Sinclair. She explained that, typically, the Energy Department has provided funding for research projects at higher technology readiness levels (TRLs 5 through 9). “However, because there is significant emerging technology to help measure bird and bat interactions, which are at lower TRLs (2, 3, and 4), the Energy Department is now supporting efforts for the NWTC to help technology developers move their products up the TRL ladder. This will help to get emerging and promising technologies into higher TRL levels and, possibly, to commercialization.”

The aim is that reducing bird and bat interactions with wind turbines can be further enhanced through the development of detection and deterrent technologies that are just now in an experimental phase. According to Sinclair, “these technologies are important because responsible siting and impact-mitigation tools are critical to realizing sustainable wind energy development.”