Get the latest from NREL's marine energy and hydropower research programs. See an example before you sign up.

Removing power constraints could enable new technologies and accelerate growth in the blue economy, creating new markets for sustained economic development. Marine energy resources could be particularly well poised to address these power constraints because they are abundant, geologically diverse, energy dense, predicable, and complimentary to other energy sources. The U.S. Department of Energy's Water Power Technologies Office (WPTO) is investigating the opportunities for marine energy to enable coastal and maritime markets across the blue economy.

The Powering the Blue Economy™ initiative seeks to understand the power requirements of emerging coastal and maritime markets and advance technologies that could integrate marine renewable energy to relieve these power constraints and promote economic growth.

Through its broad portfolio of projects, the Powering the Blue Economy initiative works to protect, understand, and leverage the immense power and promise of the oceans to help the country achieve its collective economic, social, and environmental goals. Collaboration and engagement are central to efforts supporting communities and marine life while sustainably providing power to the blue economy.

Download the Powering the Blue Economy brochure to learn more about energy innovation in the blue economy, energy resiliency for coastal and islanded communities, and the initiative’s overall progress.

WPTO, NREL, and the Pacific Northwest National Laboratory collected and reviewed more than 400 comments from stakeholders and integrated the feedback into the final report, Powering the Blue Economy: Exploring Opportunities for Marine Renewable Energy in Maritime Markets, which highlights a compelling set of eight blue economy opportunities that could be supported by marine and hydrokinetic technologies. 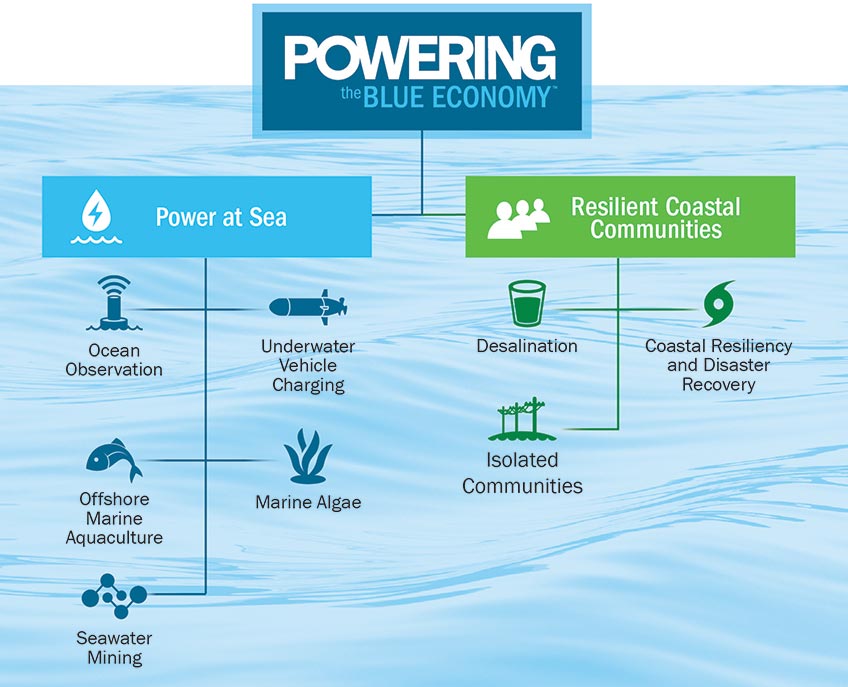 From ocean exploration and navigation to fish cultivation, many marine-based applications and markets are located far from shore—sometimes in deep water. Delivering power to these systems can be expensive and difficult. Powering systems that use energy derived from the ocean offers a cost-effective alternative.

Marine energy can help support coastal communities (as shown in the video Powering the Blue Economy by Connecting With Communities), making them more resilient in the face of extreme events such as tsunamis, hurricanes, floods, or droughts. Many marine energy applications are ideally suited to coastal development by offering relatively easy access for installation and operation and maintenance activities.

This portfolio of work complements and supports other WPTO activities focused on developing low-cost and reliable marine energy systems to provide power to the U.S. electric grid. 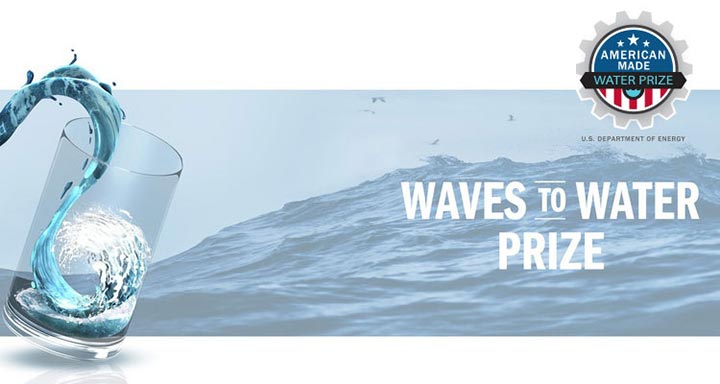 The Waves to Water Prize challenges innovators to design and validate an easily deployable wave-powered desalination system that will compete with other existing systems. Waves for Water provides innovators a pathway from initial concept, through technical design, to prototype and field test systems that provide clean, abundant drinking water using only waves as their power source. The prize will advance the American wave-powered desalination industry, as well provide new technology options to solve persistent water security challenges. 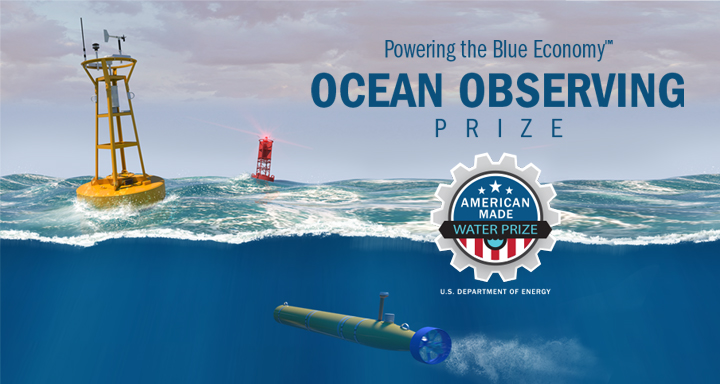 The Ocean Observing Prize challenges innovators to integrate marine renewable energy with ocean observation platforms, ultimately revolutionizing our capability to collect the data needed to understand and map the ocean. The prize includes a series of competitions over several years to encourage rapid innovation in the fields of marine energy and ocean observations to develop solutions that meet the needs of ocean researchers, agencies, explorers, and other end-users.

NREL and the Pacific Northwest National Laboratory have been working alongside WPTO to understand the needs of market sectors in the ocean where marine energy is well suited (discussed in the Powering the Blue Economy Through Prizes, R&D, and Partners video). NREL's wide-ranging R&D capabilities are being leveraged for emerging marine market sectors. NREL's analysis, modeling, simulation, microgrid, and laboratory validation capabilities are uniquely suited to address the challenges associated with each of these markets.

NREL has developed wave-powered desalination models to directly couple a wave energy converter with a sea water reverse osmosis system within the WEC-Sim platform. This work has demonstrated the technical potential of wave-powered desalination without any electricity production. Throughout this work, NREL has highlighted key R&D topic areas that have been incorporated into the Waves to Water Prize.

Analysis of a Wave-Powered Reverse-Osmosis System and Its Economic Availability in the United States, American Society of Mechanical Engineers' International Conference on Ocean, Offshore, and Arctic Engineering (2017)