The newly released report, Decarbonization During Predevelopment of Modular Building Solutions, covers specific strategies within the framework of industrialized construction that were developed, in part, during Blokable's IN2 project with NREL over the past 1.5 years. Blokable engineers and manufactures a highly energy-efficient, prefabricated, modular building system that reduces the cost for the company to develop multifamily housing with low cost of ownership and operation. As part of their partnership, Blokable installed a single Blok module on NREL's Golden, Colo., campus for performance validation and future experiments by NREL.

"In the U.S., there are only 36 rental homes available per 100 extremely low-income households, and these households also bear the brunt of climate and energy risks," said Blokable co-CEO Nelson del Rio.

"This is why Blokable has spent five years developing a business model and building system that would address both housing affordability and energy efficiency," he said. "NREL helped us evolve our building design to exceed engineering best practices and building code performance metrics. Their research showed us that, by adopting our model, we can manufacture NZE housing without adding new costs—thus scaling up a dramatically more efficient form of housing for society."

The report indicates that by 2030, compared to conventional housing construction approaches, Blokable can decrease total life cycle GHG emissions by 60%, reduce construction material waste by 91%, and avoid the release of 2.4 million tons of CO2 equivalent.

"We have learned that the greatest decarbonization impact is most cost-effectively achieved when considered as early as possible in the development and design process," said NREL Senior Research Engineer Shanti Pless. "For modular projects, that is often in the predevelopment period when a modular developer and factory are working on the design of their standardized product and construction processes, even before an actual building project has been proposed."

GHG emissions from the construction industry continue to contribute substantially to climate change; building construction and operation accounts for 37% of global energy-related carbon emissions, according to United Nations Environment Programme 2021. Blokable aims to address emissions while creating affordable housing options to fill the housing shortage in the United States. The plan is to build up the capacity for environmentally friendly construction with factories. According to the report, many construction companies focus on short-term incentives, so they do not take long-term steps to reduce emissions in future projects.

To combat these issues, in the report, the team compared various decarbonization tactics in "what-if" scenarios at each development stage, using cost, energy, and emissions modeling. The authors of the study used two different methodologies: one focused on cost reduction and the other focused on how to reduce GHG emissions per housing unit. 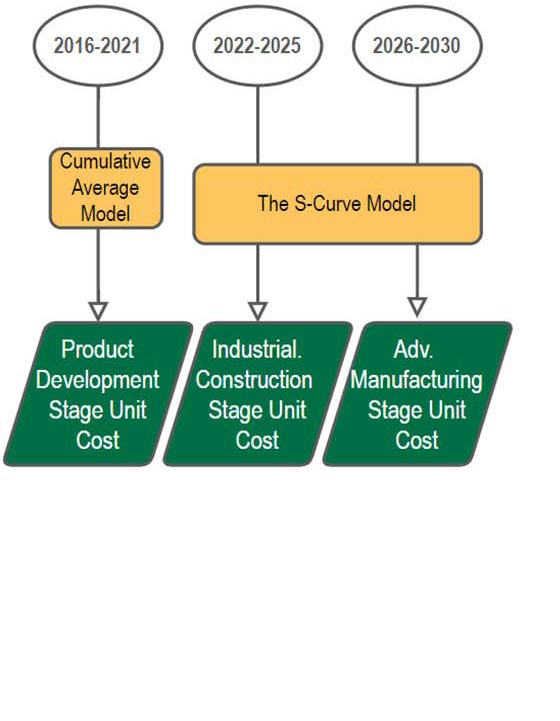 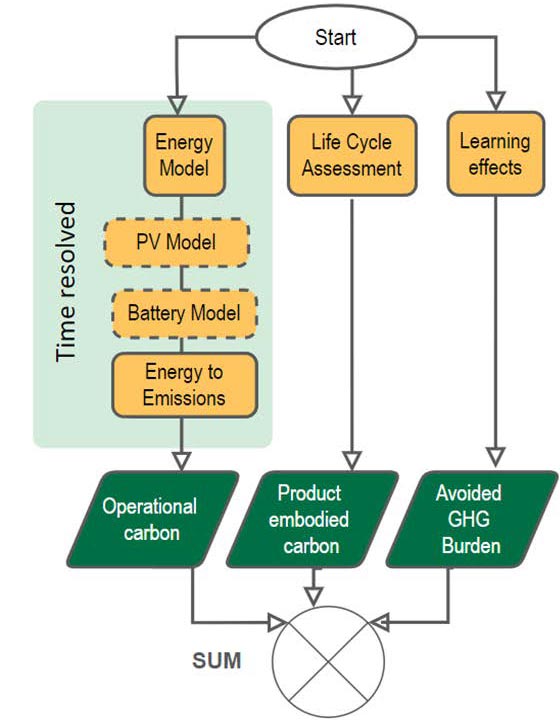 The framework introduces three phases of development that other modular builders and developers can follow to access manufacturing learning effects and to achieve successful results. This roadmap includes ways to stay ahead of the curve by implementing solutions in select projects that reduce energy-related emissions, with enough time to verify strategies that work well in different contexts. Additionally, it builds in time to implement building operations techniques to enable net-zero performance and how to scale the solution to repeatable effectiveness.

"The goal is to solve the 3.8-million-unit housing shortage while addressing both affordability challenges and life-cycle environmental impact of buildings," said Zoe Kaufman, an NREL research engineer in Communities and Urban Science. "Our guidance for modular product decarbonization in this case study focuses on existing practices and technologies, intended to serve as a template for goal setting and business planning for the industrialized construction industry."

Another key aspect of focus for Blokable is to create fully electrified, grid-integrated buildings powered by both on-site and off-site renewable energy to decarbonize the operational energy use over the life of the building. Even though the roadmap begins with a mix of natural gas and electricity, it eventually transitions to "all electric" to take advantage of a decarbonizing electric grid. Blokable has already completed multiple all-electric projects.

The hope is that these strategies can lead to approximately a 60% reduction of emissions, peaking by 2030 when Blokable plans to produce the greatest number of apartment units.

"Construction costs will continue to rise faster than incomes into the foreseeable future. Unless we invest and innovate right now, the housing crisis will continue to worsen, the cost to governments will continue to grow, and people and the planet will suffer," said Blokable co-CEO Aaron Holm. "The development sector and supporting building industry have lagged behind other industries in achieving efficiency gains through technological innovation and standardization. This report demonstrates that it is possible to leverage the learning effects of manufacturing to dramatically reduce both the economic and climate costs of housing creation. It means that Blokable can rapidly develop housing that is substantially more energy efficient, at lower costs than conventional approaches."

In December 2020, Blokable completed a housing development in Auburn, Wash., with a vertically integrated development and building model in which they say energy efficiency, quality, comfort, and livability were integrated into every stage of housing development, manufacturing, construction, and ownership. It is a multilayered approach that Blokable leadership hopes will fill the ever-increasing gap between people who need housing and people who can afford it.

Learn more about the IN2 program and NREL's Industrialized Construction Innovation research.