An Alternative Childhood Living off the Grid Instilled a Sense of Responsibility for the Planet, Planting the Seed for a Career in Energy 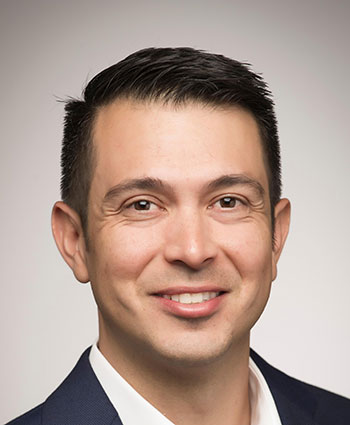 Most of us do not remember the first time we experienced electricity. It has always been a given.

But for Haiku Sky, it is a distinct memory. He was four years old—and was fascinated by the idea that you could flip a switch and there would be light.

Today, as a geospatial data scientist at the National Renewable Energy Laboratory (NREL), Sky still thinks electricity is as precious as he did when he first flipped that switch.

Long before he was born, Sky's parents had chosen to live a nomadic lifestyle off the grid. They bought an undeveloped piece of land in rural Oregon to build their first log home. While slowly building the house, they lived in a tipi, where Sky was born. For the first four years of his life, they lived without electricity, using fire for heat, food, and light.

"My upbringing was eccentric to say the least, but I wouldn’t have traded it for anything," Sky said.

Later, his family—now including his younger brother and sister—continued their nomadic lifestyle and lived on a sailboat along the coast of eastern Australia.

Sky's father worked as a pilot-contractor for the Stanford Research Institute, where he oversaw and conducted remote sensing and airborne mapping flight operations. Most of the projects were conducted in Southeast Asia, primarily Indonesia.

The family enjoyed life on the ocean, using electricity from solar panels and wind turbines. They had very little but lived fully. From a young age, Sky had a deep appreciation for the natural world.

"Nature was our source of entertainment," he said. "The world is a beautiful place, and we are changing it fast. I want to see it be preserved and leave as little of an impact as possible." 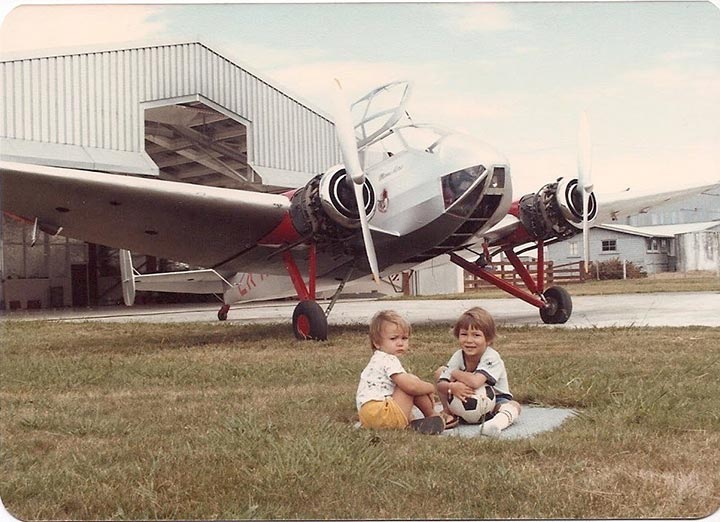 Sky and his sister take a break from playing on the coast of Indonesia, where they spent most of their childhood and teenage years. Photo courtesy of Haiku Sky 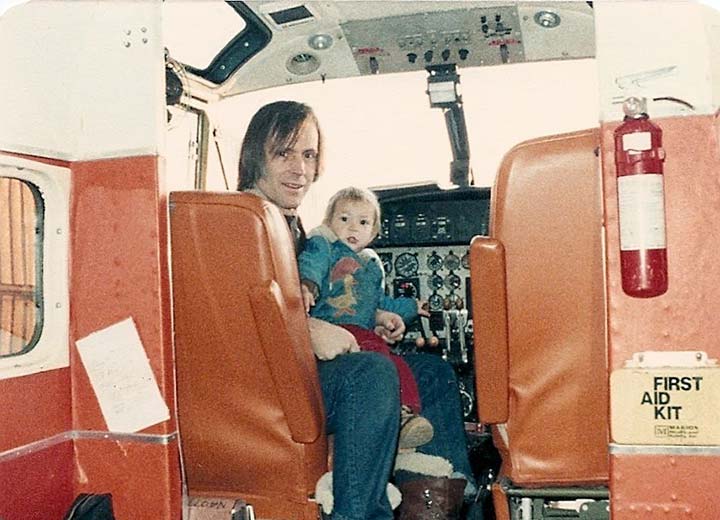 Young Sky sits on his father's lap in the plane he used to conduct airborne mapping flight operations. Photo courtesy of Haiku Sky

Sky's alternative upbringing planted the seed for a geography-related career. Despite his parents' atypical approach to life, education was mandatory in his family—so when it was time for college, Sky set off to study geographic/geospatial information science at Southern Oregon University.

After graduating, Sky worked for an environmental engineering firm, moved to Colorado, and met the love of his life. His passion for protecting the planet drew him to NREL, which he had admired from I-70 as he drove to go skiing.

"I thought I didn’t stand a chance getting a job here because everyone is so smart," he said. Now other aspiring scientists and engineers driving on I-70 might be thinking the same about him.

Sky joined NREL in 2018 as part of the Geospatial Data Science team doing what he says is the perfect combination of his passions for renewable energy and the outdoors.

Sky manages a suite of over three dozen geospatial visualization tools ranging from the most basic to the most advanced. They span all the major renewable technologies: biomass, geothermal, hydrogen, marine and hydrokinetic, solar, and wind.

Geospatial data, such as GPS or satellite imagery, is used to build data visualizations and models of the relationships between various geographic features. This data can be combined, manipulated, and analyzed in different ways to span time and location across complex scenarios.

"These are wonderful tools that provide analytical depth and a story for the user to help in making a decision," Sky said. The tools have a broad user base: academia, planners, policymakers, government, homeowners, and more. Every tool can be tailored to user needs.

Sky is particularly excited about the State and Local Planning for Energy Platform that launched in January 2020. The tool supports data-driven energy planning at the state and local levels. It is an easy-to-use platform that provides decision makers with data and information to better understand their options for meeting energy goals in a cost-effective way.

Sky is also part of the research team building an interactive data visualization application that will help communicate the results of NREL’s Los Angeles 100% Renewable Energy Study when it is complete.

"To be able to empower communities to plan for a clean future and meet energy goals is one of the coolest, most exciting things I could ever do in a job," he said.