The underlying physics impacting a wind plant's performance are complex, to say the least. A single turbine's ability to capture energy depends on scales ranging from global weather patterns to microscale atmospheric interactions at the blade's surface. That's why detailed models for entire wind plants remain out of reach for even today's fastest supercomputers.

To pave the way, Paul Veers, the chief engineer at NREL's National Wind Technology Center, collaborated with technical experts from around the world to develop an end-to-end resource covering every aspect of wind energy design, modeling, and simulation. The resulting two-volume book, which includes NREL contributions to 10 of the 18 chapters, explains the principal elements behind multiple subsystem models that are needed to create a full-system optimization framework.

The book, titled Wind Energy Modeling and Simulation Volume 1: Atmosphere and plant and Volume 2: Turbine and system, addresses not only the difficulty of creating predictive models for wind plant performance, but also the many disciplines required to solve it. Each chapter includes plain-language explanations as well as mathematical examples to allow practitioners with atmospheric, aerospace, mechanical, electrical, and other scientific backgrounds to build new models themselves.

In a recent Science journal article, NREL researchers cited the need for a deeper understanding of atmospheric flow physics as one of three "grand challenges" facing the wind industry. The other two challenges—engineering large, dynamic rotating machines and integrating electricity generation seamlessly with the grid—also underly the difficulty of creating predictive models for wind plant performance.

Fortunately, high-performance computing (HPC) developments are rapidly advancing state-of-the-art models at component, turbine, plant, and system levels. Last year, NREL researchers helped complete their first blade-resolved model of a large modern wind turbine in turbulent atmospheric flow as part of the Department of Energy's ExaWind Exascale Computing Project. Performed on a 30-petaflop HPC system with multiple resolutions, this simulation included a model with 6 billion grid points. Future exascale systems will be capable of at least one-billion-billion calculations per second—approximately 50 to 100 times faster than the most powerful supercomputers in use today. 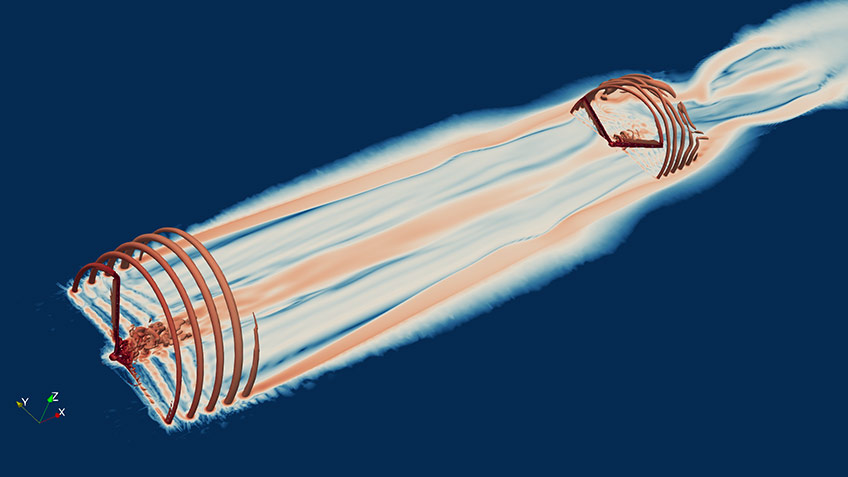 "We have models that are capable of representing parts of the equation, but you lose some of the reality by simplifying the problem into pieces that are independently solvable," said Veers. "In the future, people will be combining the areas and bridging the gaps between them."

Veers has been working to achieve more accurate wind turbine models since the 1980s, when he first started coupling aerodynamics with structural models to predict the lifetime of wind turbine blades in the field. His computational analyses could approach actual results only when he added atmospheric turbulence into the equation. He has been adding physical processes into wind turbine models ever since.

"With exascale computing capabilities on the horizon, we are starting to see new possibilities for combining scales and phenomena," Veers said. "The pathway to including more of the relevant inputs requires a comprehensive description of how modeling is approached at each level."

Thanks to these two new volumes from Veers and his colleagues, the path toward large-scale wind plant models is now a little clearer. 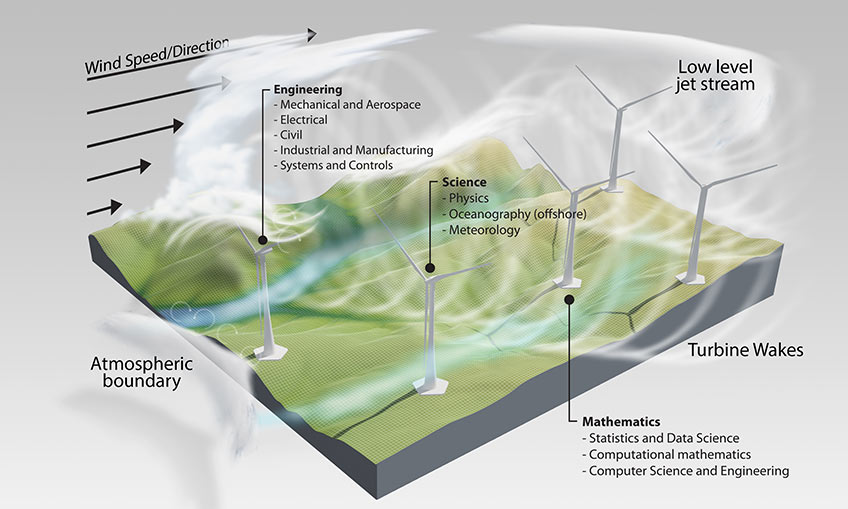 If integrated, a spectrum of science, engineering, and mathematics disciplines can comprehensively address the grand challenges in wind energy science. Illustration by Josh Bauer, NREL