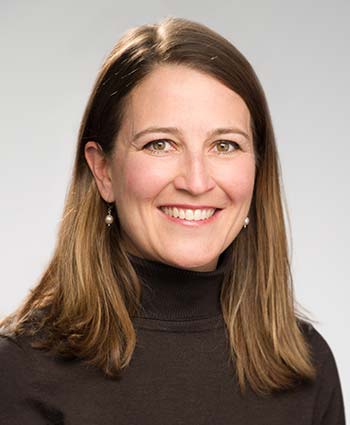 NREL’s Geothermal Laboratory Program Manager Kate Young and Operations Manager Caity Smith are members of the U.S. team selected as the new global chair of Women in Geothermal (WING), an international nonprofit organization whose mission is to promote the education, professional development, and advancement of women in the geothermal industry. The WING U.S. team includes 10 women and “WINGmen” from the geothermal industry, hailing from government, academia, and the private sector.

Young and Smith have been involved with WING since participating in an initial brainstorm that hatched the idea during the Geothermal Resources Council 2013 annual meeting in Las Vegas. Both attest to the need to support female professionals in the geothermal industry. Throughout her career, Young recalls being “the only woman in the room or on a team more often than not,” and she doesn’t remember ever being in a meeting comprising more than 5% to 10% women. Smith agrees, “It’s still very much an old boys club in our industry, but it’s exciting to see we’re definitely getting more women, more young women, and more importantly, support from the industry WINGmen for equality.”

Young also stresses the importance of men’s involvement in WING to become better allies to women in the geothermal industry in general. In fact, the organization has a goal to achieve 50% male membership. Young affirms, “This isn’t an organization just for women, and it isn’t about empowering women over men. Studies have shown, conclusively, that having equality benefits everyone by creating a stronger work force, stronger work products, stronger companies, stronger industries, and stronger economies.”

As the new global chair of WING, the U.S. team has big plans for their tenure. These include global WING awards that recognize professionals who embody organizational core values. WING is also working with global geothermal industry organizations to develop and implement antiharassment policies within the industry and provide a venue to address complaints. They are examining possibilities for a mentorship program, providing support to organizations interested in improving gender equality in their workplace, and identifying ways to foster collaboration among WING teams and their counterparts in other countries. Smith says it’s all about creating connections: “What can we learn from our counterparts in other countries? What challenges do they face or overcome and how can we best provide support, so that as an industry we can advance and learn from each other?”

Young, Smith, and the rest of the U.S. team will start their chairmanship at the 2020 World Geothermal Conference in Reykjavik, Iceland, continuing the work of connecting and supporting women and WINGmen around the globe.