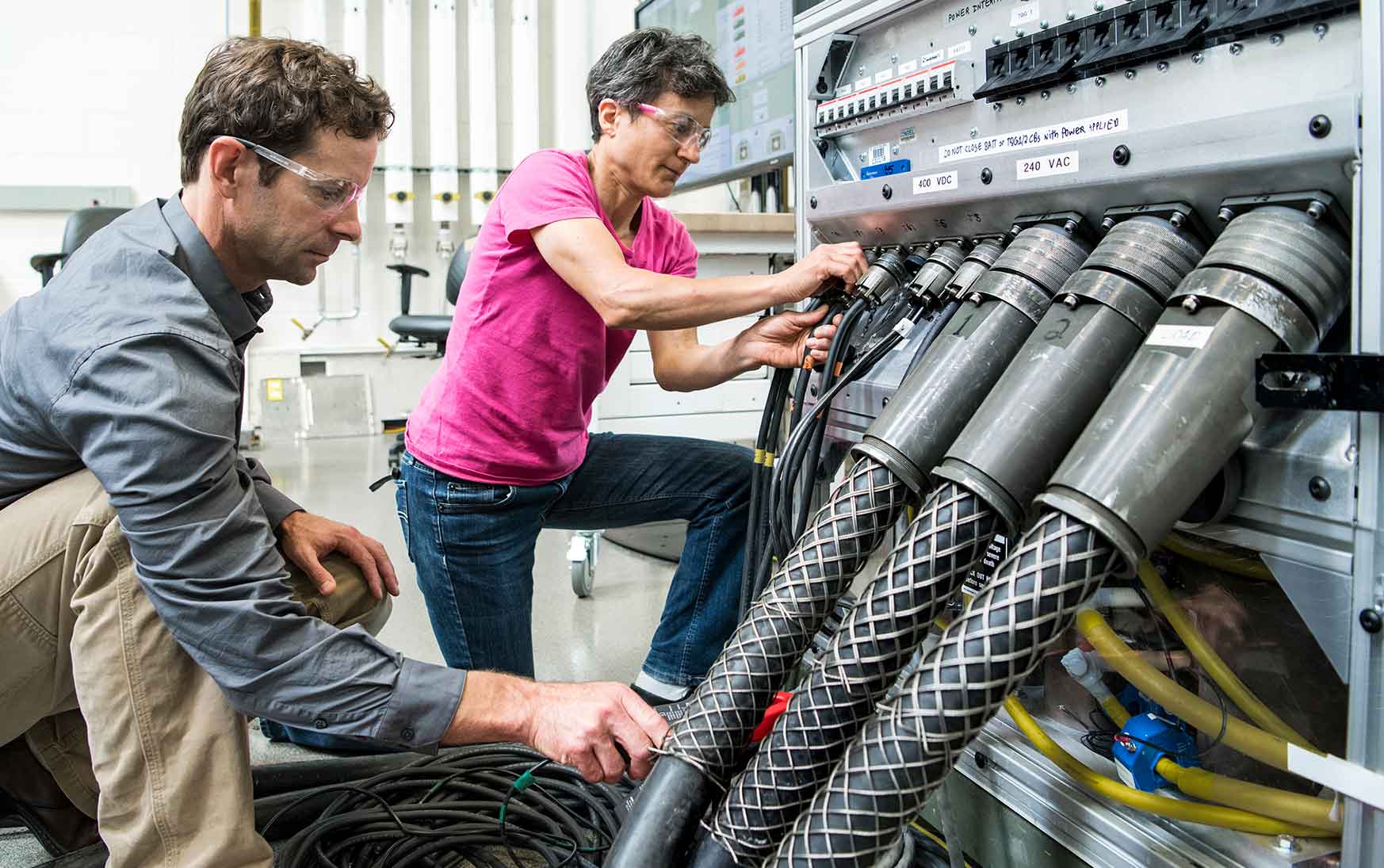 Gregory Martin and Mariko Shirazi examine the CUBE, which can take power from a variety of sources and deliver an uninterrupted flow of electricity. Photo by Dennis Schroeder

You might envision something called the CUBE as square and looking like a Borg ship from "Star Trek," but you would be wrong. Within the world of renewable energy, CUBE is an acronym (short for Consolidated Utility Base Energy) and is more rectangular in shape, measuring about three feet wide, twice as long, and five feet tall. It's a small machine with a big job: ensuring electricity flows smoothly to the U.S. Army's forward operating bases.

The genius of the CUBE, which was developed at the Energy Department's National Renewable Energy Laboratory (NREL), is that it converts power from different sources (such as solar panels, batteries, and generators) into usable electricity—and swiftly switches between the different sources for an uninterrupted power supply. With the potential to replace diesel-powered generators at forward operating bases, the CUBE could literally be a lifesaver.

According to a 2009 report from the Army Environmental Policy Institute, fuel-supply convoys can fall under attack, resulting in a significant number of fatalities. The document quoted a veteran Marine officer who urged the use of renewable energy to help avoid such casualties.

"If you can reduce how much fuel you'll need, that's fewer people shipping fuel across dangerous country," said Gregory Martin, who co-designed the CUBE with another NREL electrical engineer, Mariko Shirazi. Martin oversaw the mechanical side while Shirazi handled the electrical design. 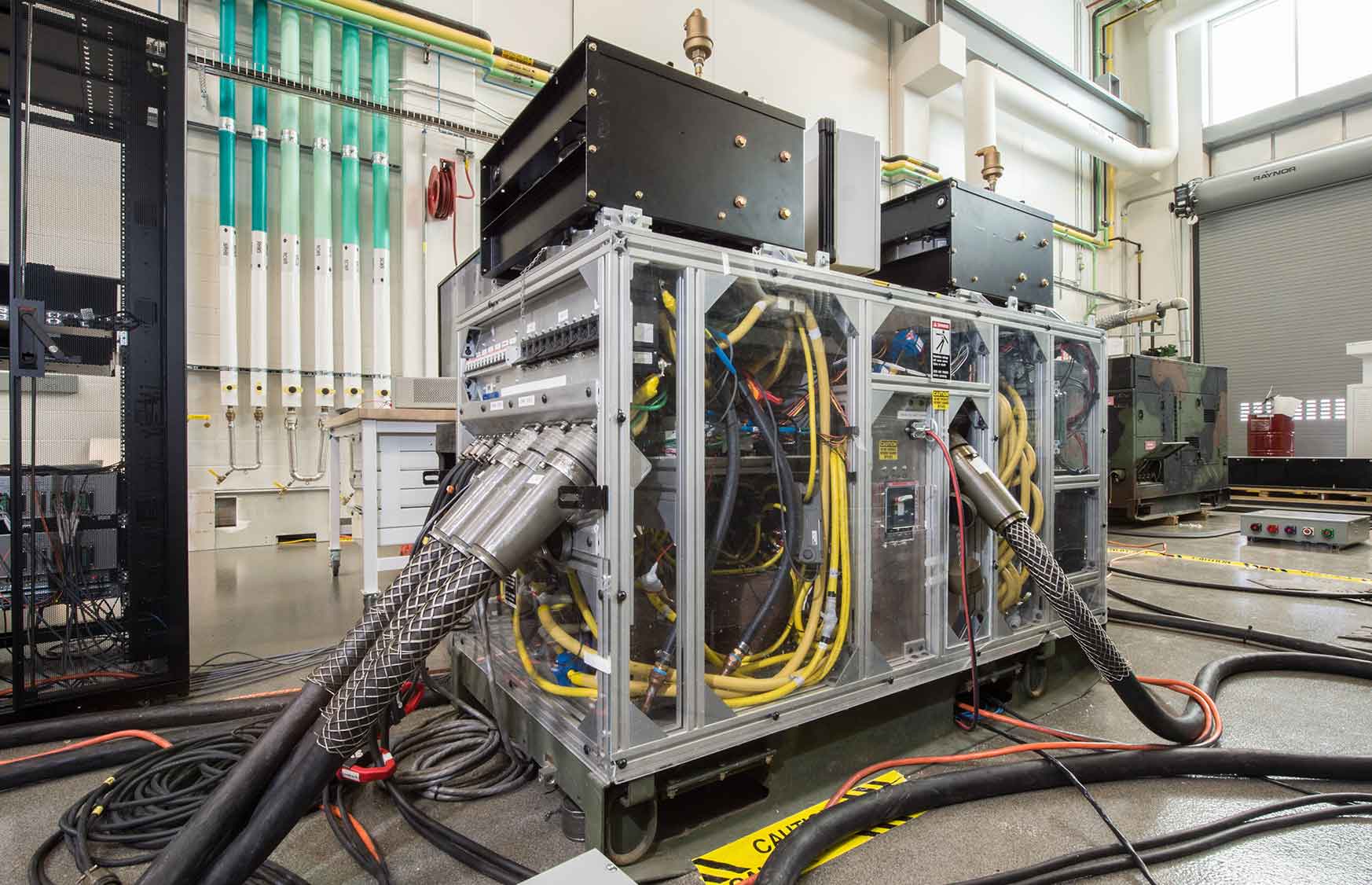 Consolidated Utility Base Energy, or CUBE, was developed for the U.S. Army to use in forward operating bases. Photo by Dennis Schroeder

Origins of the CUBE date to 2007 when representatives from the Army's Mobile Electric Power division visited NREL's National Wind Technology Center. There, at the Distributed Energy Research Test Facility, Senior Engineer Bill Kramer demonstrated NREL's microgrid capabilities—and later proposed testing and evaluating some of the unit's mobile electric power systems, including a small wind turbine, roll-out solar panels, batteries, and small diesel generators. When the Army requested additional tests, Kramer turned to Martin to run advanced simulations on different combinations of power sources. He determined that, by taking advantage of multiple energy sources, the Army could cut its diesel fuel use by as much as 25%.

"Bill was the vision behind this," said Shirazi, who stepped into the role of principal investigator after Kramer left the project in 2013. "He told them, we can build you a prototype to confirm the simulation." And so the CUBE was born.

"The Army wanted to know what the tradeoffs were for size and weight of batteries, solar, and power conditioning technology, including intelligent dispatch for diesel fuel reduction in the field," Martin said.

Testing continued in the ESIF over the course of several years, capped by two 24-hour runs to demonstrate just how well the CUBE worked. "We actually had to stay overnight," Shirazi said. "We didn't have permission to run this unattended so we had people stay 24 hours. I slept in the other room." Drawing power from two diesel generators, a lithium-ion battery, and simulated solar panels, the CUBE achieved a 31% savings in fuel use compared to the diesel generators operating alone. The results were calculated using the power demands of a mock forward operating base at a statewide military exercise and a solar profile from NREL data. 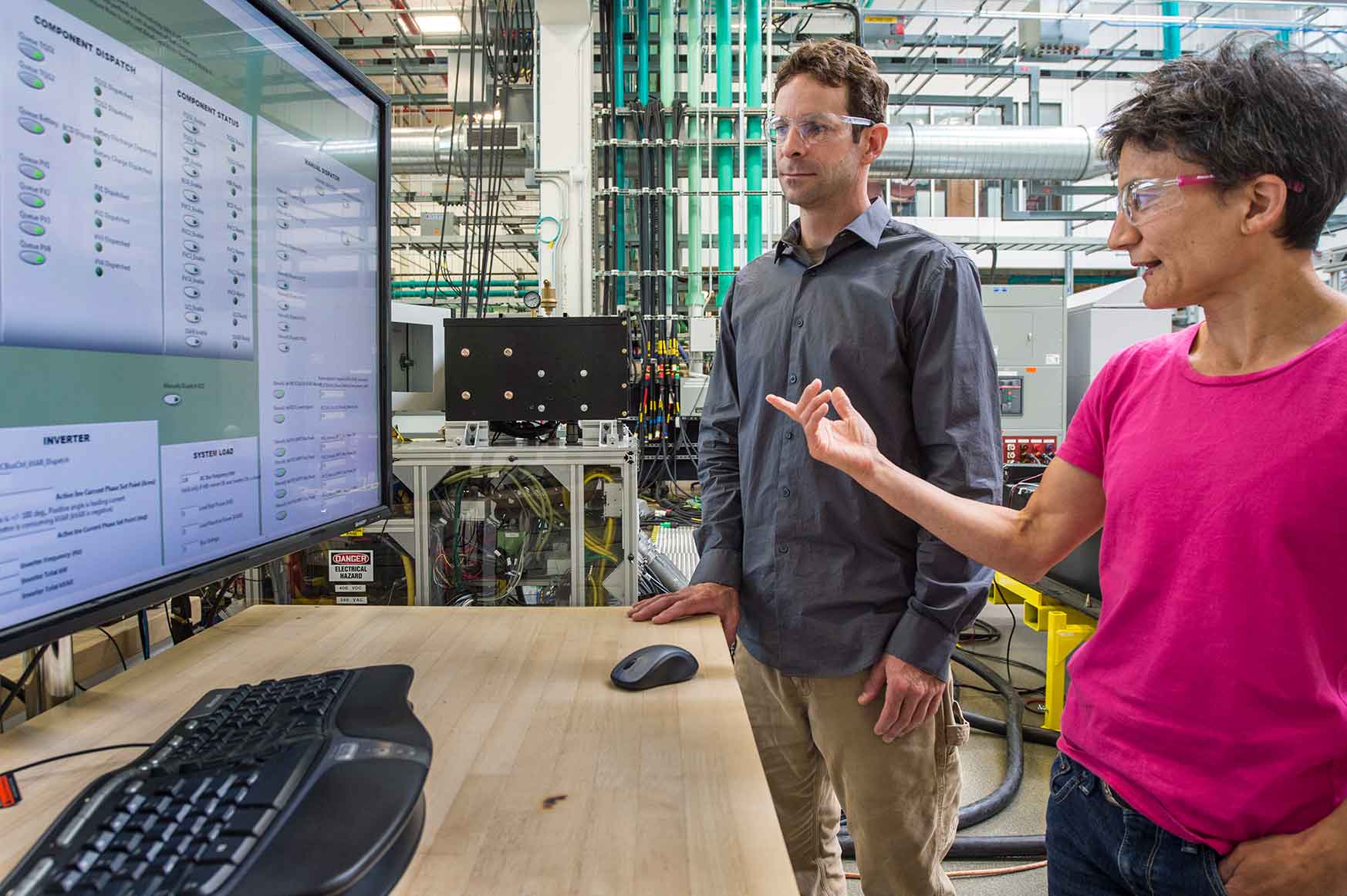 Martin designed the device to meet military specifications. To handle wide swings in temperature that some bases experience, the CUBE's components can withstand conditions up to 140 degrees Fahrenheit and down to 40 degrees below zero. A liquid-cooled system similar to a truck's radiator offers added protection against extreme climates.

"The design strategy is there to allow it to operate in those environments, but that particular unit is very much a lab queen," Shirazi said about the prototype. "We're not manufacturing experts. If you look at it, there are wires all over the place. It looks like spaghetti in there. It's a maintenance nightmare. If anybody ever wanted to replace something, you've got to take the whole thing apart to get at it. From a mechanical integration point of view, it would need to be designed by somebody with manufacturing expertise."

NREL's main contribution was designing the control platform that allows the CUBE to operate in 18 different modes—and to transition smoothly from one mode to another. "We don't have any patents on the hardware," Shirazi said. "It's not really patentable. It was a lot of blood, sweat, and tears, and it was a massive system integration effort, but it's not something you can patent. We have copyrighted the software, though. The software is available for license."

The software allows the military to draw power from whatever source is available, including the local grid, and convert it into stable, usable electricity. If the CUBE is connected to solar panels, diesel generators, and a battery, for example, the software decides which one to use. If plenty of solar power is available, the CUBE can shut down the generators without a blip in the output.

Under direction from REF, modifications—including replacing the 575-pound alternating-current transformer with a 175-pound direct-current transformer—made the CUBE easier for the Army to lug around. "That's critical for a forward operating base because it's much lighter," Martin said.

And potential applications for the CUBE don't end there. The CUBE could help generate electricity in other remote locations, or even provide emergency power to areas battered by natural disasters. It is, after all, designed to be adaptable.

Learn more about NREL's Energy Systems Integration Facility, one of the only megawatt-scale research facilities in the United States that enables integration studies at full power and actual load levels in real-time simulation. It is designed to be a connecting point for industry, academia, and government to work together to solve some of the most complex and important global challenges of our time.