NREL Senior Engineer Mathew Keyser holds a sheet of copper discs, one of the metal components that comprise the NREL Internal Short Circuit (ISC) device, capable of emulating latent defects that can cause escalating temperatures in lithium ion batteries and lead to thermal runaway. Industry can use the NREL ISC device to evaluate solutions intended to address this issue. Photo by Ellen Jaskol, NREL

Every day, lithium-ion (Li-ion) batteries are used safely in millions of cell phones, laptops, and electric-drive vehicles (EDVs). At the same time, Li-ion batteries have a tendency to overheat in very rare occasions, which has led to electronics product recalls and the grounding of Boeing's 787 Dreamliner airplane shortly after its maiden flight. The Energy Department's National Renewable Energy Laboratory (NREL) recently patented the Internal Short Circuit (ISC) device to enhance these battery designs by testing the effects of a latent internal short circuit and related escalating temperatures, which can lead to thermal runaway and hazards for drivers, air passengers—and astronauts.

Space explorers' very lives depend on the reliability of Li-ion batteries used to power everything from communications systems to lights and breathing apparatus. The similarities between Li-ion batteries used in spacesuits and EDVs led NREL to join forces with NASA in finding new, more precise ways to trigger internal short circuits, predict reactions, and establish safeguards in the design of battery cells and packs. Now, the resulting first-of-its-kind ISC device is being used by NREL, NASA, and manufacturers to study battery responses to these latent flaws and determine solutions.

"The trials with NASA have more than proven the benefits of the ISC device in terms of consistent and reproducible results," said Matthew Keyser, NREL senior engineer and one of the inventors of the device. "Working with other longstanding partners, battery makers, and industry groups like the U.S. Advanced Battery Consortium (USABC) helps make batteries safer, and ultimately improve the performance of EDVs."

Li-ion batteries are the industry choice for EDVs and other technologies because of their light weight and high storage capacity. Yet perceived issues related to thermal safety of these batteries do create barriers for more widespread adoption of EDVs, which include hybrid, plug-in hybrid, as well as fully electric vehicles. As Keyser explained, the likeliness that an Li-ion battery will go into thermal runaway is one to 10 in a million cells (one to 10 parts per million) for electronics; however, Li-ion batteries are more sensitive to overheating than less-efficient rechargeable batteries, because of an electrolyte that can be thermally unstable at high temperatures.

Using the tiny, easy-to-implant ISC device for diagnostics and licensing it to industry is an important step in removing those obstacles and making batteries used in EDVs as safe as possible.

A True Test of Internal Reactions and Resulting Propagation

While naturally occurring internal short circuits are caused by a multitude of factors, these events are usually triggered by a minor internal flaw, such as a small foreign particle that was introduced to the battery cell during the manufacturing process.

Knowing how to predict the behavior of a battery cell through the use of NREL's ISC device may also prevent circumstances that lead to thermal runaway. If an internal short does occur, containing thermal runaway to a single cell can limit the damage. The device can help battery manufacturers determine how to best minimize the spread of thermal runaway through design measures, such as placing barriers between cells, ensuring that vents are directed away from other cells, and taking special precautions with electrical connections between cells.

The ISC concept represents an evolutionary leap forward from the current methods used to induce battery short circuits, like nail penetration, rod penetration, crushing the battery, applying voltage, or increasing the battery's temperature. Built into the battery being tested, the new NREL tool is the first capable of replicating a naturally occurring internal short without tampering with the cell exterior.

"When you put a nail through a battery, your control over what actually causes the short is minimal," said Keyser. "As the nail is driven deeper into the cell, it impacts different components and compromises the structural integrity of the cell."

In contrast, the NREL device acts as a thermal switch contained completely within the cell, delivering consistent and controllable reactions. The ISC device can be placed in any location within a cell and produce all four types of shorts—electrode to electrode, electrode to cathode, electrode to anode, and cathode to anode—each of which elicit different responses, from benign to severe.

The genius of the ISC device can be attributed in part to its simplicity. It is comprised of a small copper and aluminum disc, a copper puck, polyethylene or polypropylene separator, and thin layer of wax (as thin as the diameter of one strand of hair). After implantation of the device in a cell, an internal short circuit is induced by exposing the cell to higher temperatures and melting the thin layer of wax, which is then wicked away by the separator, cathode, and anode, leaving the remaining metal components come into contact and induce an internal short. Sensors record the cell's reactions.

But that simplicity can be deceptive. In-depth research was required to identify the best but sometimes unconventional components for the device, such as the right wax. Wax has a melting point ranging from 30 to 150 degrees Celsius, but researchers soon discovered that paraffin wax, the same material used in candles, was too brittle and would crack when wound into the jelly roll of a battery cell. They finally settled on microcrystalline wax, which is much more pliant and is used in a wide range of non-technical applications, including cosmetics and hairspray. A mixture of microcrystalline with paraffin wax created the perfect level of tackiness, malleability, and firmness to produce a consistent internal short circuit when it melted. 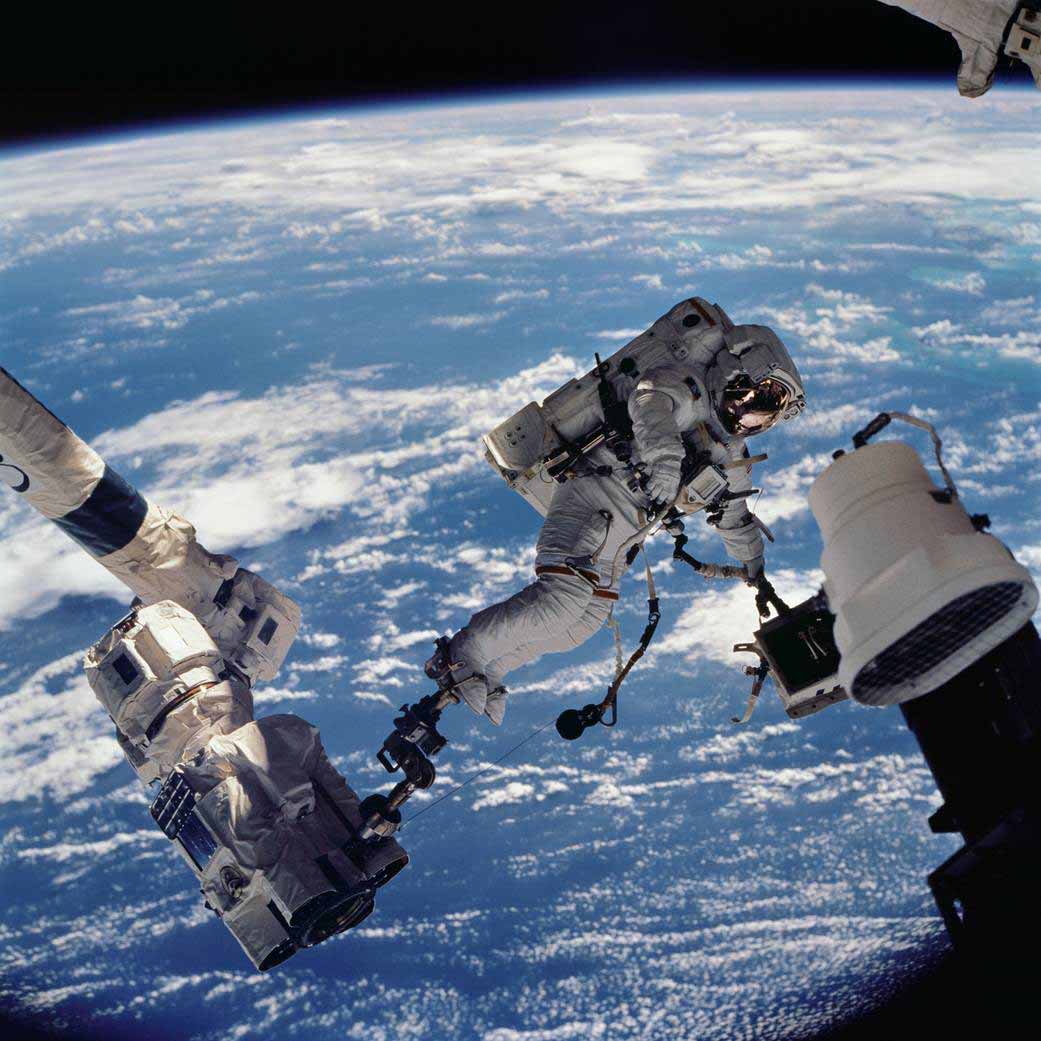 Space explorers' very lives depend on the reliability of Li-ion batteries used to power everything from communications systems to lights and breathing apparatus. NREL joined forces with NASA in finding new, more precise ways to trigger internal short circuits, predict reactions, and establish safeguards in the design of battery cells and packs. Image Credit: NASA

After testing Li-ion batteries at different cycle stages for the past five years, Keyser and his team are entering into conversations with battery manufacturers about producing the device on a larger scale. NREL continues to work with NASA on further improving spacesuit battery safety with modeling, and more automotive battery manufacturers are embracing the benefits delivered by the ISC device.

"As NASA and our partners run additional tests with the ISC device, and use that data to validate our models, that builds our confidence that we're simulating correctly and can apply our models to other systems, like automotive systems," said NREL Senior Engineer Kandler Smith, who is working with NASA on battery safety.

As more and more manufacturing companies gain access to the ISC device, NREL expects to see a significant industry-wide shift in Li-ion battery design and material selection, choosing the right configurations and components to make batteries safer, and increasing the appeal of EDVs.