NREL's hydrogen safety, codes, and standards projects focus on ensuring safe operation, handling, and use of hydrogen and hydrogen systems through safety sensors and codes and standards for buildings and equipment. 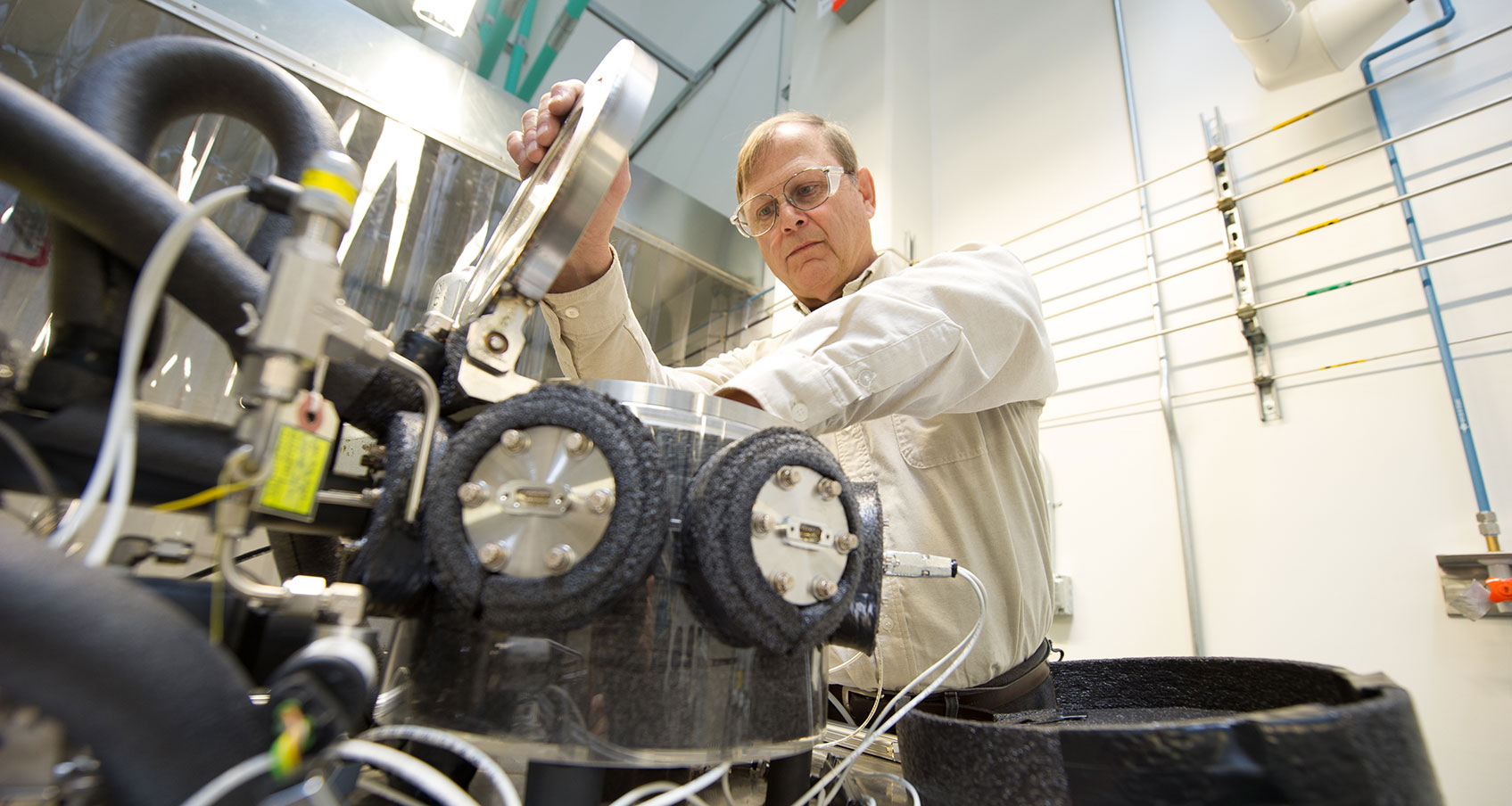 To facilitate hydrogen safety, NREL is testing hydrogen sensors that detect leaks and monitor gas purity at the Safety Sensor Testing Laboratory. Because hydrogen is colorless and odorless, sensors are important for safe hydrogen fueling stations, equipment, and facilities.

Other sensor projects include testing wide-area visible hydrogen sensors and low-cost sensor arrays to address the transfer of instrument calibration between devices and the stability of devices over time. NREL explores the application of gettering polymer films for coating onto pipe and joined surfaces, gettering gasket materials based on Teflon composite materials, and incorporating sensor chemicals into coating and gasket materials.

Scientists and engineers at NREL's Safety Sensor Testing Laboratory collaborate with a variety of partners from industry, academia, and other research organizations to develop and test hydrogen sensor technologies. In addition to partnering with organizations in the United States, NREL has formalized a Memorandum of Agreement (MOA) with the European Commission's Joint Research Centre (JRC) Institute of Energy and Transport in The Netherlands.

This arrangement synergizes the efforts of both laboratories and leverages output by:

Highlights of this collaboration include:

For detailed information about this project, refer to the progress report.

A National Agenda for Hydrogen Codes and Standards, C. Blake, International Symposium on Materials Issues in a Hydrogen Economy (May 2010)

Introduction to Hydrogen for Code Officials