NREL researchers are investigating the impact of high penetrations of wind and solar power on the frequency response and transient stability of electric power systems.

The stability of North American electric power grids under conditions with high penetrations of wind and solar power is a concern and possible impediment to reaching Department of Energy renewable energy goals.

There is general concern in the power system industry about the degradation of frequency response over the past two decades because of factors such as the withdrawal of primary or governor response shortly after an event due to load control action, the lack of in-service governors on conventional generation, and the unknown and changing nature of load frequency characteristics. Large penetrations of nonsynchronous or inverter-based generation (such as wind turbines and solar photovoltaics) further contribute to these concerns. Without special operation or controls, these plants do not participate in the regulation of grid frequency. Therefore, when nonsynchronous generation displaces conventional synchronous generation, there is potential for adverse impacts on overall frequency response.

The impact of significant penetrations of renewables on large-scale transient stability is also of concern. Large penetrations of inverter-based wind and solar generation have the potential to alter system stability as a result of changes in angle/speed swing behavior due to reduced inertia, changes in voltage swing behavior due to different voltage control systems, different power flow patterns, and displacement of synchronous generation at key locations. 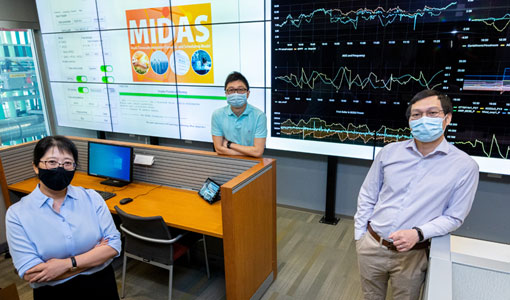 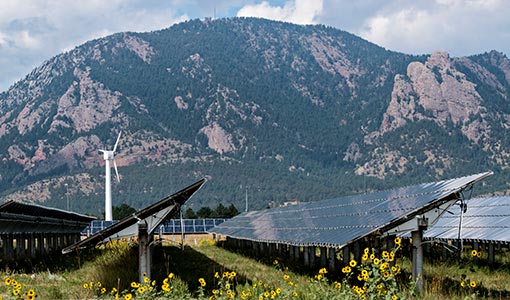 Assessing the Value and Impact of Dispatchable Concentrating Solar Power

In this project, researchers are evaluating the impact of concentrating solar power plants on grid reliability. The goal is to identify renewable energy penetration levels and mixes, severe disturbances, and load conditions in which grid performance and reliability could be enhanced with frequency-responsive controls on concentrating solar power plants.

In this project, frequency response and system inertia impacts will be investigated based on measurement-validated power grid models and high PV-penetration scenarios. In addition, remedial options to address low inertia and reduced frequency response will be developed and validated.

Frequency Response of the US Eastern Interconnection Under Condition of High Wind and Solar Generation, IEEE Green Technologies Conference (2015)

Transient Stability and Frequency Response of the US Western Interconnection Under Conditions of High Wind and Solar Generation, IEEE Green Technologies Conference (2015)