NREL's control algorithms for autonomous energy systems (AES) deconstruct large-scale, centralized control and operations into smaller decisions so that central operators are not overwhelmed by data and communications.

This is an efficient and cost-effective approach to controlling a future grid with large numbers of distributed energy resources and reaping the benefits of innovative technologies with variable generation.

To make this a reality, NREL developed cutting-edge control algorithms around key objectives: 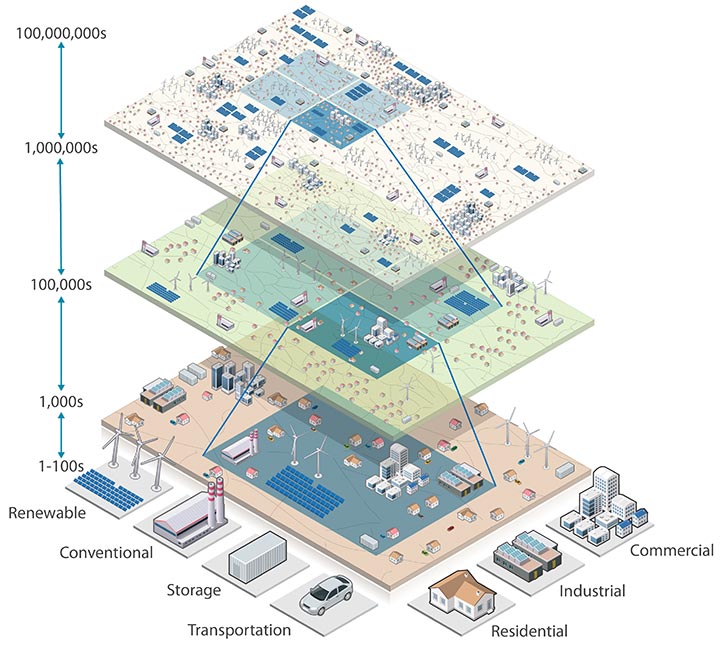 Autonomous energy systems can scale from hundreds to millions of devices.

NREL's AES algorithms automatically connect and disconnect from the grid to operate in grid-connected or island mode, which can result in improved customer reliability, cost reduction, and resilience to grid disturbances. Additionally, researchers developed and tested an algorithmic framework for real-time optimization of distributed energy resources, so that wind turbines or solar PV could provide service to the grid within operational and engineering constraints.

NREL has made fundamental advances in areas such as:

Online Optimization as a Feedback Controller: Stability and Tracking, IEEE Transactions on Control of Network Systems (2019)