High-accuracy public data on photovoltaic (PV) module degradation from the Department of Energy (DOE) Regional Test Centers will increase the accuracy and precision of degradation profiles calculated for representative PV hardware installed in the U.S.

Project developers' assumptions on the initial performance of PV systems can affect calculations of project finance and commercial viability. Due to the typical slow pace of PV module degradation—often less than 1% per year—the reported degradation can be undetectable (within measurement uncertainty) for the first several years of operation. However, with careful indoor current-voltage (I-V) curve methods and higher frequency of measurement, greater accuracy in degradation profile can be distinguished. This effort investigates equipment widely deployed across the U.S. and addresses multiple deployment climates. In particular, a focus is on early-life degradation of PV modules, which may indicate stepwise degradation functions that are too subtle to be detected through typical outdoor monitoring. Because of the leveraged nature of PV project finance, low initial degradation is more beneficial than constant degradation through the project lifetime. 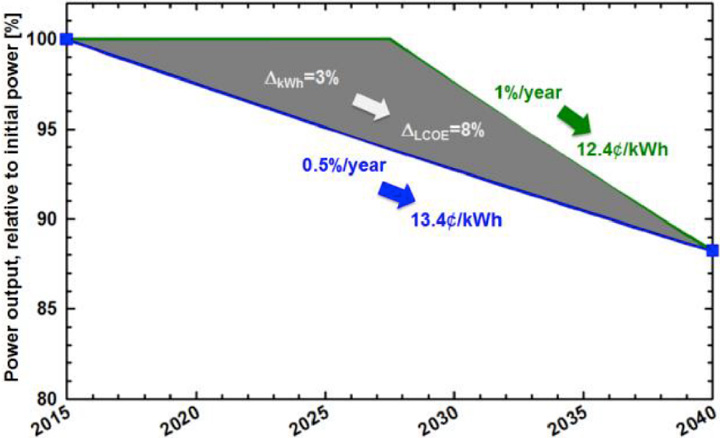 Low initial degradation (green curve) results in more-economical PV installations. Frequent intermediate measurements are required to distinguish one degradation profile from the other.

These activities are funded by the DOE Energy Office of Efficiency and Renewable Energy through the PV Lifetime Project and the SunShot National Laboratory Multiyear Partnership (SuNLaMP) project. Three PV module types are being investigated through the PV Lifetime Project. Additional module types will be installed in following years. Additional system information can be found at Sandia National Laboratories' PV Performance Modeling Collaborative website and in the following publications: 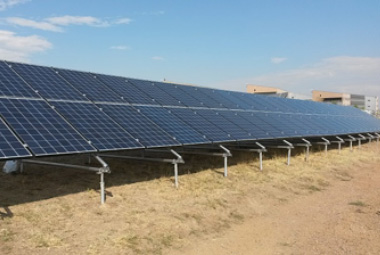 PV systems composed of 28 modules each of Jinko JKM260P-60 and Jinko JKM265P-60 were deployed at NREL (Golden, Colorado) and Sandia (Albuquerque, New Mexico). The systems are grid-tied through an ABB TRIO 20.0 inverter, in two strings of 14 modules apiece.

Initial baseline PV data were taken September 2016, with the modules installed at Voc October 2016. The PV system was grid-tied in April 2017. An initial light-induced degradation of ˜1.5% was detected following 10+ kWh/m2 of light exposure. 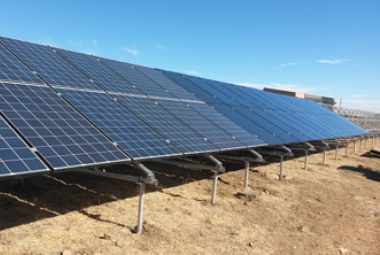 PV systems composed of 28 modules each of Trina TSM-PD05.08 260W and Trina TSM-PD05.05 255W (black backsheet) modules were deployed at NREL (Golden, Colorado) and Sandia (Albuquerque, New Mexico). The systems are grid-tied through an ABB TRIO 20.0 inverter, in two strings of 14 modules apiece.

PV module baseline data were taken in October 2016, with modules installed Oct. 26, 2016. The PV system was grid-tied in April 2017. An initial light-induced degradation of less than 1% was detected following 10 kWh/m2 of light exposure. 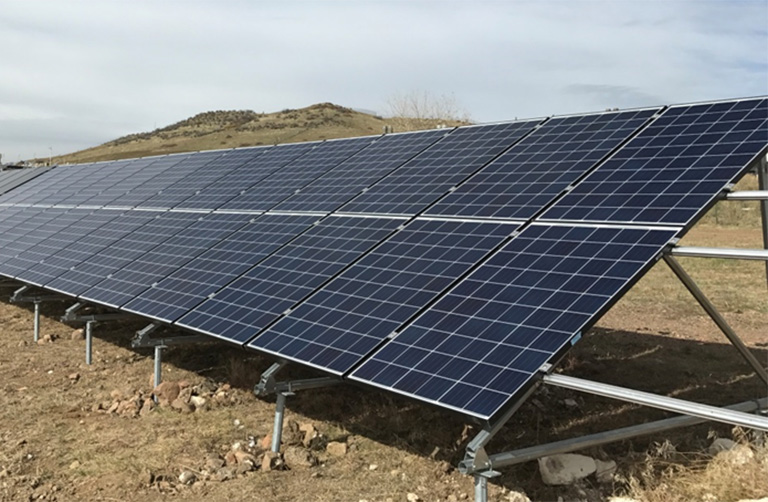 PV module baseline data were taken in July 2017, with modules installed Oct. 27, 2017. An initial light-induced degradation of less than 1% was detected following 10 kWh/m2 of light exposure. 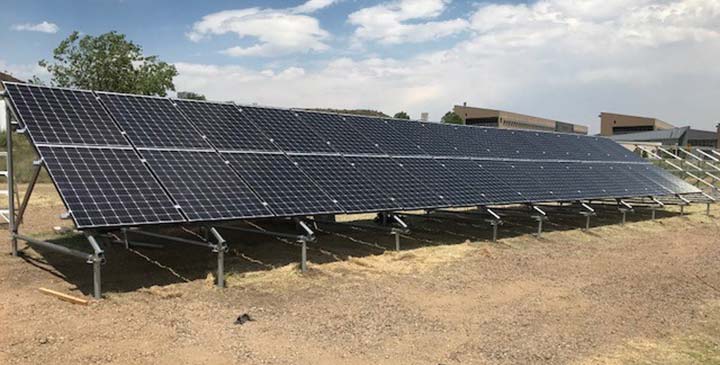 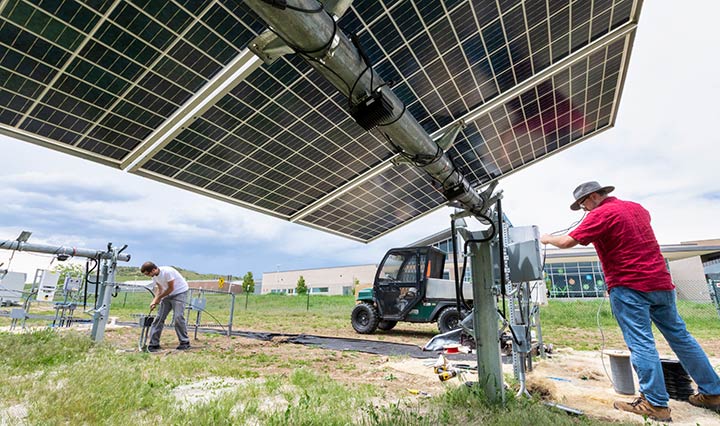 PV module baseline data were taken in early 2019, with modules installed March 2019. A subset of data will be made available publicly.

RdTools is a set of Python scripts and software for analysis of photovoltaic time-series data. The open-source tools were developed in collaboration with industry to bring together best practices and years of degradation research from NREL.

Additional details on software methodology and updates can be found on the RdTools info page and on the GitHub software repository.

Progress and Frontiers in PV Performance (2016)

Different reliability failure modes may present themselves as performance loss that is nonlinear or piecewise linear. A crystalline silicon PV module exhibited stable performance from 2006 through 2016 until a cell crack led to a hot spot and a sudden nonlinear performance drop in maximum power.

An update to the original PV Degradation Rates paper has summarized over 11,000 data points and has distinguished between high-quality studies (multiple measurements) and single-point measurements that depend on the nameplate value of PV modules being correct. Using only high-quality data for crystalline silicon modules yields a degradation rate of 0.5% per year. See the complete paper.

PV Degradation Methodology — A Basis for a Standard (2016)

Real-time outdoor data can be mined to extract system and module performance. However, the methodology used to filter and analyze the data can directly impact the calculated rate, particularly for short data time-series. In particular, two methods are compared: standard linear regression and a year-on-year method.

An analysis of 1.7 gigawatts of PV installations (>50,000 unique systems) has shown several trends. The first is that large-scale reliability problems have not been a problem in the first four operational years of these systems. Second, the systems in general performed better than expected—by 2%–4% on average. Download the complete papers (Paper 1 and Paper 2).

A review of the existing literature has identified 2,000 uniquely measured degradation rates. Median degradation rates for these modules are 0.5% per year. A long tail of lower-reliability products increases the average to 0.8% per year. This study was updated in 2016 (see above) with a significantly increased sample size. Read the original study.

Dr. Stein is a distinguished member of the technical staff at Sandia and the author of many papers related to the performance modeling of solar systems.
jsstein@sandia.gov