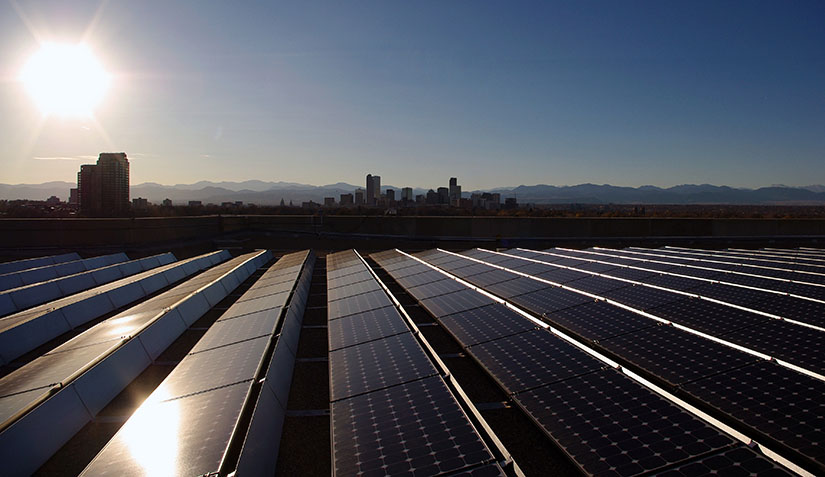 Following an outage, it could be far quicker to restore electricity with energy resources that are close to home rather than miles of transmission line away. In fact, many outages might be avoided altogether by configuring local resources into rugged microgrids. The National Renewable Energy Laboratory (NREL) is showing how to design such decentralized resilience using only renewable energy in the Department of Energy (DOE)-led project AURORA: Autonomous and Resilient Operation of Energy Systems with Renewables.

AURORA is a three-year effort with Siemens, Holy Cross Energy, and Columbia University to demonstrate resilient microgrids powered only by inverters—the electronic devices that interface renewable energy with the electrical grid. The project is nearing completion as the partners collect data with NREL’s 40-inverter test bed. Results will show one of the first examples of system restoration with 100% renewable energy and using multiple distributed energy assets.

“In this project, we are building harmony among distributed energy resources, such as renewables and storage, in order to demonstrate black start using grid-forming inverter technology,” said Gab-Su Seo, a project lead at NREL. “Until now, inverters have relied on the bulk power system. Now we are showing that inverters can not only form the grid, but they can collectively maintain the grid in ways that are very useful for resilience.”

More than ever, energy is being generated close to where it is used. That opens the possibility of operating in a more decentralized way, when necessary. For example, a disaster could isolate residents from their energy supply, as it did in Puerto Rico in 2017, cutting power to a large service area even when the issue is a few downed transmission lines. Rather than wait for restoration, as we commonly do with our current centralized grid, a patchwork of microgrids could recover first with local energy resources and then reconnect with the larger grid following repairs. The design also improves restoration for the bulk power system.

That is the idea behind the AURORA project, which is only possible thanks to the configurability of modern power inverters. The project began by developing the inverter controls, which involved collaboration between Siemens and NREL researchers. The team then designed a test bed on NREL’s campus modeled after a utility distribution system. The test bed featured 40 programmable inverters, outfitted with the decentralized controls and validated under outage scenarios.

Compared to the centralized grid, the AURORA approach is flexible; the inverters allow for dynamic connections and reorganization between assets. This makes for a more responsive grid—one that can scale back or expand its connectedness—and is an important feature of future renewable-heavy systems.

Creating the Grid With Renewable Energy

The AURORA project fits into a wider effort led by NREL named the UNIFI consortium, which aims to streamline grid-forming inverter designs for renewable-heavy systems through collaborative R&D. Many industry and research groups around the world have stepped in to support UNIFI and start to collectively develop the guidelines that will shape upcoming electrical systems.

“Inverters are arriving, and there is a lot of interest in taking advantage of these devices for a range of grid applications. UNIFI is a way to share findings, coordinate efforts, and set standards across the power industry so that renewables can be the foundation for the future grid,” Seo said.

NREL is very involved in designing inverter-based systems, with projects ranging from creating hybrid power plant controls to innovating a tool for renewable resource scheduling. But there is still significant work ahead, which is outlined in NREL’s Research Roadmap on Grid-Forming Inverters.

The AURORA project will shed light on a few other challenges in inverter-based systems, including how to synchronize the inverters, how to balance communications and communication-less controls, and how to configure protection systems. These results will help UNIFI and the entire industry in addressing shared electrical grid challenges as the world works toward clean, reliable, and resilient energy systems.