To Toss, Repair, or Recycle? How Human Behavior Affects the Fate of Aging Solar Panels

To maximize the value of solar PV materials and minimize waste, there is growing interest in sustainable end-of-life PV options and establishing a circular economy for energy materials. Most research thus far has focused on how to technically and economically recycle or reuse PV materials but does not consider how social behavior factors in. By considering consumer awareness and behavior, consumers could become a part of the solution and help accelerate the adoption of circular economy approaches.

“Consumer awareness and attitude are an important piece of the puzzle that must be considered in PV circular economy research and solutions,” said Julien Walzberg, lead author of a new article titled “Role of Social Factors in Success of Solar Photovoltaic Reuse and Recycle Programs” in Nature Energy. “A solution may be technically feasible, but if there’s no incentive for consumers to do it, it won’t work.”

For the first time, Walzberg and National Renewable Energy Laboratory (NREL) analysts applied agent-based modeling to end-of-life PV management to understand how people make decisions about recycling or reusing PV modules—marking a major shift in how we understand the potential for circular economy strategies to be successful. As discussed in a follow-on Nature Energy article, the NREL analysis shows the importance of factoring in peer influence and attitudes toward recycling to reflect the real-world situation and accelerate circular economy strategies. The authors of the accompanying article—including Professor Martin Green of University of New South Wales, recipient of the Alternative Nobel prize in 2002 and Global Energy Prize in 2018—make a call for all future research on circular economy strategies to consider social factors like Walzberg demonstrated for the first time.

Agent-based modeling represents a group of customers as "agents," or independent decision-making entities that are trained based on data to simulate decisions made on behalf of the people they represent.

Based on agent decisions, the model calculates PV mass avoided in landfills and costs to society like costs for manufacturers or net revenue for recyclers and installers. The model also factors in the learning effect for module recycling, or the decrease in recycling costs due to larger volumes and technology advancement.

In the baseline scenario that reflects today’s conditions, 500 gigawatts of PV are assumed to be installed in the U.S. by 2050 (compared to 104 gigawatts in 2020), generating 9.1 million metric tons of PV waste. Based on the limited information publicly available today, the authors modeled average recycling cost of $28 per module, repair at $65 per module, and landfill at $1.38 per module, where used modules are modeled to be sold at 36% of new module prices.

From 2020 to 2050 in the modeled baseline conditions, approximately 80% of modules are landfilled, 1% are reused, and 10% are recycled. With today’s material recovery rate, the recycled mass totals just 0.7 million metric tons through 2050, or approximately 8%.

“With today’s technology, PV modules are difficult to separate, and the process recovers mostly low-value materials,” Walzberg said. “Because of this, there currently isn’t enough revenue from recycling to offset the high costs, and therefore very little mass is recycled. Our model shows this could lead to a major waste problem by 2050.”

As modeled, lower recycling costs lead to more recycled PV modules. For example, a recycling cost of $18 per module ($10 less than today’s rate) could potentially increase the recycling rate by 36% in 2050.

However, even when recycling costs are still relatively high, social influence can increase the recycling rate. When PV owners know fellow PV owners who recycle and there is general positive attitude toward recycling, the rate increases. This indicates early adopters could help set the trend for others to follow.

“The bump in recycling from social influence shows that adopting a social perspective is important to fully realize and achieve higher material recovery,” Walzberg said.

Another scenario in the study explored the potential impact of a subsidy on recycling rates. Simulations showed that substantially reducing recycling costs through subsidies could encourage recycling and lead to a virtuous circle by increasing the recycled volume, helping to drive down costs for later adopters and increasing recycling volumes more.

In scenarios with the high-recovery process, recycler cumulative net income increases by $1.3 billion in 2050. Add in higher recycling rates or lower recycling costs, and the value of recycled PV modules increases further. 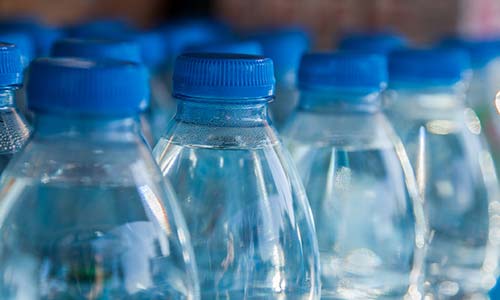 A circular economy for energy materials reduces waste and preserves resources by designing materials and products with reuse, recycling, and upcycling in mind from the start.

Reusing PV modules shows some promise as a circular economy approach. When PV modules have longer warranties, and people perceive new and used modules as having the same value, the reuse rate increases from 1% to 23% in 2050. Because the reuse pathway competes with recycling, the recycling rate decreases to below 1% in that scenario. However, the overall landfill avoidance rate still increases. Moreover, even when nearly all limitations on PV reuse are removed, the supply of reused modules can only meet one-third of growing PV demand.

“While it is possible to reuse a PV module, it doesn’t have the same power efficiency and life expectancy the second time around, so there are limitations to focusing on reuse as the main PV circular economy strategy,” Walzberg said. “Reuse and recycling strategies can be developed in concert. Understanding this interplay is important to move toward solutions that avoid landfilling while maximizing renewable energy generation.”