The Challenge of the Last Few Percent: Quantifying the Costs and Emissions Benefits of a 100% Renewable U.S. Electricity System

Only two decades ago, some scientists were skeptical we could integrate more than about 20% renewable energy generation on the U.S. power grid. But we hit that milestone in 2020—so, these days, experts’ sights are set on finding pathways toward a fully renewable national power system. And according to new research published in Joule, the nation could get a long way toward 100% cost-effectively; it is only the final few percent of renewable generation that cause a nonlinear spike in costs to build and operate the power system.

In “Quantifying the Challenge of Reaching a 100% Renewable Energy Power System for the United States,” analysts from the U.S. Department of Energy’s (DOE’s) National Renewable Energy Laboratory (NREL) and DOE’s Office of Energy Efficiency and Renewable Energy (EERE) evaluate possible pathways and quantify the system costs of transitioning to a 100% renewable power grid for the contiguous United States. The research was funded by EERE’s Strategic Analysis Team.

"Our goal was to robustly quantify the cost of a transition to a high-renewable power system in a way that provides electric-sector decision-makers with the information they need to assess the cost and value of pursuing such systems," said Wesley Cole, NREL senior energy analyst and lead author of the paper.

Expanding on previous work to simulate the evolution of the U.S. power system at unprecedented scale, the authors quantify how various assumptions about how the power system might evolve can impact future system costs. They show how costs can increase nonlinearly for the last few percent toward 100%, which could drive interest in non-electric-sector investments that accomplish similar decarbonization objectives with a lower total tab.

"Our results highlight that getting all the way to 100% renewables is really challenging in terms of costs, but because the challenge is nonlinear, getting close to 100% is much easier," Cole said. "We also show how innovations such as lower technology costs, or alternate definitions for 100% clean energy such as including nuclear or carbon capture, can lower the cost of reaching the target."

This work builds on another Joule article released last month exploring the key unresolved technical and economic challenges in achieving a 100% renewable U.S. electricity system. While some aspects of 100% renewable power grids are well established, there is much we do not know. And because 100% renewable grids do not exist at the scale of the entire United States, we rely on models to evaluate and understand possible future systems.

"With increasing reliance on energy storage technologies and variable wind and solar generation, modeling 100% renewable power systems is incredibly complex," said Paul Denholm, NREL principal energy analyst and coauthor of the paper. "How storage was used yesterday impacts how it can be used today, and while the resolution of our renewable resource data has improved tremendously in recent years, we can’t precisely predict cloudy weather or calm winds." 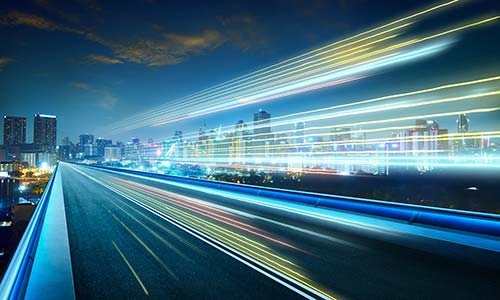 Many prior studies have modeled high-renewable electricity systems for a variety of geographies, but not many examine the entire U.S. grid. And even fewer studies attempt to calculate the cost of transitioning to a 100% renewable U.S. grid—instead, they typically present snapshots of systems in a future year without considering the evolution needed to get there. This work expands on these prior studies with several important advances.

"Over the past couple of years we put a tremendous amount of effort into our modeling tools to give us confidence in their ability to capture the challenges inherent in 100% renewable energy power systems," Cole said. "In addition, we also tried to consider a broad range of future conditions and definitions of the 100% requirement. The combination of these efforts enables us to quantify the cost of a transition to a 100% clean energy system far better than we could in the past."

The analysis represents the power system with higher spatial and technology resolution than previous studies in order to better capture differences in technology types, renewable energy resource profiles, siting and land-use constraints, and transmission challenges. The analysis also uniquely captures the ability to retrofit existing fossil plants to serve needs under 100% renewable scenarios and assesses whether inertial response can be maintained in these futures.

What Drives System Costs? Transition Speed, Capital Costs, and How We Define 100%

The team simulated a total of 154 different scenarios for achieving up to 100% renewable electricity to determine how the resulting system cost changes under a wide range of future conditions, timeframes, and definitions for 100%—including with systems that allow nonrenewable low-carbon technologies to participate.

"Here we use total cumulative system cost as the primary metric for assessing the challenge of increased renewable deployment for the contiguous U.S. power system," said Trieu Mai, NREL senior energy analyst and coauthor of the paper. "This system cost is the sum of the cost of building and operating the bulk power system assets out to the year 2050, after accounting for the time value of money."

To establish a reference case for comparison, the team modeled the system cost at increasing renewable energy deployment for base conditions, which use midrange projections for factors such as capital costs, fuel prices, and electricity demand growth. Under these conditions, the least-cost buildout grows renewable energy from 20% of generation today to 57% in 2050, with average levelized costs of $30 per megawatt-hour (MWh). Imposing a requirement to achieve 100% renewable generation by 2050 under these same conditions raises these costs by 29%, or less than $10 per MWh. System costs increase nonlinearly for the last few percent approaching 100%

Associated with the high renewable energy targets are substantial reductions in direct carbon dioxide (CO2) emissions. From the 57% least-cost scenario, the team translated the changes in system cost and CO2 emissions between scenarios into an average and incremental levelized CO2 abatement cost. The average value is the abatement cost relative to the 57% scenario, while the incremental value is the abatement cost between adjacent scenarios, e.g., between 80% and 90% renewables. In other words, the average value considers all the changes, while the incremental value considers only the change over the most recent increment.

Total bulk power system cost at a 5% discount rate (left) for the seven base scenarios and levelized average and incremental CO2 abatement cost (right) for those scenarios. The 2050 renewable (RE) generation level for each scenario is listed on the x-axis. The system costs in the left figure are subdivided into the four cost categories listed in the figure legend (O&M = operations and maintenance). The purple diamond on the y-axis in the left plot indicates the system cost for maintaining the current generation mix, which can be used to compare costs and indicates a system cost comparable to the 90% case.

Notably, incremental abatement costs from 99% to 100% reach $930/ton, driven primarily by the need for firm renewable capacity—resources that can provide energy during periods of lower wind and solar generation, extremely high demand, and unplanned events like transmission line outages. In many scenarios, this firm capacity was supplied by renewable-energy-fueled combustion turbines, which could run on biodiesel, synthetic methane, hydrogen, or some other renewable energy resource to support reliable power system operation. The DOE Energy Earthshots Initiative recently announced by Secretary of Energy Jennifer M. Granholm includes the Hydrogen Shot, which seeks to reduce the cost of clean hydrogen by 80% to $1 per kilogram in one decade—an ambitious effort that could help reduce the cost of providing renewable firm capacity.

"When achieving a 100% renewable system, the costs are significantly lower if there is a cost-effective source of firm capacity that can qualify for the 100% definition," Denholm said. "The last few percent cannot cost-effectively be satisfied using only wind, solar, and diurnal storage or load flexibility—so other resources that can bridge this gap become particularly important."

Capital costs are the largest contributor to system costs at 100% renewable energy. Future changes in the capital costs of renewable technologies and storage can thus greatly impact the total system cost of 100% renewable grids. The speed of transition is also an important consideration for both cost and emission impacts. The scenarios with more rapid transitions to 100% renewable power were more costly but had greater cumulative emissions reductions.

"Looking at the low incremental system costs in scenarios that increase renewable generation levels somewhat beyond the reference solutions to 80%–90%, we see considerable low-cost abatement opportunities within the power sector," Mai said. "The trade-off between power-sector emissions reductions and the associated costs of reducing those emissions should be considered in the context of non-power-sector opportunities to reduce emissions, which might have lower abatement costs—especially at the higher renewable generation levels."

While this work relies on state-of-the-art modeling capabilities, additional research is needed to help fill gaps in our understanding of the technical solutions that could be implemented to achieve higher levels of renewable generation, and their impact on system cost. Future work could focus on key considerations such as the scaling up supply chains, social or environmental factors that could impact real-world deployment, the future role of distributed energy resources, or how increased levels of demand flexibility could reduce costs, to name a few.

"While there is much left to explore, given the energy community’s frequent focus on using the electricity sector as the foundation for economy-wide decarbonization, we believe this work extends our collective understanding of what it might take to get to 100%," Cole said.