As much as one-third of the carbon in sugar is lost as carbon dioxide (CO2) during fermentation processes that use biomass to make renewable diesel and sustainable aviation fuel (SAF).

That waste CO2 translates into notable consequences for biorefiners scrambling to meet demand for low-carbon biofuels. Less carbon makes it into the fuel, lowering yields. More makes it into the atmosphere as a greenhouse gas, accelerating climate change.

Researchers at the National Renewable Energy Laboratory (NREL) aim to solve both challenges after receiving a nearly $3 million award from the U.S. Department of Energy’s Advanced Research Projects Agency-Energy (ARPA-E). In an NREL-led project with the University of Oregon and industry partners Genomatica and DeNora, scientists will integrate electrochemistry with sugar fermentation to produce lipids used to make biofuels, thereby avoiding the release of CO2 into the atmosphere.

The technology hinges on an electrochemical cell, powered by renewable electricity, designed to convert recycled CO2 into formate.

“With today’s technologies, a lot of carbon is wasted as CO2 during biomass fermentation,” said NREL Senior Research Advisor Randy Cortright, who is directing the project. “We want to put that waste carbon to good use by integrating sugar fermentation with electrochemistry to synthesize lipids used to make biofuel. Formate anchors the process, as it lets us recycle CO2 nearly indefinitely.”

As a versatile energy carrier, formate promotes the fermentation of sugar in a bioreactor, where carbon atoms in the sugar are bound into energy-dense lipids known as fatty acid methyl esters. When formate breaks down during the conversion, the CO2 released is then fed back to the electrochemical cell to create new formate.

The result could be a system with no net CO2 generation and increased lipid yields. Using Genomatica’s commercial-scale fermentation expertise, combined with electrochemical expertise at NREL, DeNora, and the University of Oregon, the researchers hope the project will underscore the value of using formate to enhance carbon yields and recycle CO2. 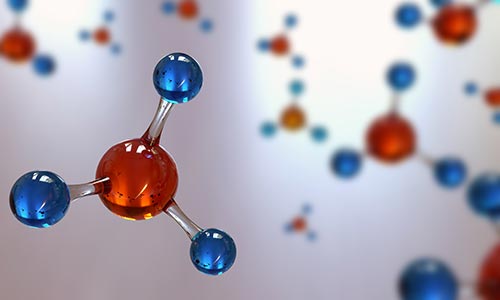 “This could be a critical milestone not only because it can help meet increased demand for SAF and other renewable biofuels,” Cortright said. “It can actually lower those fuels’ carbon footprints.”

U.S. renewable diesel refiners have announced goals to expand production from 0.4 to 4 billion gallons per year by 2024. Similarly, U.S. airlines are calling for more SAF to help lower greenhouse gas emissions across the aviation industry.

The technology could be important for realizing those targets. Moreover, it could become a telling success story on the possibilities of using electrochemistry to decarbonize other refining processes.

The NREL-led team is receiving the funding as part of ARPA-E’s Energy and Carbon Optimized Synthesis for the Bioeconomy program, which focuses on developing advanced synthetic biology tools to engineer novel biomass conversion platforms and systems that are more efficient and produce fewer emissions than current fermentation processes widely used in biorefining.