Reliability Analysis of the U.S. West Reviews Barriers to a Renewable Future

The Western Interconnection is an electric grid that connects power from Canada down to Baja California, and from the Great Plains to the Pacific. It also represents an electric system in transition: a steady increase in renewable energy sources, especially solar photovoltaics (PV), is presenting choices today with impacts that will last for decades. As part of a multistate collaboration, the National Renewable Energy Laboratory (NREL) has modeled and assessed long-term reliability and integration impacts of solar PV growth in the western United States, with broader lessons for power grids and renewable policies.

"The rapid growth of distributed solar PV generation in the West presents valuable opportunities to help states meet their clean energy goals, but also presents potential challenges related to interconnection, reliability, and rate-design barriers," said WIEB Director of State, Federal, and International Affairs Holly Taylor. "WIEB was proud to partner with research scientists at NREL in an effort to identify opportunities that mitigate electric system reliability barriers to PV deployment, and to bring the findings of this important work to WIEB's western state partners."

"It was a unique experience to step back and gather information from internal and external experts during project start-up," said Elaine Hale, the project lead at NREL. "From that firm grounding, we were able to study and present analysis on a range of timely issues."

The project team narrowed the potential challenges into four categories: bulk dispatch, system planning, dynamic stability, and the distribution grid. These categories were used to focus NREL analysis on several facets of grid reliability, which were published in the series of NREL reports. Summaries of the reports follow.

In the report titled "Power System Flexibility Requirements and Supply," the project team considered the quantity of power system flexibility in the West and its sufficiency for managing significant growth in solar PV (see Figure 1). Following an analysis that applied NREL's Resource Planning Model (RPM), as well as PLEXOS for simulating electricity production, NREL found that the Western Interconnection has considerable inherent flexibility, and under the PV integration scenarios studied, there is plenty of ramping ability to manage fluctuations in net load. 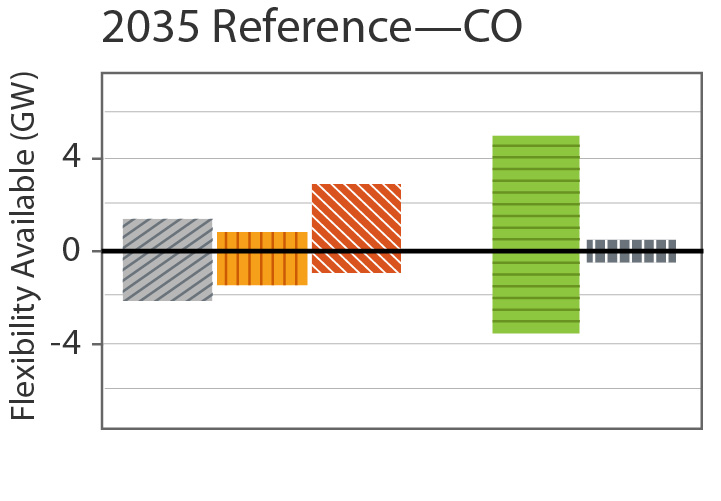 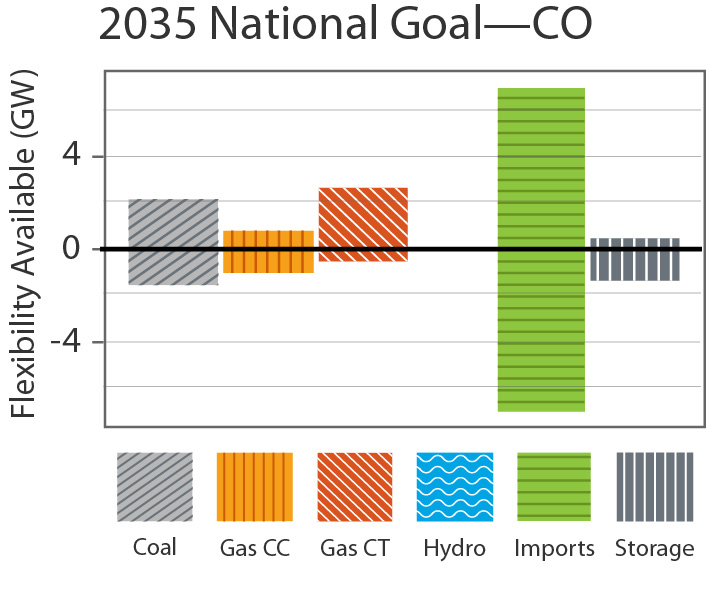 However, the authors note that flexibility in the Western Interconnection is heavily dependent on transmission between regions—the dominant sources of ramping vary by region, and each region's flexibility is dependent on one another's ramping capability.

Another of the NREL reports, titled "Resource Adequacy Considerations," studies the availability of resources to serve future loads during peak and other stressful conditions. In this report, NREL's Probabilistic Resource Adequacy Suite provided a probabilistic check of RPM's heuristic methods for planning resources and estimating the firm capacity contribution of PV. NREL found that the Western Interconnection is overbuilt in general, with "extremely high levels of capacity adequacy," and that the future buildouts computed by NREL's models appear to have sufficient resources to serve peak net load with PV penetrations of up to 33% under the conditions that NREL simulated.

Indeed, the authors suggest that the planning reserve constraints used in the Resource Planning Model may be conservative, leading to possibly higher-than-necessary investment in capacity resources. Caution is in order, however, as the authors also note that a more accurate representation of the grid's planning reserve needs could be achieved through studies that test NREL's results under a wider range of system operating conditions and that use more detailed representations of transmission and energy-limited resources.

Related to the dynamic stability of power systems served by inverter-based resources, the article titled "Stability and Control of Power Systems with High Penetrations of Inverter-Based Resources: An Accessible Review of Current Knowledge and Open Questions" reviews literature describing what may be required to transition from spinning inertia associated with traditional generation, to mostly inverter-based power systems. The review serves as a handy reference for grid operators and planners.