By 2022, India's wind and solar power generation capacity is targeted to reach 175 gigawatts (GW). Beyond next year's target, the Indian government is planning to continue rapidly scaling clean energy markets over the next several years to achieve 450 GW of wind and solar by 2030. This will mean a 20% year-over-year growth in the country's wind and solar capacity between 2022 and 2030.

Previous studies from the National Renewable Energy Laboratory (NREL) and others have shown that such growth in wind and solar generation is achievable but also that India needs increased power system flexibility to ensure a cost-effective transition to higher shares of renewables on the grid. Developing energy storage is one key avenue for increasing India’s power system flexibility and its share of renewables and ultimately enabling India’s decarbonization.

However, to date, there has been no comprehensive assessment of cost-effective opportunities for bulk grid storage in South Asia. To address this gap, NREL performed a first-of-its-kind assessment of cost-effective opportunities for grid-scale energy storage in South Asia that demonstrates energy storage can play a significant role in the region's grid operations over the next three decades, especially in India.

Under All Scenarios, Major Opportunities for Energy Storage Through 2030 and Beyond

The study team, composed of Ilya Chernyakhovskiy, Mohit Joshi, David Palchak, and Amy Rose, all from NREL's recently launched Grid Planning and Analysis Center, evaluated storage growth under various technology cost, policy, and regulatory scenarios, resulting in a range of trajectories for storage growth over the next three decades. 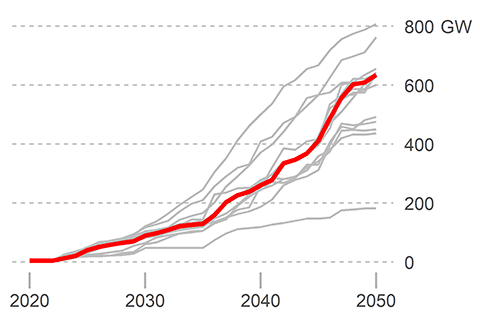 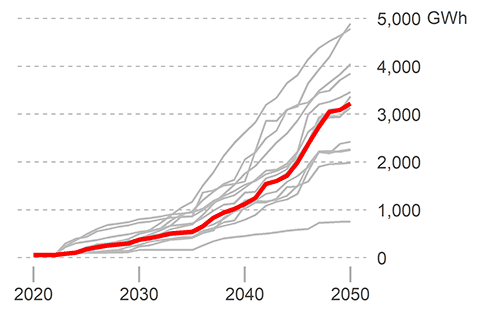 Graphs from the study show energy storage power (A) and energy capacity (B) in India to 2050, where each line represents one modeled scenario and the reference case is highlighted in red.

Storage Projects Are Most Cost-Effective When Providing Multiple Value Streams

Modeling advancements developed at NREL allowed the study team to simultaneously evaluate multiple value streams from energy storage. This method allows the assessment to better capture the potential contributions of storage to grid flexibility at different timescales. These contributions include:

Understanding multiple value streams in the study's modeling was key, because energy storage projects are typically most cost effective when they provide multiple services, and cost-effective projects are more likely to get built when developers have access to multiple revenue streams. Additionally, as energy storage becomes a greater share of the overall capacity of the system, its ability to serve multiple roles will greatly impact the growth of the system.

For example, the study shows that when energy storage is barred from providing operating reserves, overall storage deployment in India is 24% lower compared to the reference case. In place of energy storage, new conventional resources, such coal- and gas-fired power plants, are built to meet the operating reserve requirement in that scenario. This leads to a 4% increase in overall system costs and a 15% increase in carbon emissions over the planning horizon. 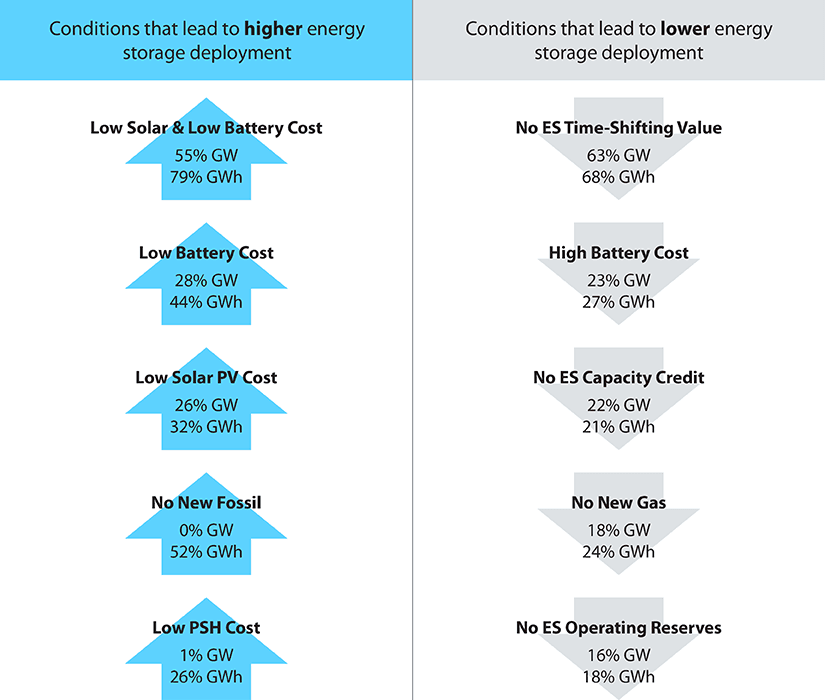 The study team also looked at scenarios that show which conditions lead to higher or lower energy storage deployment in India. When energy storage is barred from providing one of the value streams, storage deployment decreases. In the South Asia context, this means regulatory proceedings at the national and state levels may be needed to enable storage projects to participate as a source of both load and generation and to provide multiple grid services.

When costs for battery storage projects are higher, all else held equal, the study shows a significant drop in cost-effective solar PV deployment. The reverse is true as well—when battery costs are lower, all else held equal, solar PV deployment increases. The highest deployment of energy storage and clean energy across all 15 scenarios in this study was found in a scenario where the study team lowered the costs for battery storage and solar PV simultaneously. That scenario has solar, wind, and batteries contributing more than 65% of installed capacity in India by 2030 and over 85% by 2050. 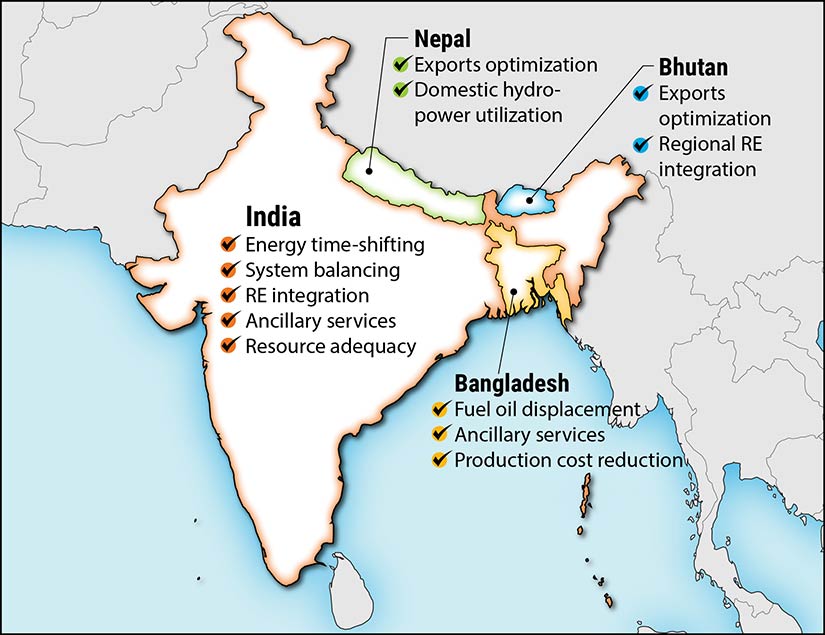 Energy storage can provide a range of benefits to grid systems across the South Asia region.

For the South Asia grid including India, Bangladesh, Bhutan, and Nepal, energy storage can play a major role in future system operations. Modeling results found that energy storage supports the regional system by providing balancing services, which helps to avoid renewable energy curtailment and balance renewable energy forecast errors. It does this by bolstering ramping capabilities and shifting the timing of energy supply.

Opportunities for storage to improve grid operations and reduce costs individually in Bangladesh, Bhutan, and Nepal were also assessed. Bangladesh currently relies on expensive, high-polluting diesel- and fuel-oil-fired power plants to manage demand and provide peaking power. This study finds that energy storage could displace fuel oil consumption in Bangladesh, reducing the carbon intensity and the costs of grid operations. Storage in Bangladesh can charge during daytime hours and discharge during the evening peak, reducing the need to start up fuel oil generators. Bhutan and Nepal, on the other hand, rely primarily on hydropower resources to meet domestic demand and to provide electricity exports to India. In both countries, adding energy storage helped optimize the use of domestic hydropower resources and reduce daytime renewable energy curtailment in India by shifting exports more to the evening hours.

"This study shows how a level playing field for energy storage to compete with conventional technologies can lead to an increase in renewable energy deployment, reduced air emissions from the power sector, and lower costs for electricity," Chernyakhovskiy said. "While we didn’t evaluate energy storage versus other emerging technologies, such as demand response, electric vehicles, or distributed energy resources, the results of this study make clear that cost-effective energy storage in South Asia is right around the corner."

Read the full report and learn more about the potential role of energy storage technologies in South Asia at the South Asia Energy Storage Study.