April 22, 2021 | Contact media relations
Golden eagles strike a cutting visage that, to put it mildly, grants the species an aura of regality. They occupy much of the Northern Hemisphere, and many cultures view these creatures as sacred messengers of the gods and kings and queens of the sky.

Not only are these birds highly revered, but they are also highly protected—receiving protections under the Bald and Golden Eagle Protection Act and the Migratory Bird Treaty Act. As a result, their presence must be carefully considered by wind power plant operators and developers working in eagle territory, presenting challenges that can extend permitting timelines, add unanticipated project costs, and constrain energy output.

“Existing models to understand eagle soaring behavior focus on orographic updrafts—natural phenomena when an air mass moves from low terrain to high terrain forcing air upward,” said Eliot Quon, who leads the eagle modeling project at NREL. “This derives from golden eagle preference for flying near windward slopes and along ridgelines, but it’s an incomplete picture. Our model updates existing behavior models by bringing in some of those unconsidered atmospheric conditions combined with the uncertainty of realistic eagle behaviors.”

As an example of some of these unconsidered atmospheric conditions, biologists have observed that golden eagles more regularly deviate from ridges during late spring and summer. They do so to take advantage of thermal currents that mix with orographic lift along ridge lines and cliffs. It is in these conditions that eagles may be more likely to come into conflict with wind turbines, especially while changing flight modes, but existing eagle behavioral modeling does not take both conditions into account.

To account for this atmospheric mixing, the NREL team brought together atmospheric scientists and wind plant aerodynamics researchers from the Department of Energy’s Mesoscale-to-Microscale Coupling project to work with data scientists and biologists. They have been tasked with incorporating multiscale atmospheric modeling that combines and captures conditions of an area—thermals, orographic lift from mountainous terrain, and other forms of turbulence (like the wakes of wind turbines)—into a single model to get a more holistic view of wind flow at a power plant. With this high-resolution information, they can show the frequency, location, and strength of various atmospheric features in an area that, paired with regional weather and eagle flight behavior data, can help provide wind developers with a predictive, probabilistic model of how and where an eagle will fly.

At this stage, the team has focused their atmospheric modeling for a specified region in the United States and has begun validating the behavioral component of the computational framework with eagle telemetry data that represent eagle flight patterns collected by Conservation Science Global and the U.S. Geological Survey. And it is this comparison between modeled and observed behaviors that will help the team isolate variables that influence eagle movement that may not be identifiable without insights into atmospheric influences being incorporated. 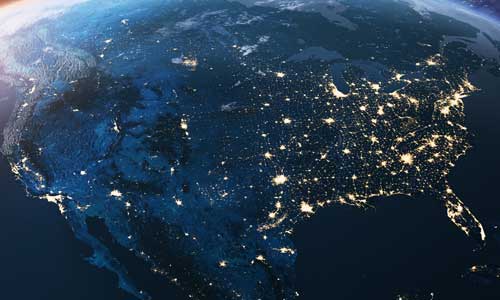 While the current work considers longer-range migratory movements, the behavioral model will be further augmented with new telemetry data provided by IdentiFlight stereo camera systems, which the team believes can provide crucial insights into near-turbine flight behaviors within a kilometer of a wind plant.

“Our approach can help us better understand the known unknowns and identify unknown unknowns,” Quon said. “The outlier cases identified by the model can help identify variables that create risk—be those shifts in wind direction, prey, or other drivers.”

When discussing the team’s computational framework for modeling golden eagle behavior, Quon is quick to point out that it does not predict risk per se but can help analysts consider a suite of variables that can inform risk analysis. In this way, the model helps analysts infer risk to eagles at a specified wind power plant and assess prior analysis performed at the site.

Model Availability, Future Developments, and a Spring for Conservation

The project team is currently working to distill relevant information about local atmospheric conditions from extremely detailed, high-fidelity simulations run on supercomputers. By improving the representation of weather in the eagle computational framework, the team believes it can better characterize eagle flight environments, improving the machine-learning component of the eagle computational framework that assesses eagle flight behavior.

“Of course, not everyone has a high-performance computer like Eagle to simulate high-resolution atmospheric conditions in an area,” Quon said. “However, the model we provide will allow users to run eagle flight simulations on most laptops; it just so happens to come prepackaged with knowledge built on the powerful computing capabilities of a national lab. Insights from the data we’ve gathered should go a long way in providing an important piece of the puzzle when it comes to understanding risk to eagles at wind power plants.”

While the eagle computational framework is not yet complete, the team will begin releasing working versions of its machine-learning model on GitHub in the upcoming months, culminating in a formal release and workshop in spring of 2022. Later, the team also hopes to expand use of this tool for species beyond golden eagles, such as those present at offshore wind developments.

Funding for this work is provided by the U.S. Department of Energy Office of Energy Efficiency and Renewable Energy Wind Energy Technologies Office.
Share
Content Editors