Power electronics—including the inverters that interface solar, wind, battery energy storage, and electric vehicles—are on track to gradually, or even entirely, displace traditional generation. In doing so, inverters will inherit new responsibilities and introduce a new set of challenges. Recognizing a knowledge gap, a team of experts from the National Renewable Energy Laboratory (NREL) and several collaborating institutions have published the Research Roadmap on Grid-Forming Inverters, a comprehensive guide to understanding inverter-dominated power systems.

The roadmap provides a system-wide perspective on the integration of inverter-based resources. The report distinguishes between grid-following inverter controls, which depend on traditional generation to operate, and grid-forming measures, which enable inverters to operate flexibly within either hybrid or 100% inverter-based power systems. Although grid-following controls are more commonplace, the roadmap explores the needs and next steps toward implementing grid-forming inverter controls and capabilities, which are expected to define future power systems.

Aside from a few island systems and microgrids, there are limited examples of inverter-dominant systems that can be used for reference. This roadmap acknowledges the early stage of grid-forming studies and proposes a multiyear approach to increase research. In the near term, the roadmap recommends an immediate review of regulatory and technical standards as well as the development of advanced modeling techniques. Long-term priorities focus on building inverter-based systems of increasingly larger size, from rural villages and university campuses to the scale of U.S. interconnections. 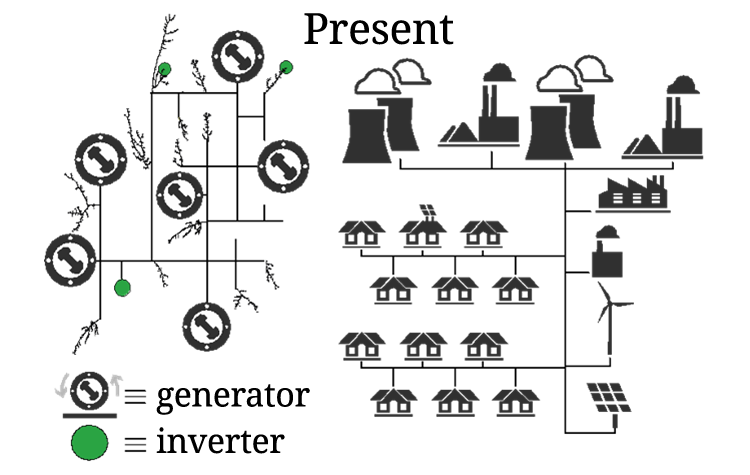 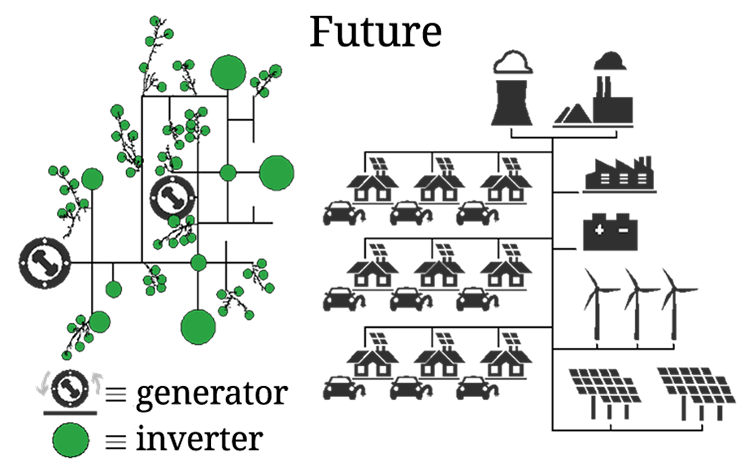 The present power system has historically been dominated by generators with large rotational inertia. Future power systems might have a significant fraction of inverter-based resources, which implies a need for next-generation controls to ensure stability. Image by NREL

The roadmap raises open questions around how to enable grid-forming systems of any size. Like traditional generation and devices, inverters will need to respond to faults, synchronize power flow, and control frequency and voltage at multiple timescales. The roadmap summarizes the state of the art for these inverter-based applications and relates them to the broader context of how to engineer hybrid systems that mix large shares of both renewable and traditional resources.

“As the electric power system is transformed by the rapid deployment of renewable technologies, it is critical to maintain the reliability and stability of the grid,” said U.S. Department of Energy Office of Energy Efficiency and Renewable Energy Solar Energy Technologies Office (SETO) Director Becca Jones-Albertus. “This report shows the way forward for grid operators to integrate more wind and solar resources and battery storage and lays out a comprehensive framework for grid-forming technologies to address the reliability challenges.

NREL teamed with Lawrence Berkeley National Laboratory, the University of Washington, Sandia National Laboratories, the University of Wisconsin, and SETO to develop the research roadmap. The project was led by NREL Senior Researcher Yashen Lin. “Grid-forming inverters will become a critical component of the future grid,” Lin said. “This roadmap will help industry, government, and academic research organizations overcome the major challenges in integrating inverter-based resources.”