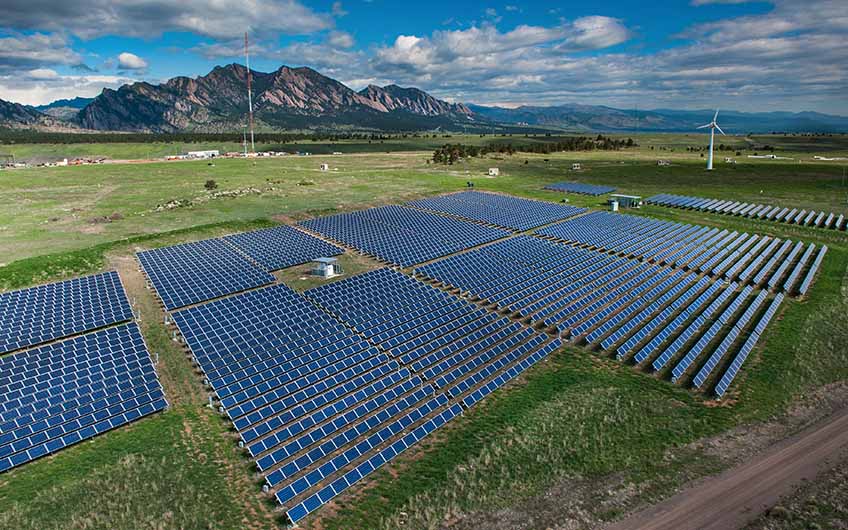 For years, the Institute of Electrical and Electronics Engineers (IEEE) Reliability Test System, or RTS, has been a key element of how engineers design software systems to study and operate the power systems of the future. While the RTS has been an invaluable tool for decades, it needed an update to incorporate elements of the modern grid, like wind, solar, and natural gas combined cycles.

Outlined in their article in IEEE Transactions on Power Systems, researchers from the U.S. Department of Energy’s (DOE) National Renewable Energy Laboratory (NREL), along with colleagues from IEEE, VTT Technical Research Centre of Finland Ltd., and Sandia National Laboratories, proposed an update to the IEEE Reliability Test System (RTS) to bring it into the 21st century.

The RTS, a platform for analyzing power system operations strategies and issues, has undergone several modifications over the years, most recently in 1996. However, up until 2019, the generation fleet and mix had remained unchanged in each iteration.

“Previous versions of the RTS have grown outdated and not representative of modern power systems or the complex challenges posed by their operation,” said Clayton Barrows, NREL senior researcher and lead author of the article. “We leveraged our renewable energy data sets and deep understanding of power systems to update the RTS to reflect situations and challenges faced by modern power systems.”

The research team was funded under the DOE Grid Modernization Laboratory Consortium (GMLC), specifically the Wind Energy Technology Office (WETO) and the Office of Electricity (OE), to develop methods to improve the computational fidelity and scalability of production cost models. After identifying several data sets of varying sizes on which to develop their methods, the researchers chose the RTS as the most complete “small” and openly accessible data set to work with.

The RTS was also chosen due to the outsize role it plays in educating energy analysts of the future. “The RTS is often a test system that students will encounter early on when studying power systems and it needed some updates to exhibit the issues that were playing out in real systems,” Barrows said.

RTS Over the Years

The RTS was created to provide a model that students and researchers can use to explore a wide range of current and future conditions that power systems operators might encounter. The aim of the RTS is not to represent a specific, real-life power system, but rather to be representative of technologies and configurations that could be encountered in any power system.

The first version of the RTS was developed in 1979 (RTS-79) to test and compare results across a variety of power system reliability evaluation methodologies. Though it was specifically designed to analyze the impact of generation and transmission outages in the system, the RTS-79 lacked load uncertainty or load diversity across the buses. The model also relied on representative weeks for peak seasonal conditions.

The most recent update, in 1996, ramped up the complexity and size of the model, consisting of three joined RTS-79 models to create a system for multi-area analysis. Unlike previous models, RTS-96 included operating costs and constraints relating to the generating units, and it also included new transmission technologies.

The proposed 2019 RTS, or RTS-GMLC, features some critical updates to the RTS-96, such as modernized sources of generation, as well as geographic and temporal variability. The latter update is key because it allows the RTS-GMLC to capture variable energy resources, such as wind and solar generation, that rely on location- and time-dependent weather patterns for energy generation.

Thanks to these new revisions to the RTS, the model now provides a more complete set of information (i.e., everything required to reproduce particular analyses) in an openly accessible, transparent, and version-controlled format.

“This work provides a useful testbed upon which new methods, analytical approaches, and techniques can be developed and examined,” Barrows said. “The 2019 data set strikes a balance between representing issues faced by real power systems, and simplicity for inspection by researchers.”