The potential use of gallium oxide as a power electronic technology of the future is borne out by a new technoeconomic analysis conducted by the National Renewable Energy Laboratory (NREL). The findings reveal gallium oxide wafers could be three to five times cheaper to manufacture than another related technology, silicon carbide, according to a paper “How Much Will Gallium Oxide Power Electronics Cost?”

The paper, which is scheduled to appear in the April edition of Joule, is available online now. 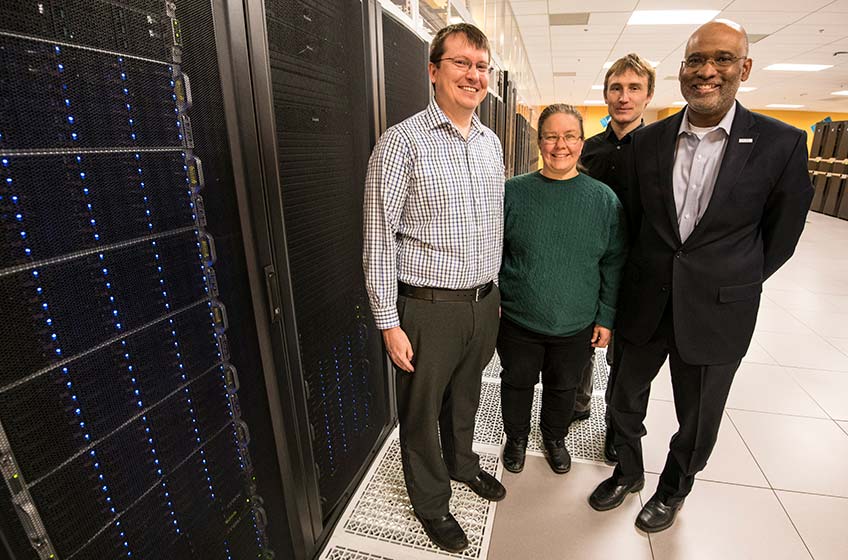 Currently an estimated 30 percent of all electricity flows through power electronics, the technology behind circuits used to control the flow of electricity, and that number is forecast to reach 80 percent in the next decade. This makes it critical to optimize efficiency of the power electronics for use in the generation, transmission, storage, and use of that energy.

“If you look at the grid of the future, you’ll see more power electronics for renewables and electric vehicle charging,” said Johney Green, associate lab director for Mechanical and Thermal Engineering Sciences at NREL. “As we get more and more of these power electronics-based devices on the grid, it changes the physics of the grid. We really need to understand how these devices will impact the grid and how to control them.” Green, who championed the analysis, is a co-author of the paper along with Samantha Reese, Timothy Remo, and Andriy Zakutayev. The four authors come from three different research directorates at NREL.

Both gallium oxide and silicon carbide are being considered as replacements for silicon in power electronic devices. Silicon carbide is already in use, but widespread adoption has been hampered by its relatively high cost. Gallium oxide semiconductors aren’t being used commercially, but several companies are working on device prototypes, said Zakutayev, a materials scientist whose work involves development of new materials for use in renewable energy technologies. While there have been published papers indicating that the low cost of gallium oxide could be a future advantage, the NREL research is the first to provide a quantitative analysis.

The new analysis could compel further materials and device research into the use of gallium oxide, which have been relatively overlooked compared to silicon carbide and gallium nitride devices. “It’s a chicken and egg problem,” said Reese, a senior analyst/engineer in NREL’s Strategic Energy Analysis Center. Reese and Remo, along with other analysts from NREL, published a cost analysis in 2017 for the use of silicon carbide in medium-voltage motor drives. “It’s hard to get the funding for the technical research if you don’t have a cost motivation, given that silicon carbide’s already in the market. But it’s hard to get money to do the analysis of the cost if you don’t have technical results demonstrating the capabilities.”

For the gallium oxide analysis, a bottoms-up cost model created around the manufacturing process considered such factors as crystal growth and ingot machining to approximate the fabrication of crystal wafers ready for use in a device. The assumptions used in the model included an ingot 1 meter long, a wafer 6 inches in diameter, and a manufacturing volume of 5,000 wafers a month.

The NREL analysis determined it would cost $283 to manufacturer a six-inch gallium oxide wafer in the United States, less than a third of the $919 it would cost to make a silicon carbide wafer. The significantly lower wafer cost enables the gallium oxide containing power electronics (that also are comprised of numerous other components and packaging) to be twice as cheap. The technoeconomic modeling relies on manufacturing scenarios that are not currently commercialized, as the paper noted, but it’s projected to hold true once research and development advances move gallium oxide into mainstream applications.

Unlike gallium oxide, gallium nitride semiconductors are already in widespread use in applications other than power electronics, because they form the basis of light-emitting diodes (LEDs) and solid state lighting. “The biggest difference is that gallium oxide crystal wafers should be easier to scale up in size, and decrease in cost, compared to gallium nitride,” Zakutayev said.

In addition to the new analysis, NREL is a part of the five-year-old Next Generation Power Electronics National Manufacturing Innovation Institute—also known as PowerAmerica—whose mission is to make wide bandgap semiconductors cost-competitive with their silicon-based counterparts.