A Year of Interconnectivity at ASHRAE 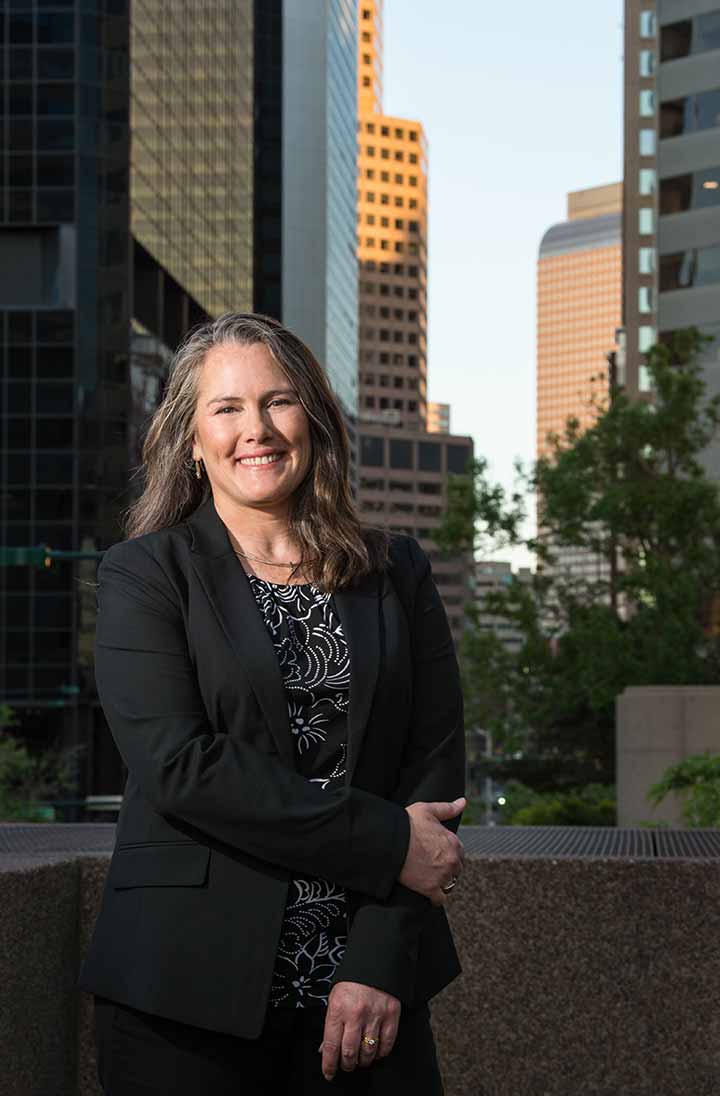 Sheila Hayter in downtown Denver just prior to her term as ASHRAE president. Photo by Dennis Schroeder, NREL

For Sheila Hayter of the National Renewable Energy Laboratory (NREL), this year has been all about interconnectivity—among and between buildings and people. The laboratory program manager was on special assignment from July 2018 until June 2019, serving as the president of ASHRAE, the prestigious worldwide society of buildings industry professionals. During her tenure, she worked to better connect with the organization’s worldwide membership and facilitate a greater understanding of our buildings’ interconnected energy future. Now, 257 travel days and 115 presentations later, she brings insight back to NREL as the new laboratory program manager for the U.S. Department of Energy (DOE) Federal Energy Management Program (FEMP).

Preparing Building Engineers and Operators for a Grid-Integrated Future

Before her appointment, Hayter spent a year defining her presidential platform, “Building Our New Energy Future.”  She continues to stress that the built environment is rapidly changing: “We no longer think about a building that ends at the wall, but we're seeing buildings interact with each other and also the grid. We are moving to a point where there is not going to be a separation of the problem at the meter. You can't think about things going on at the building side as different from what's happening at the grid side.”

Hayter notes a discrepancy in perspectives and awareness of the issue between grid and power-focused researchers on one side, and real-world practitioners and building operators on the other. Some 70% of our energy is consumed by buildings, and further electrification, including the advent of electric vehicle charging within buildings, will further increase that proportion of use. Researchers at NREL, DOE, and utilities see greater interconnection between building energy supply and demand to and from the grid as essential to any solution. On the other side, those involved in building design and operation are still tackling the challenge of achieving zero energy buildings, let alone the idea of a seamless back-and-forth of energy supply between buildings and the power grid. “Zero energy buildings are just the tip of the iceberg,” she says. “We are at totally different places on either side of the table.”

“We are moving to a point where there is not going to be a separation of the problem at the meter. You can't think about things going on at the building side as different from what's happening at the grid side.”
Sheila Hayter

It is critical that the industry players represented by ASHRAE be a part of this conversation, according to Hayter. “If they don’t, utilities are just going to tell them what their load needs to be at a certain time of day. They may not be able to provide critical space conditions in buildings like hospitals, and it decreases the life of equipment.” That's not a happy outcome for a building with heating, ventilation, and air-conditioning (HVAC) equipment that can cost millions of dollars to replace.

To avoid placing nuanced building operations decisions in the hands of outsiders, Hayter stresses that it is crucial to “let ‘buildings’ people figure out how those load adjustments will be done—whether it’s thermal electrical storage, prioritizing nonessential loads to go off first, or something else. You can't change the direction of a ship very fast, but you can get people continuing the conversation.”

Connecting with Engineers Around the World 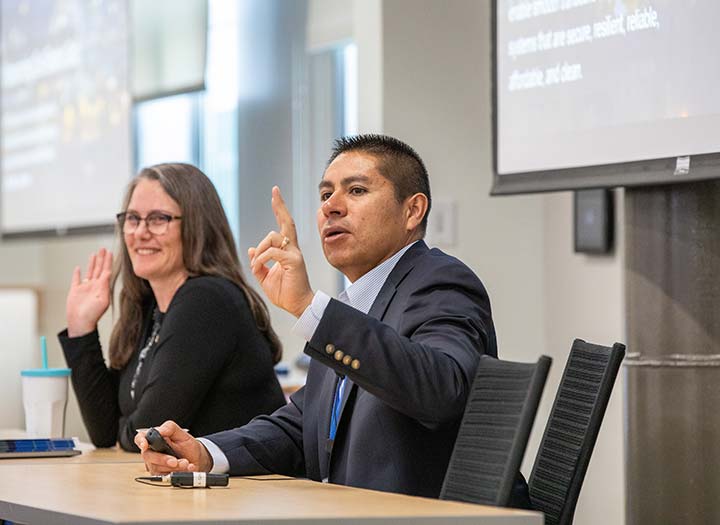 One challenge for Hayter was delivering her message on behalf of an organization with such a wide range of expertise. Hayter focused on a call to action that emphasized awareness of the situation, engagement in finding solutions, and getting started now. “If we don't take action now,” she says, “someone else will come in and find solutions which will make it harder for us to create built environments that make occupants well and comfortable at the lowest energy consumption possible.”

To get her message across, Hayter focused on engaging ASHRAE members on an individual and local level. She visited 67 different chapters and sections, more than any other previous ASHRAE president. She met with student branches at 25 different universities and visited 23 U.S. states, four Canadian provinces, and 16 countries across five continents.

“Engineers don't like ill-defined problems,” Hayter laughs, “and oftentimes engineers are not very extroverted.” However, she insists that those same engineers have ideas the world needs, and it is important that they stand up and tell us what they know. The general response pleased Hayter: her message was well received, even by seasoned buildings engineers. “I heard from everyone that it's about time ASHRAE was talking in this way—as the experts not just on HVAC systems but as the experts on the built environment.”

In addition to her ability to connect with fellow engineers, Hayter stood out as only the second woman to serve as president of ASHRAE. She notes that “many [members] really wanted me to talk about being a woman in engineering.” Other female engineers in the audience said that listening to her message made them realize they needed to keep pushing and speak up about their ideas. “Those little testimonials kept me going,” Hayter says.

“Sheila’s experience as ASHRAE president has given her unique exposure to the broad set of stakeholders and technologies that are shaping the grid edge.”
Juan Torres, Associate Laboratory Director for Energy Systems Integration

Juan Torres, Associate Laboratory Director for Energy Systems Integration, sees Hayter’s recent work as an asset in her new role. According to Torres, “Sheila’s experience as ASHRAE president has given her unique exposure to the broad set of stakeholders and technologies that are shaping the grid edge. ASHRAE connected Sheila with the vendor community that will commercialize technologies and concepts developed at NREL and other national labs. This will give her insights to feed NREL research and better support FEMP and the federal energy community writ large.”