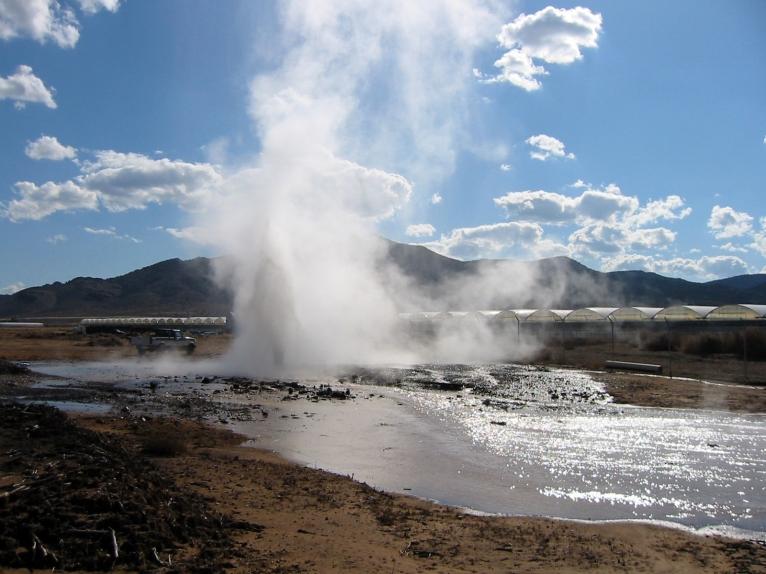 The U.S. Department of Energy has announced major funding awards for six geothermal Deep Direct-Use research projects, including a National Renewable Energy Laboratory (NREL) study that will explore the feasibility of geothermal heat  integration at natural gas power plants in East Texas. Deep Direct-Use technology fills a gap between traditional geothermal heat pumps, used to heat buildings at relatively small scales, and large-scale geothermal power systems, used to generate electricity. It harnesses geothermal resources that are not hot enough to produce electricity, but that are still useful for large-scale projects.

NREL’s feasibility study will evaluate the economic viability and emissions reduction potential of harnessing the geothermal resource in the Sabine Uplift of East Texas and western Louisiana for direct use. This region is home to abundant geothermal resources and dozens of natural gas power plants. During hot afternoons these power plants lose power and efficiency. Precooling the air drawn into the turbine’s compressor section, in a process known as turbine inlet cooling, boosts performance. Normally, cooling this intake air consumes some of the power produced by the plant. Tapping geothermal resources to drive absorption chillers could provide the cooling instead, and the power plants in the Sabine Uplift region could save money and reduce their emissions.

The NREL study will evaluate the local geothermal resource for two plants in the region, model the absorption chiller system that will harness geothermal energy to chill water, and assesses the economic viability of the process. “This project will explore use of the low-temperature geothermal resource under East Texas in a way that enhances the performance of existing power plants without the need for a separate geothermal power system,” said Craig Turchi, the principal investigator for the NREL study and a member of the NREL Geothermal Technologies team. The results of these two specific cases will help to inform the larger national potential for this novel form of geothermal Deep Direct-Use.