Hoping to view the August 21, 2017, total solar eclipse? Although the availability of hotel rooms and camping spots along the path of totality may dictate the viewing location for many eclipse chasers, there is another factor to consider: the weather. With that in mind, researchers from NREL's National Solar Radiation Database (NSRDB), working with experts from Solar Resources Solutions, LLC, have created maps showing the probability of clear skies across the entire path of the eclipse.

To capture the effects of both daily weather patterns and the occasional passing of large weather systems, the analysis zeroed in on the actual time of the maximum eclipse at each location, plus one half hour before that time and one half hour after, for the five days before and after August 21 during each of the 18 years of historical data in the NSRDB. The maps also attempt to account for haze, based on the modeled NSRDB direct normal solar irradiance. See the maps in the report, "Clear-Sky Probability for the August 21, 2017, Total Solar Eclipse Using the NREL National Solar Radiation Database."

To access the full-size maps attached to the report, download it to your computer, open it in Adobe Acrobat, and click on the paperclip that appears in the upper left-hand corner. That gives you the option of opening the two maps associated with the report for printing or detailed viewing. Note that the maps show the probability of clear skies based on 18 years of data, but they should not be interpreted as a weather forecast. Eclipse chasers can use the maps to aid in their planning, but as the eclipse date approaches, weather forecasts will become increasingly important for making last-minute changes to those plans. 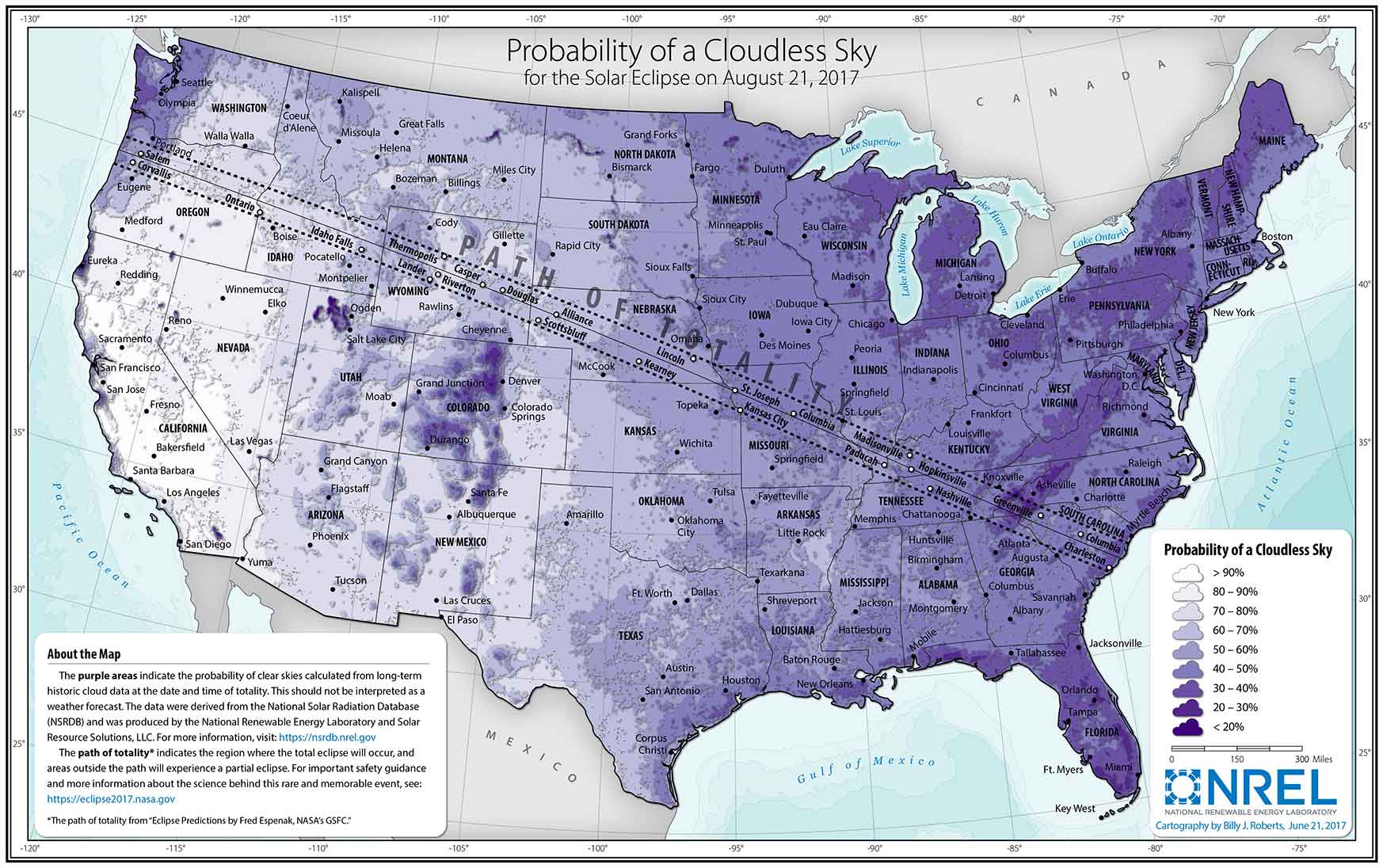