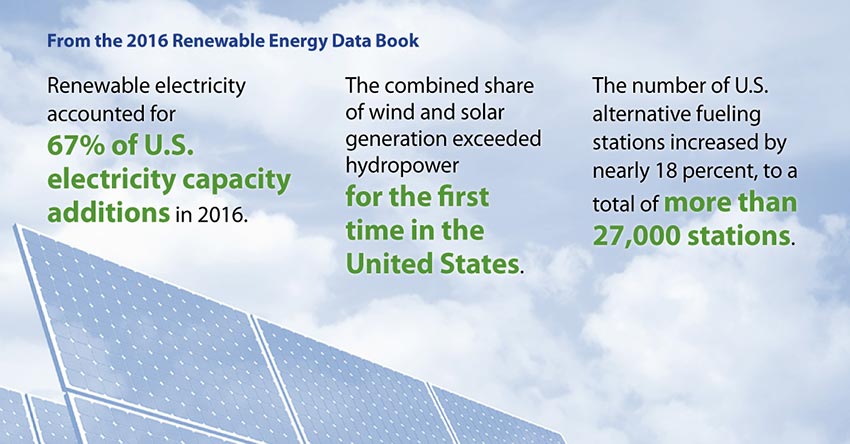 “The data provides useful insights for analysts, investors, and policymakers on the state of renewable energy deployment and industry trends,” NREL Energy Analyst Philipp Beiter said. “The Data Book presents a unique collection of data from a large variety of sources, made easily accessible in one place."

The Renewable Energy Data Book, published at the end of 2017, compiles the latest available statistics for the 2016 calendar year. Key insights include: