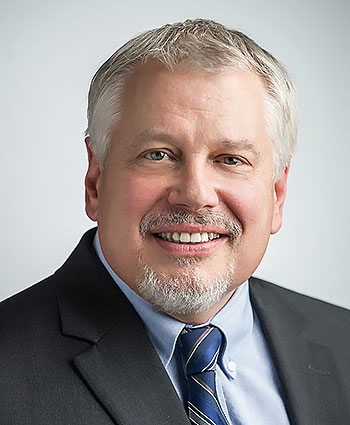 William Tumas, an associate laboratory director for the U.S. Department of Energy's National Renewable Energy Laboratory (NREL), has been elected a fellow by the Council of the American Association for the Advancement of Science (AAAS).

Tumas will be inducted during a ceremony in February in Austin, Texas. AAAS this year named 396 members as fellows. Their names will be formally announced in the AAAS News & Notes section of the journal Science on Nov. 24.

"I am incredibly honored to be chosen as a fellow," said Tumas, who was promoted to associate laboratory director for Materials and Chemical Science and Technology in 2013. He joined the lab in 2009 as director of the Chemical and Materials Science Center after more than 17 years at Los Alamos National Laboratory. "AAAS is all about advancing innovative science including multi-disciplinary approaches to tackle important societal problems."

The world's largest general scientific society, AAAS annually elevates as fellows those members whose "efforts on behalf of the advancement of science or its applications are scientifically or socially distinguished." Tumas was specifically singled out for his "distinguished contributions at the interface of inorganic, organic and materials chemistry, for pioneering work in green chemistry and energy, and for enlightened scientific management."

Tumas, who earned his doctorate in organic chemistry from Stanford University and holds a dozen patents, started his career as a research scientist with DuPont Central Research. He was a founding board member of the Green Chemistry Institute, which is now part of the American Chemical Society. He is the director of the Center for Next Generation of Materials Design Energy Frontier Research Center, which aims to accelerate the discovery of functional materials including metastable systems.

"I would like to congratulate Bill Tumas on this honor as it represents a clear recognition by the scientific community on his broad inspiration and impact both at NREL and previously," said David Ginley, a AAAS  fellow and a fellow at NREL. "The honor for AAAS is particularly significant as unlike focused societies, the AAAS mission is really very broad both topically and geographically and their reach is beyond the physical sciences."