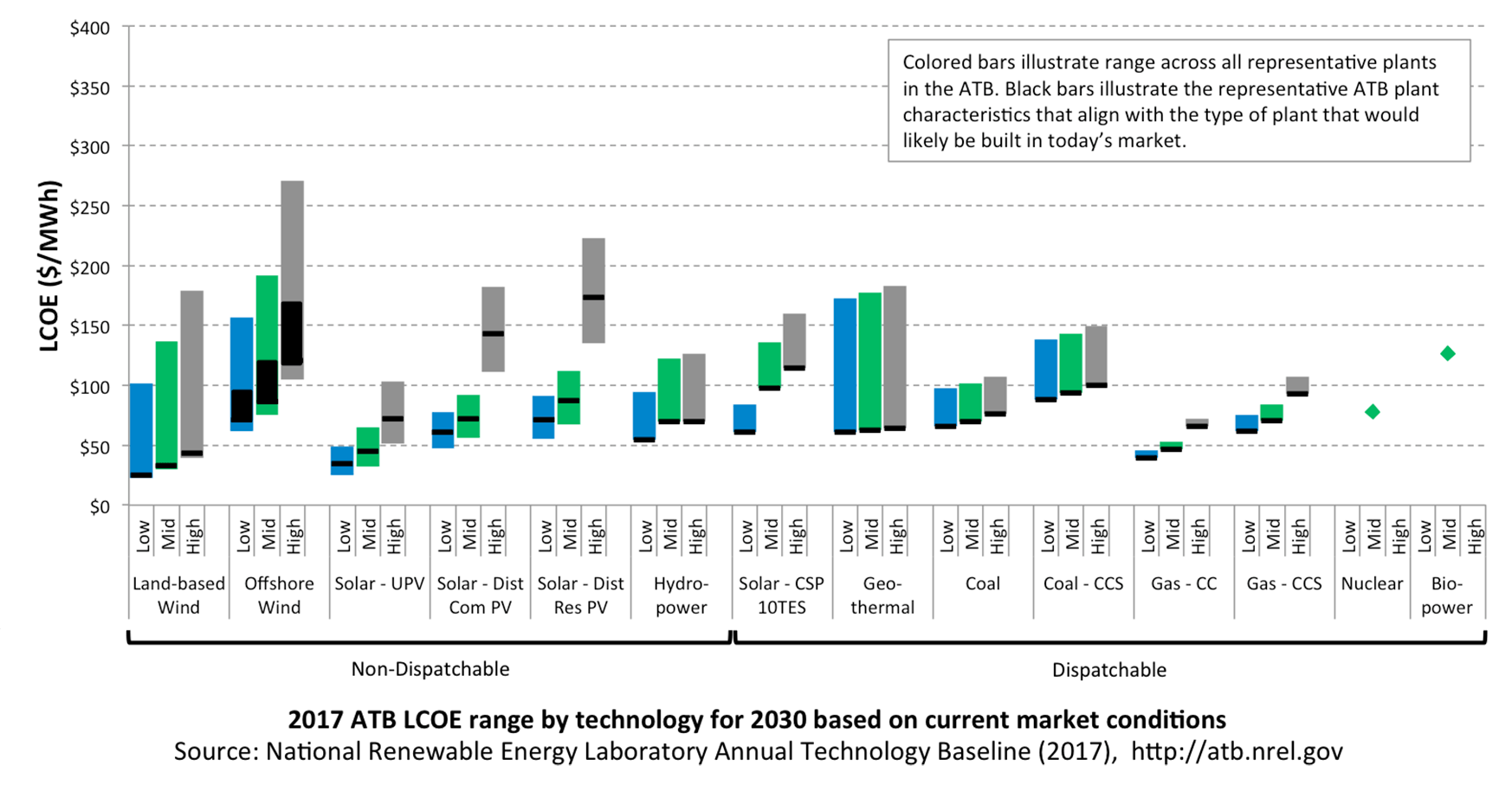 The ATB synthesizes current and projected data from various sources into a highly accessible and widely referenced resource for energy analysts. The 2017 ATB is available in a new interactive website at atb.nrel.gov and will be featured in a webinar on August 29.

“In addition to aggregating the most reliable, timely cost and performance data spanning the full range of energy technologies, the Annual Technology Baseline highlights key trends and makes projections out to 2050,” said NREL Senior Analyst Maureen Hand. “For energy analysts and others tasked with communicating relevant electricity technology cost and performance trends that have a bearing on energy markets, the ATB serves as an indispensable go-to resource that greatly facilitates and streamlines the work involved.”

For example, the ATB illustrates how solar photovoltaic (PV) capital costs have declined recently and are projected to continue to decline.  Similarly, land-based wind capital costs have fallen while capacity factors have increased. These are trends that are both projected to continue and make wind increasingly competitive with new generation from natural gas combined cycle plants in the near term.  The ATB provides three different levels of future technology cost and performance through 2050 to support analysis of future U.S. electric sector scenarios.

The ATB, which is supported by the Energy Department's Office of Energy Efficiency and Renewable Energy, incorporates NREL analysis, data from the U.S. Energy Information Administration, and information from a variety of published reports into two primary products for energy analysts. The Annual Technology Baseline spreadsheet documents detailed current and projected cost and performance data for electricity generation technologies. This year, a new interactive website describes each of the technologies and provides additional context for their treatment in the workbook. For each technology, the website provides:

The Annual Technology Baseline, which is supported by hundreds of literature citations, will be highlighted in a webinar on August 29, at 11 a.m.–1 p.m. MDT (1-3 p.m. EDT). Presenters will describe analytical products in detail, share examples of how they have been used, and provide an opportunity for attendees to ask questions. Register for the webinar at https://attendee.gotowebinar.com/register/4954393182456811522.

This work is part of a broader framework introduced by NREL in 2015 to improve the robustness and comparability of electric sector analysis by the laboratory, academia, and other entities in the energy analysis community. The ATB provides inputs for NREL’s Standard Scenarios modeling of the electric sector, which explores a diverse set of potential pathways for U.S. electric sector evolution over time, based on different assumptions about fuel prices, policies and other variables.