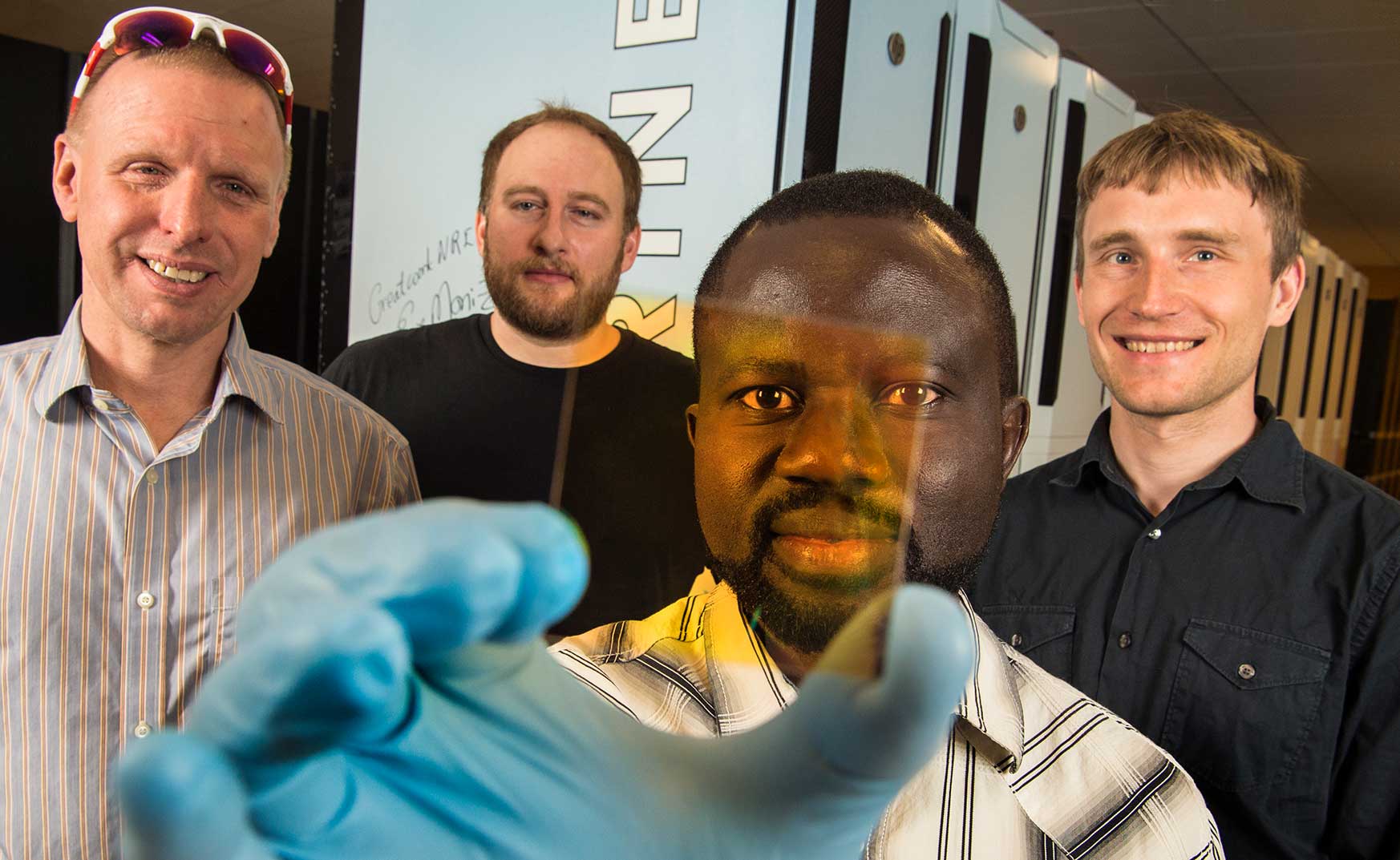 A multi-institutional team led by the U.S. Department of Energy’s National Renewable Energy Laboratory (NREL) discovered a way to create new alloys that could form the basis of next-generation semiconductors.

Semiconductor alloys already exist—often made from a combination of materials with similar atomic arrangements—but until now researchers believed it was unrealistic to make alloys of certain constituents.

“Maybe in the past scientists looked at two materials and said I can’t mix those two. What we’re saying is think again,” said Aaron Holder, a former NREL post-doctoral researcher and now research faculty at the University of Colorado Boulder. Holder is the corresponding author of a new paper in Science Advances titled Novel phase diagram behavior and materials design in heterostructural semiconductor alloys. “There is a way to do it.”

Scientists connected to the Center for Next Generation of Materials by Design (CNGMD) made the breakthrough and took the idea from theory to reality. An Energy Frontier Research Center, which is supported by the Energy Department’s Office of Science and researchers from NREL, the Colorado School of Mines, Harvard University, Lawrence Berkeley National Laboratory, Massachusetts Institute of Technology, Oregon State University, and SLAC National Accelerator Laboratory.

“It’s a really nice example of what happens when you bring different institutions with different capabilities together,” said Holder, who also is affiliated with the University of Colorado, Boulder. His co-authors from NREL are Stephan Lany, Sebastian Siol, Paul Ndione, Haowei Peng, William Tumas, John Perkins, David Ginley, and Andriy Zakutayev.

A mismatch between atomic arrangements previously thwarted the creation of certain alloys. Researchers with CNGMD were able to create an alloy of manganese oxide (MnO) and zinc oxide (ZnO), even though their atomic structures are very different. The new alloy will absorb a significant fraction of natural sunlight, although separately neither MnO nor ZnO can. “It’s a very rewarding kind of research when you work as a team, predict a material computationally, and make it happen in the lab,” Lany said.

Using heat, blending a small percent of MnO with ZnO already is possible, but reaching a 1:1 mix would require temperatures far greater than 1,000 degrees Celsius (1,832 degrees Fahrenheit), and the materials would separate again as they cool.

The scientists, who also created an alloy of tin sulfide and calcium sulfide, deposited these alloys as thin films using pulsed laser deposition and magnetron sputtering. Neither method required such high temperatures. “We show that commercial thin film deposition methods can be used to fabricate heterostructural alloys, opening a path to their use in real-world semiconductor applications,” co-author Zakutayev said.

The research yielded a first look at the phase diagram for heterostructural alloys, revealing a predictive route for properties of other alloys along with a large area of metastability that keeps the elements combined. “The alloy persists across this entire space even though thermodynamically it should phase separate and decompose,” Holder said.

Funding for the research came from the U.S. Department of Energy’s Office of Science.