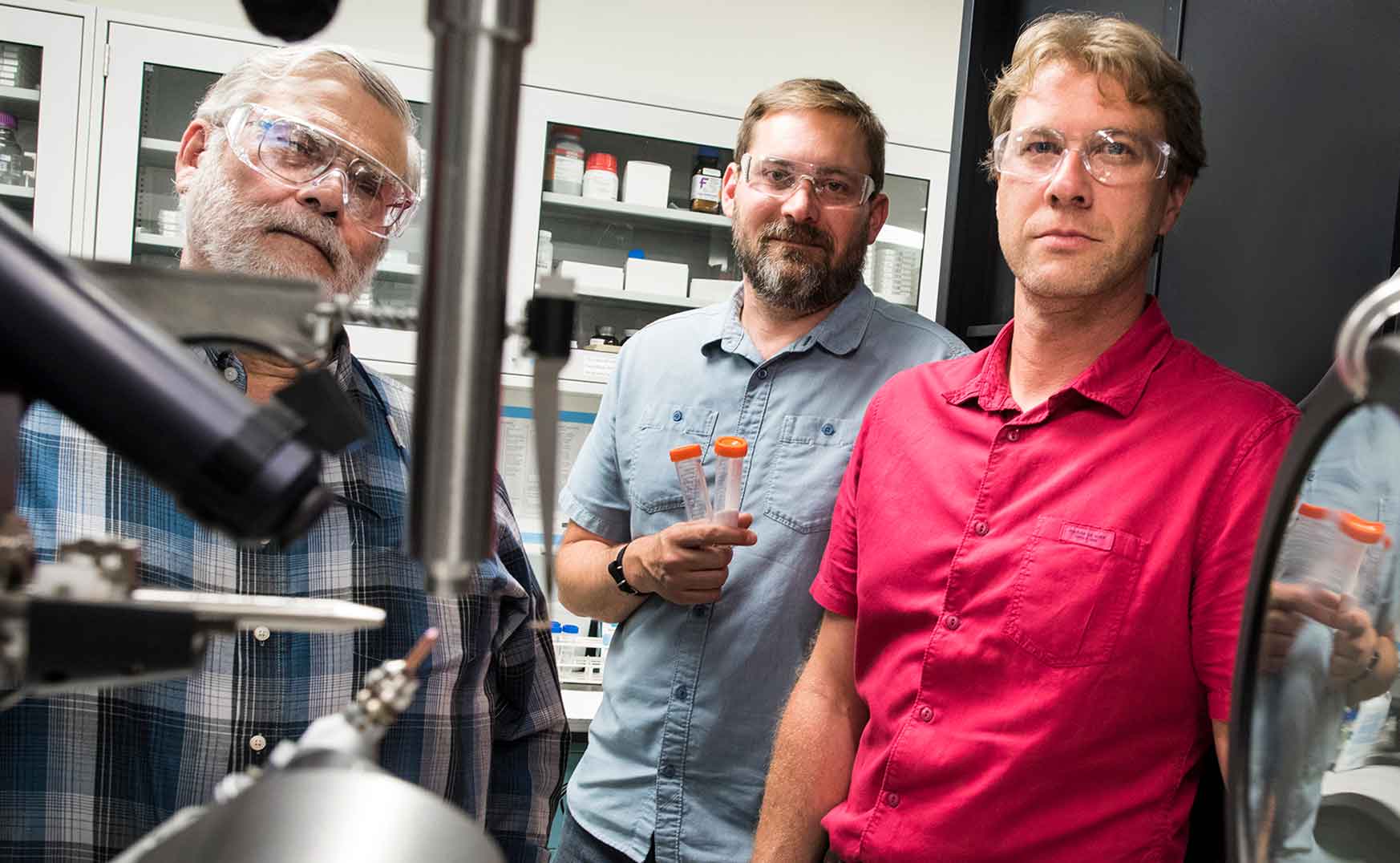 An enzyme discovered at the U.S. Department of Energy’s (DOE) National Renewable Energy Laboratory (NREL) proves adept at breaking down cellulose fibers regardless of whether their crystalline structure is simple or highly complex. No other enzyme has shown that ability.

The enzyme, called CelA, comes from Caldicellulosiruptor bescii, and NREL scientists reported three years ago, in the journal Science, how it can convert biomass to sugars faster than competing catalysts in commercial enzyme preparations. The follow-up study, detailed in the new Scientific Reports paper, The Multi Domain Caldicellulosiruptor bescii CelA Cellulase Excels at the Hydrolysis of Crystalline Cellulose, points to how the enzyme could help remove one of the technical and economic barriers preventing cellulosic biofuels from becoming a commercial reality.

“CelA is able to break down cellulose with high crystallinity the same as low crystallinity, which has never been shown for any other cellulase,” said Yannick Bomble, a senior research scientist at NREL and the senior author of the paper. “The better the cellulase is, the quicker you can convert biomass to simple sugars so the cheaper the process will get.”

Bomble’s co-authors from NREL are Roman Brunecky, Bryon Donohoe, John Yarbrough, Ashutosh Mittal, Larry Taylor, Daehwan Chung, and Michael Himmel. Other co-authors were Brian Scott, Hanshu Ding, Sarah Teter from Novozymes, and Jordan Russell and Janet Westpheling from the University of Georgia. Their research looked at how CelA performed in breaking down and interacting with the components of cell walls in corn stover: glucan, xylan, and lignin. Chemical pretreatments were used on corn stover and silky fibers called cotton linters, leaving behind various amounts of the components and varying degrees of crystallinity, respectively. The experiments showed the degree of crystallinity didn’t affect how well the enzyme performed.

The sticking point came when CelA encountered lignin, the component that provides rigidity to cell walls. With some pretreatment conditions, some lignin remained, and that stopped the enzyme. “If it binds to lignin, it’s just stuck. It can’t process or break down biomass any longer,” Bomble said. “When that happens, you lose the enzyme. The more enzymes you lose to non-productive binding, the less efficient the conversion. That’s usually the problem. This is why we’re working on strategies to prevent CelA’s binding to lignin but retain the vital affinity to cellulose.”

The latest research was funded by DOE’s BioEnergy Science Center.