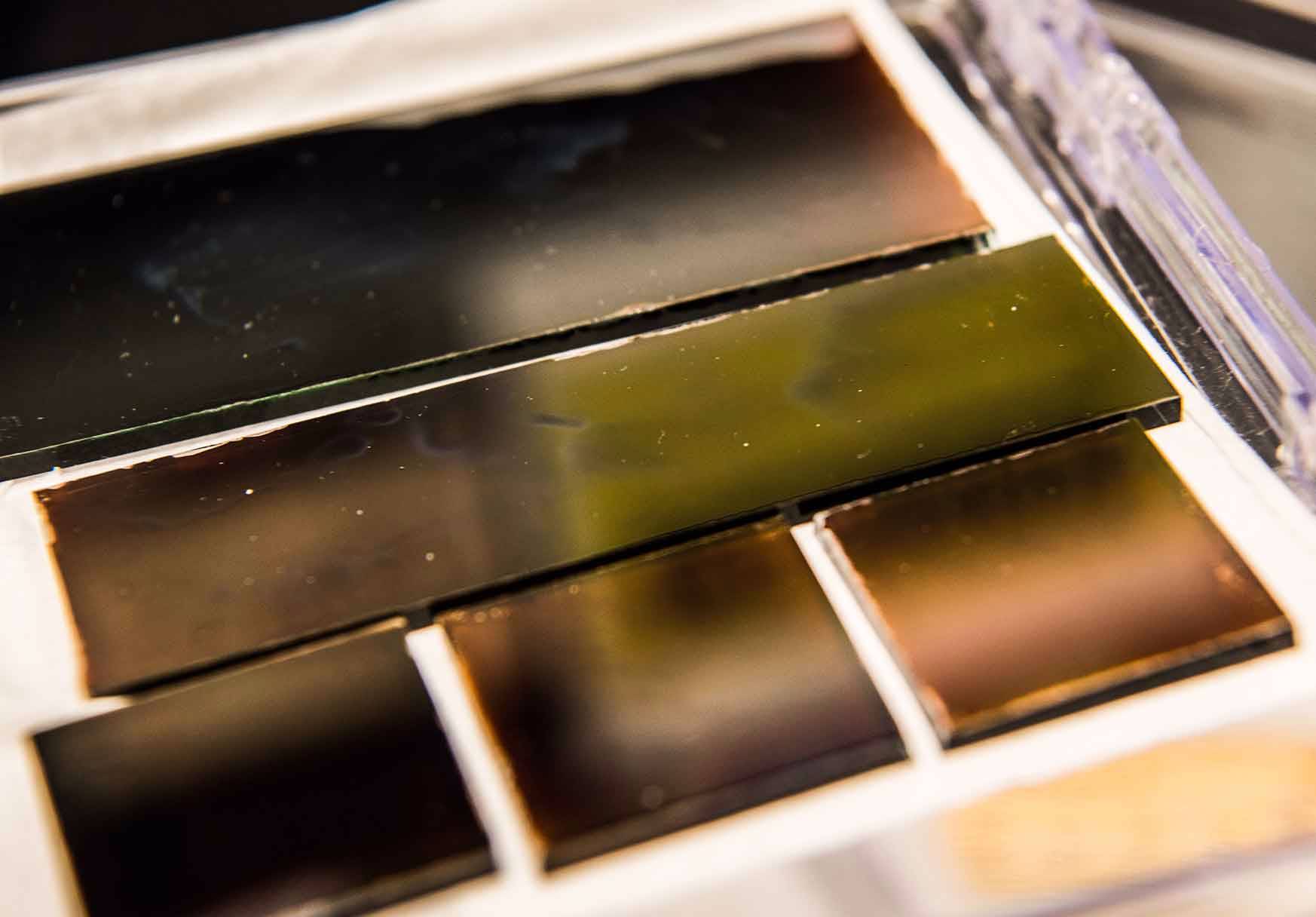 Proven highly efficient at converting sunlight into electricity, perovskite solar cells have yet to move beyond the laboratory. The crystalline structure of perovskites must be carefully grown upon a substrate, which is normally done by laboratory-scale spin coating - a technology that can't be scaled to large-scale manufacturing. The best devices fabricated using scalable deposition methods, which are suitable for future module production, still lag behind state-of-the-art spin-coated devices.

To create a perovskite film, a coating of chemicals is deposited on a substrate and heated to fully crystalize the material. The various steps involved often overlap with each other and complicate the process. One extremely critical stage requires the addition of an antisolvent that extracts the precursor chemicals, and thus create crystals of good quality. The window for this step opens and closes within seconds, which is detrimental for manufacturing due to the precision required to make this time window.

NREL researchers were able to keep that window open as long as 8 minutes.

The formula for the precursor perovskite ink included a chlorine-containing methylammonium lead iodide precursor along with solvent tuning, coupled with an antisolvent, which could be deposited onto the substrate by either spin-coating or blade-coating methods. Both methods were tested and produced indistinguishable film morphology and device performance. Blade-coating is more attractive to manufacturers because it can easily be scaled up.

The researchers tested one precursor ink containing excess methylammonium iodide (MAI) and a second containing added methylammonium chloride (MACI). The MACI proved most effective in reducing the length of heat treatment the perovskites require, cutting the time to about a minute compared to 10 minutes for the MAI solution. The shorter time also should make the process more attractive to manufacturers.

Using blade-coated absorbers, NREL scientists made a four-cell perovskite module measuring about 12.6-square centimeters. Of that, 11.1-square centimeters were active in converting sunlight to energy and did so with a stabilized efficiency of 13.3 percent.

This research is supported by the DOE's SunShot Initiative, a national effort to drive down the cost of solar electricity and support solar adoption. Learn more at energy.gov/sunshot.