Beneath Solar Panels, the Seeds of Opportunity Sprout

Low-Impact Development of Solar Installations Could Be Win-Win-Win for Food, Water, and Renewable Energy

On a humid, overcast day in central Minnesota, a dozen researchers crouch in the grass between rows of photovoltaic (PV) solar panels. Only their bright yellow hard hats are clearly visible above the tall, nearly overgrown prairie grasses—which are growing exactly as expected.

Bent over white, square frames, some of the researchers catalog the number and type of native plants growing on a square foot of land. Others press double-forked meters into the ground, measuring the soil moisture below the solar panels and in open ground. Nearby, beekeepers check on the health of local hives.

Their research is part of an ongoing study to quantify the benefits of a new approach to solar installations: low-impact solar development.

By 2030, utility-scale solar installations could cover almost 2 million acres of land in the United States. Traditional solar development would monopolize this land for just one use: energy production.

Traditionally, large solar installations are deployed on land that is first leveled, removing much of the topsoil and vegetation. After the mounting racks and solar panels are installed, the ground is covered in gravel or turf grass. With low-impact solar development, the ground may also be leveled in some places, but the topsoil is preserved. After the panels are installed, native and other beneficial vegetation—often friendly to bees and other pollinators—is planted. 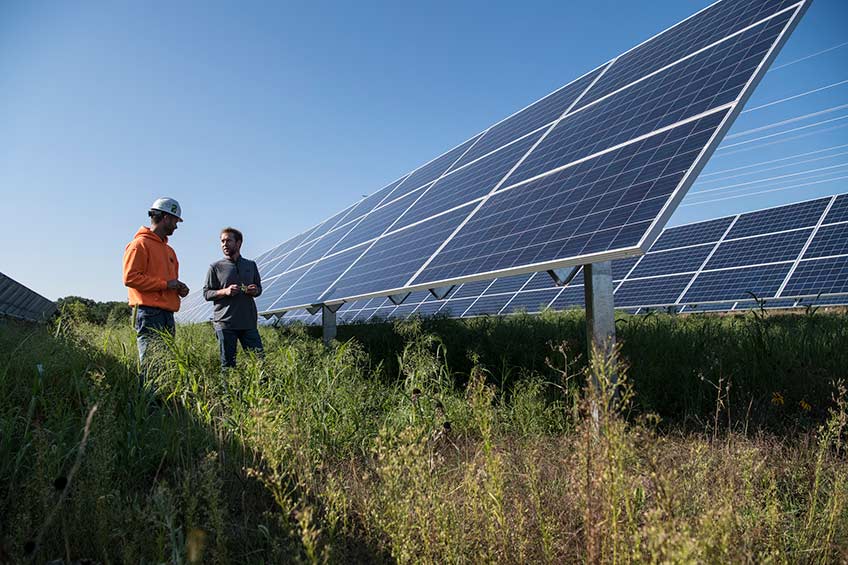 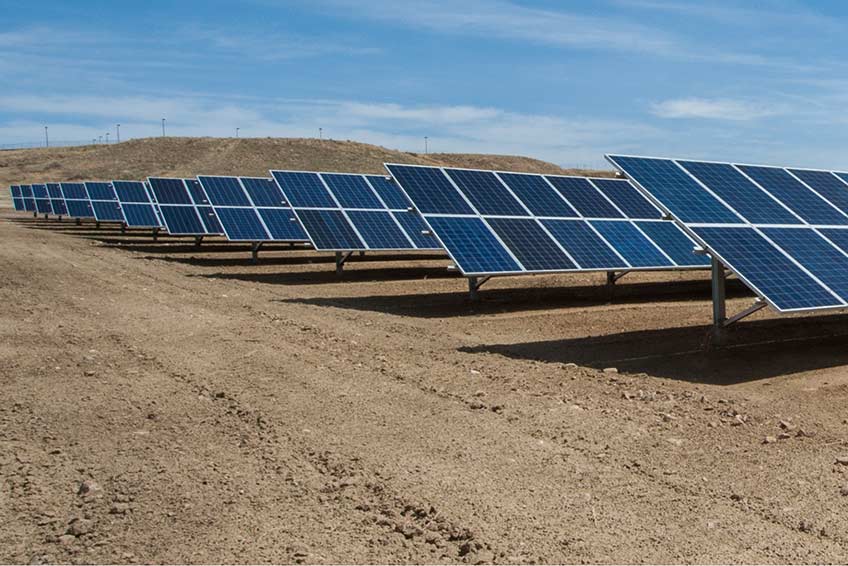 The deep roots of native vegetation retain more water than turf grass and gravel during heavy storms and periods of drought. They also help retain topsoil and improve soil health over time, even in "brownfield" areas with polluted soils.

Perhaps most importantly, native and flowering vegetation provides a habitat for native species, especially pollinators and other beneficial insects that can improve yields at nearby farms.

At several InSPIRE sites, local beekeepers and university and national laboratory researchers are tracking their bees' visits to the pollinator-friendly vegetation under the solar panels. The goal is to determine how vegetation at solar sites can benefit insect populations and to understand the extent to which pollinator-friendly solar installations can boost crop yields at surrounding farms.

The low-impact approach also benefits solar developers. For example, skipping the removal of topsoil reduces site preparation expenses. As prices continue to fall for solar panels and other hardware, nonhardware costs (including site preparation) will soon account for 20% of total utility-scale solar costs. Native vegetation, if selected appropriately, also requires less ongoing maintenance than traditional gravel or turf grass approaches, as there is less of a need for mowing or spraying.

Flourishing vegetation can even boost energy production from solar panels. Warmer temperatures can reduce the efficiency with which PV cells convert sunlight into electricity. The ground shading and increased evaporation provided by a healthy layer of undergrowth can actually cool solar panels, increasing their energy output.

"In a risk-averse industry, this is perceived as a risky practice because there haven't been any studies and there isn't any data to say that this works or that there can be benefits to the solar project," said Macknick. "That's why we are doing the first systematic and robust research on low-impact solar development—to see what works and to quantify costs and benefits."

At the Minnesota test site, Macknick and his colleagues have planted nine different seed mixes and are studying their impact on temperatures, soil moisture levels, energy production, and maintenance over several years. At sites in six other states, representing the country's diverse climates, similar research is underway.

To ensure research stays abreast of current industry practices, an InSPIRE stakeholder group called ASTRO (Agriculture and Solar Together: Research Opportunities) brings together researchers, solar developers, and government agencies to share the latest data and best practices. Ultimately, InSPIRE's research should yield actionable suggestions for the solar industry, answering questions such as "What seed mixes do we plant to minimize maintenance costs in certain climates?" or "How frequently do we mow?" 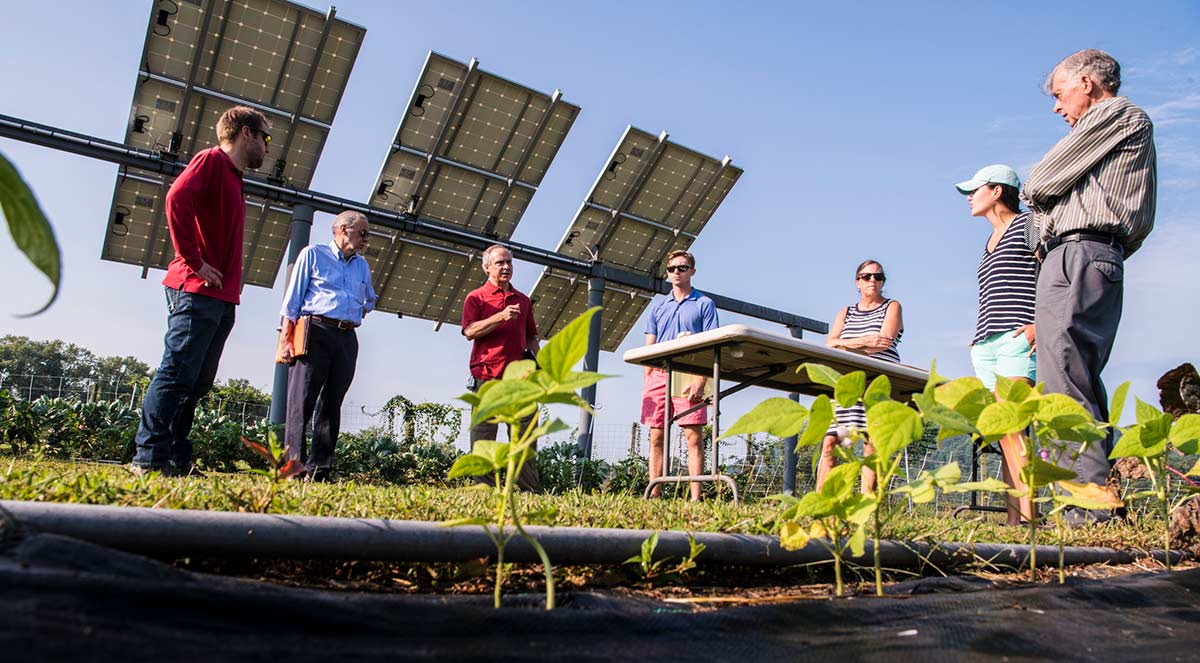 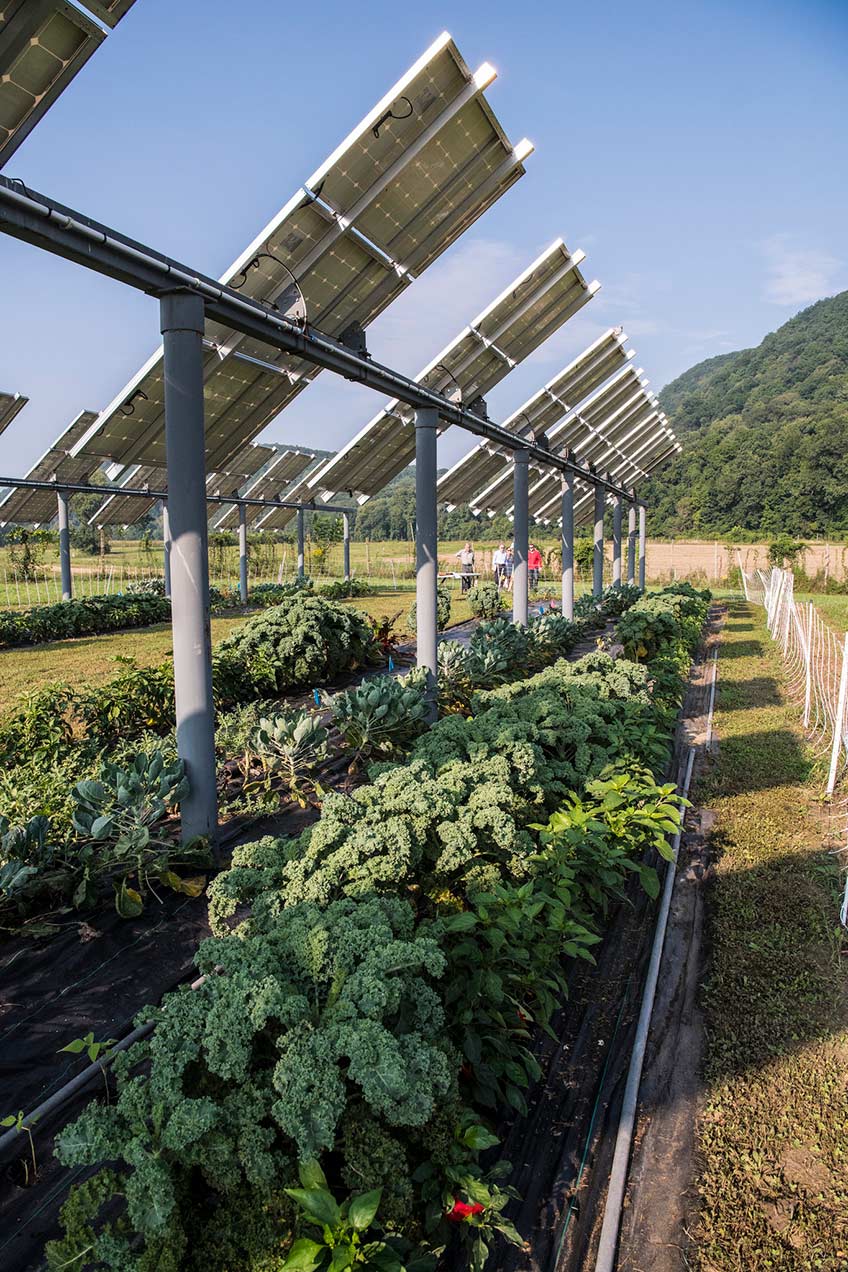 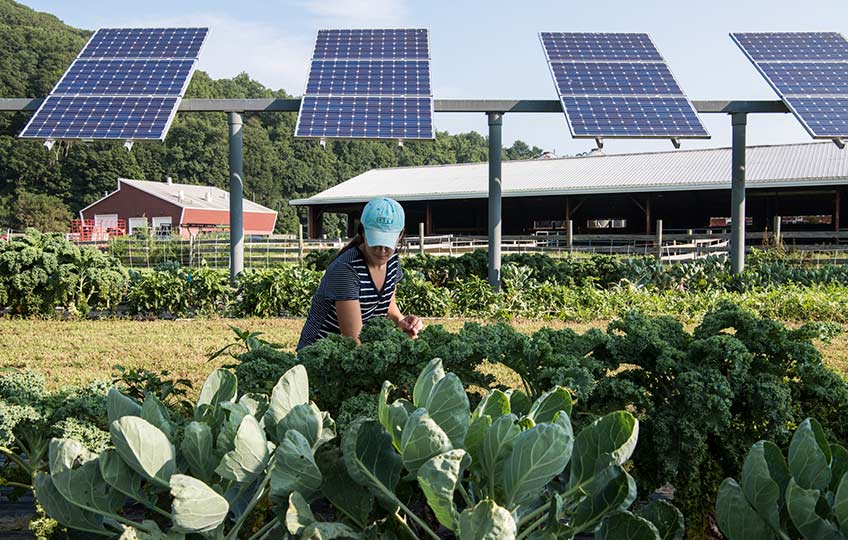 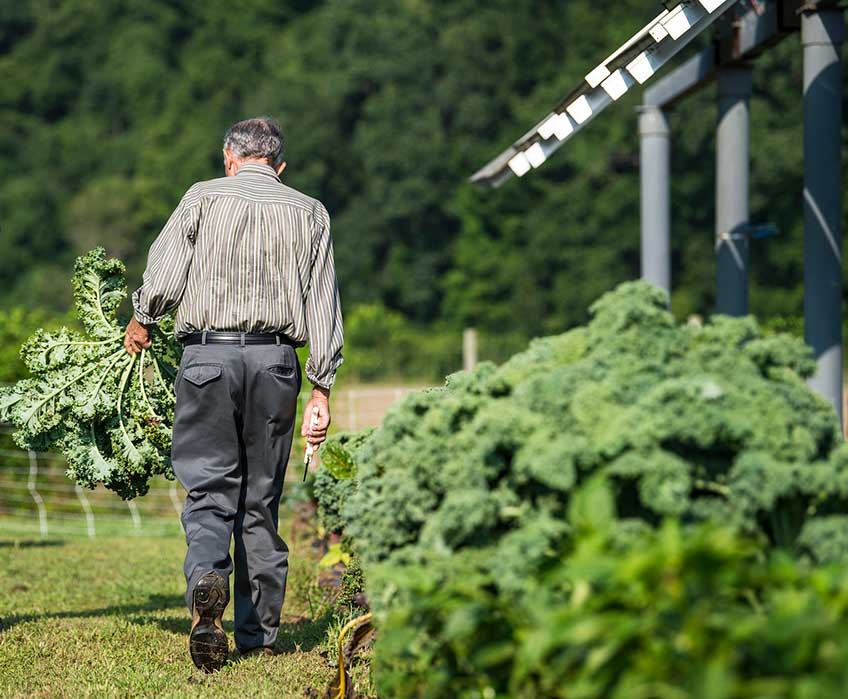 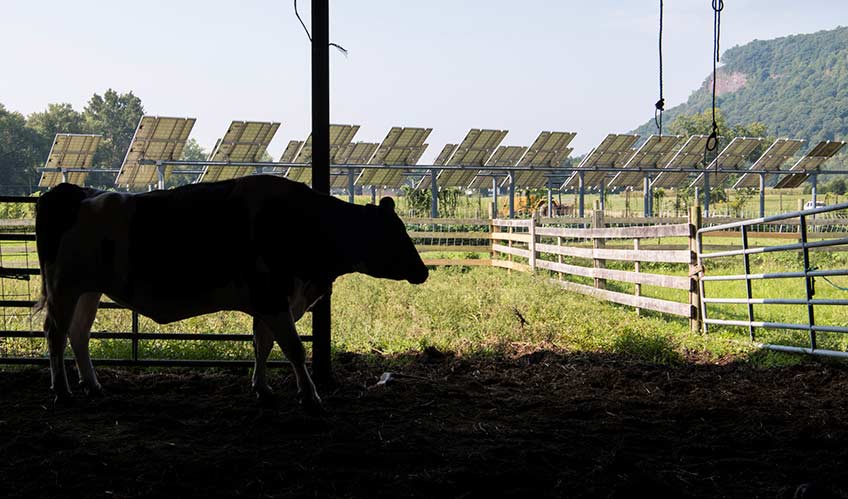 At InSPIRE's Massachusetts, Arizona, and Oregon sites, the team is testing a particular low-impact approach that adds food to the mix: agrivoltaics. Growing agricultural crops under the shade of solar panels uses water much more efficiently while shielding plants from the worst of the midday heat.

Agrivoltaics probably won’t be feasible for large-scale, single-crop farms that rely on heavy machinery. But preliminary results already suggest it can significantly boost the yields of certain plants in hotter-than-average years. At the Arizona site, cherry tomato yields are doubled and require less water when grown in the shade of solar panels.

For states and municipalities with limited farmland, agrivoltaics offers another benefit. Gerry Palano, an energy program coordinator for the Massachusetts Department of Agriculture, has been working with cities and farmers to ensure new solar projects strike a balance between meeting the state's renewable energy goals and maintaining local agriculture.

It doesn't have to be an either-or choice. For all our agriculturally productive land, let's help PV developers and farmers plan out these solar projects so that farmers can get under the arrays and continue to work the land for the next 20 or 30 years."
—Gerry Palano, energy program coordinator, Massachusetts Department of Agriculture

Agrivoltaics could help offset the impacts of extreme weather by reducing water use, increasing food yields, and limiting the negative effects of heat on solar panels.

Perhaps most importantly, low-impact solar development can make solar projects more responsive to the priorities and concerns of local communities.

"We will only achieve widespread PV deployment rates if communities are comfortable dedicating some of their land to solar development. Demonstrating the effectiveness of low-impact, pollinator-friendly practices helps communities realize they can guide development in ways that capture multiple benefits beyond energy production."
—Megan Day, urban and regional planner, NREL