Will Automotive Parts Made from Biomass Prove Tough Enough? 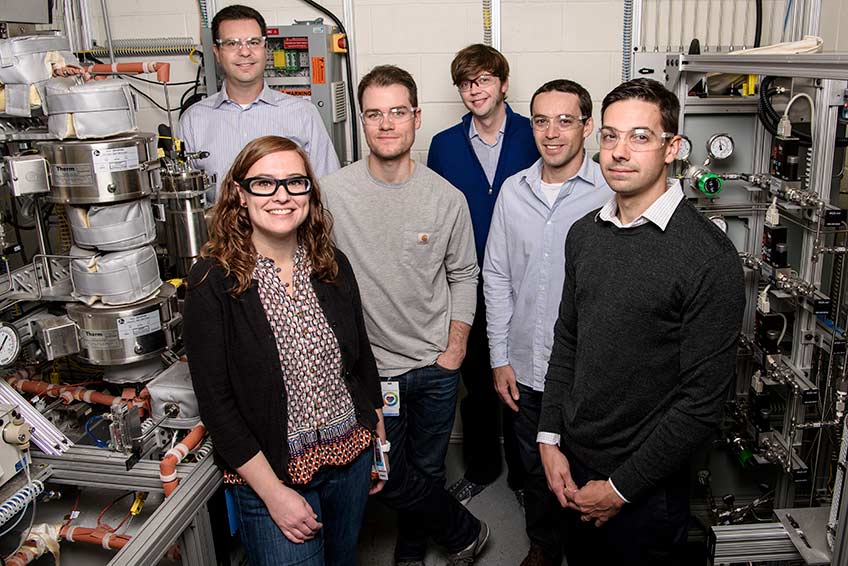 In plotting a course for the future, NREL researchers followed a road map from 1916. Their guide—a journal article penned by two chemistry professors from Johns Hopkins University—illuminated a path toward a groundbreaking new method to make the compound acrylonitrile from renewable sources.

Ongoing research by chemical engineer Eric Karp and others at the U.S. Department of Energy's (DOE) National Renewable Energy Laboratory (NREL) could lead to a cleaner method of transforming acrylonitrile (ACN) into carbon fiber, replacing petrochemicals with biomass as the starting point.

"In the early 1900s, researchers—and people in general—didn't have access yet to the vast petrochemicals that are available today," Karp said. "That's because the petrochemical industry really wasn't developed yet. Researchers were forced to use what was easily available to them, and that mostly included natural products."

So, scientists in the early 20th century developed techniques to make chemicals from natural products, but according to Karp, these processes were "mostly forgotten as the petrochemical industry really came online in the '40s and '50s." Now, renewable feedstocks are back in focus and the methods developed nearly a century ago are helping guide modern research.

Taking a page from history, Karp, Chemical Engineer Violeta Sànchez i Nogué, Todd Eaton (a postdoctoral researcher with NREL at the time), and their colleagues successfully produced 50 grams of bio-derived ACN. That capped the first phase of a DOE-funded program. The second phase, now underway, calls for the production of 50 kilograms of ACN that will be converted into carbon fiber and tested.

"Carbon fiber is this amazing lightweight material," Karp said. "Imagine replacing all of the steel and aluminum in a car with carbon fiber. Think of how far a car would go with the gas mileage you could get. You're looking at 60 miles per gallon for the average car on the road with existing engine technology."

More than 7 billion kilograms of ACN are produced globally each year. Also commonly used to make acrylic fibers for clothes and carpets, ACN derives from an energy-intensive, petroleum-based process that produces hydrogen cyanide as a toxic byproduct. Looking for a cleaner way to make carbon fiber—and one immune to the swings of petroleum pricing—DOE asked some key questions. Is there a green way to get to ACN? And can it be done cheaply enough, at less than $1 a pound?

"We came up with six different ways to make bio-based acrylonitrile," said Gregg Beckham, a senior research fellow at NREL. He, along with Karp, Senior Research Engineer Derek Vardon, Principal Scientist Bob Baldwin, and Associate Laboratory Director for Bioenergy Science and Technology Adam Bratis, wrote the proposal to secure the DOE funding that green-lit the project and prompted the creation of the NREL-led Renewable Carbon Fiber Consortium. They tested three of the six methods, including a new catalytic process they developed called nitrilation.

The nitrilation process, published in the journal Science near the end of last year, produced a 98% yield of ACN. The yield from the petroleum-based method ranges from 80%-83%. With that result, at DOE's suggestion, NREL shelved research into the three remaining ideas.

Nitrilation can use a variety of feedstocks. During the first phase, NREL researchers used corn stover, which consists of the stalks and leaves left over after harvesting the crop. The sugars in this biomass are converted by a microorganism into 3-hydroxypropionic acid (3-HP), which in subsequent steps is transformed into acrylonitrile.

"This is a genetically modified strain because the microorganisms that we were using for the 3-HP production, they don't naturally produce it," said Sànchez i Nogué, who oversaw the biological component of the research. For the second phase, the global company Cargill Incorporated will produce larger volumes. "They have an industrial strain that can produce 3-HP with much higher efficiency than we have in-house," she added.

As members of the Renewable Carbon Fiber Consortium, Cargill and other companies will play vital roles in furthering the research. A West Virginia nonprofit research institute, MATRIC, will convert Cargill's 3-HP into ACN. Then a Portuguese company will produce the carbon fiber and hand it off to Ford Motor Company. The car manufacturer will fashion the carbon fiber into parts and compare the biomass-derived versions against those made through the traditional process.

"I'm just so excited to see this start being applied out in the real world, beyond here, just to see it go somewhere beyond a paper," Karp said. 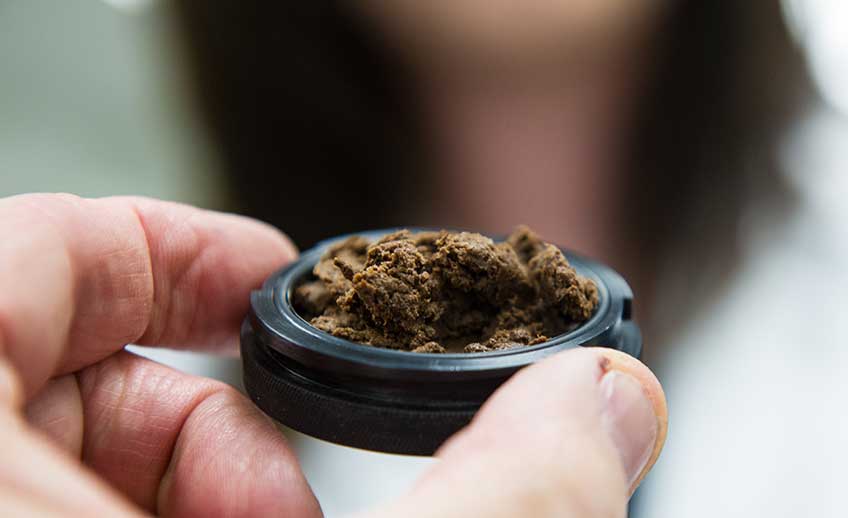 The research team met the target, but only after designing and building a catalytic reactor to automate and monitor the process.

"There are a lot of issues with the petroleum-based process that the nitrilation process gets completely away from," said Bratis. "It makes water and ethanol as byproducts, and you can recycle the ethanol." In addition, nitrilation uses simpler catalysts and cuts manufacturing costs by about two-thirds.

The answers will come with time—and additional research already underway.