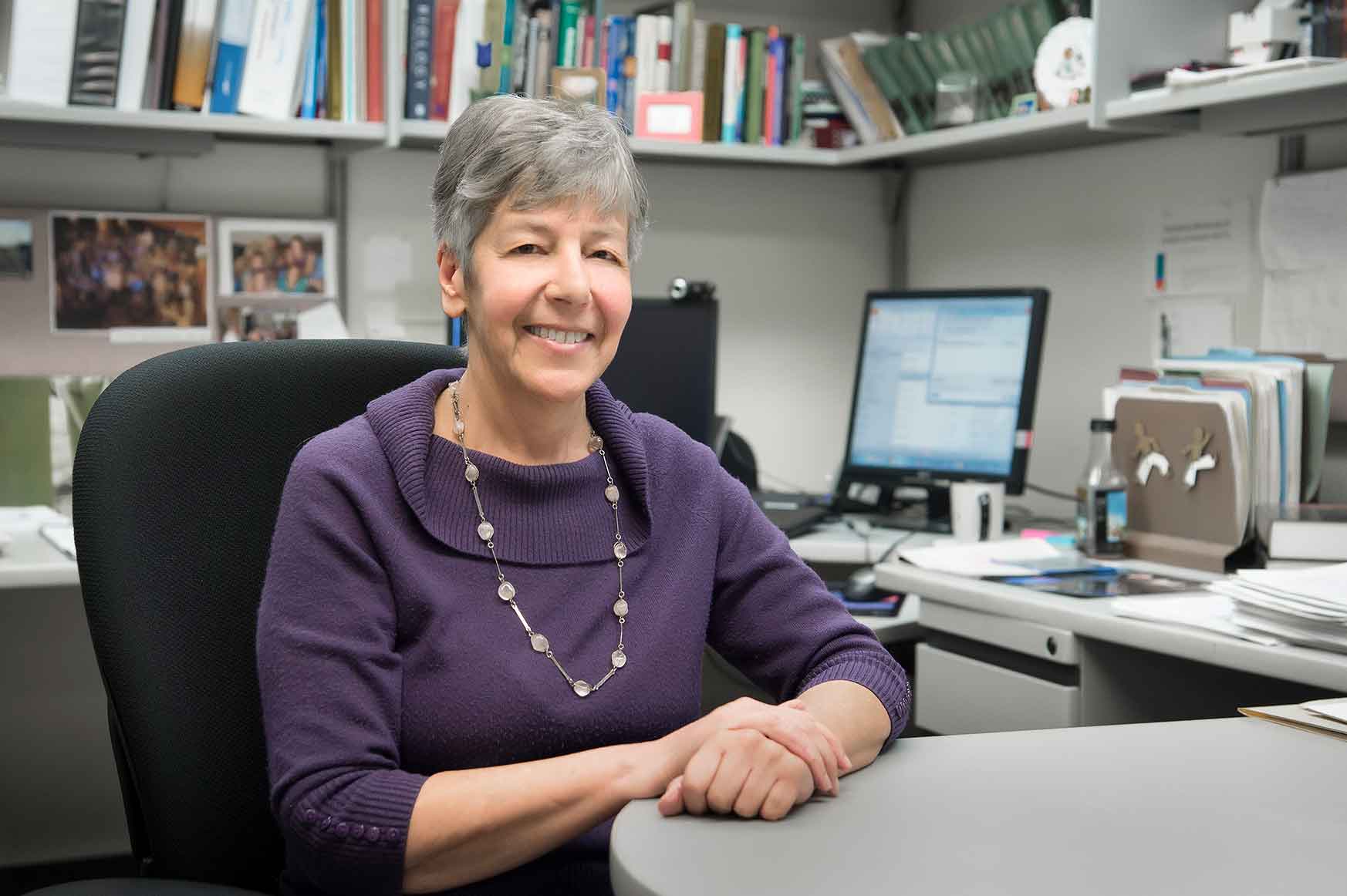 Research Fellow Maria Ghirardi has been such a pioneer in bioenergy for decades, it might be easy to assume that this National Renewable Energy Laboratory (NREL) research fellow always aspired to become a scientist.

But Ghirardi, who gravitated to the study of biology while growing up in Brazil, initially wanted to be a doctor. She went through four years of medical school before she concluded the profession really wasn't to her liking. "I realized that I loved the science, but I hated the idea of being responsible for peoples' health," she said. "I got too emotionally involved with the patients, and that is not what you want to see in a medical doctor."

Instead, she dropped out in 1976, and moved with her new husband to Boston, where he began a graduate program at the Massachusetts Institute of Technology (MIT)—and she started her journey of personal discovery. "I was completely confused by what I was going to do with my future," Ghirardi said.

After two years on the East Coast, she relocated to Berkeley, California, and took the opportunity to restart her education.

Because she'd completed many of the basics, the University of California, Berkeley, allowed her to begin as a junior. "I didn't want to go the human or animal studies route, so I went into plants, particularly photosynthesis." Ghirardi traded a physician's white coat for a scientist's lab coat to start an undergraduate program called "Bioenergetics"—the study of energy-producing and -consuming reactions in plants. Her true career path was unfolding.

A Turn or Two in the Path before Finding NREL

Life in Berkeley was unsettled. "Things were crazy in the '70s and early '80s," Ghirardi laughed. "In the bioenergetics program, I had three wonderful teachers who really raised my interest in that area of research. I talked to a professor who said I should get a master's or Ph.D. in that area."

She started with a master's program in comparative biochemistry, during which she researched different energy-producing pathways and microbes in plants. After publishing some papers, she decided to continue for her Ph.D. In 1988, she finally earned her doctorate—and was thinking about academia. Instead, she took a postdoctoral appointment with the U.S. Department of Agriculture in Maryland. There, her research involved a particular protein in photosynthesis with fast turnover that was considered a regulatory mechanism for avoiding cell damage under high light. The experience shifted her focus away from teaching and onto research institutions.

When her three-year appointment ended in 1991, she searched again for a postdoctoral researcher opening. That's when she saw an ad for NREL. "I had a friend who said, 'Come out here to Boulder—you'll love it.'" When Mike Seibert (now an NREL research fellow emeritus) offered her a position, Ghirardi, now a single mother, decided Colorado was where she wanted to be and raise her son. 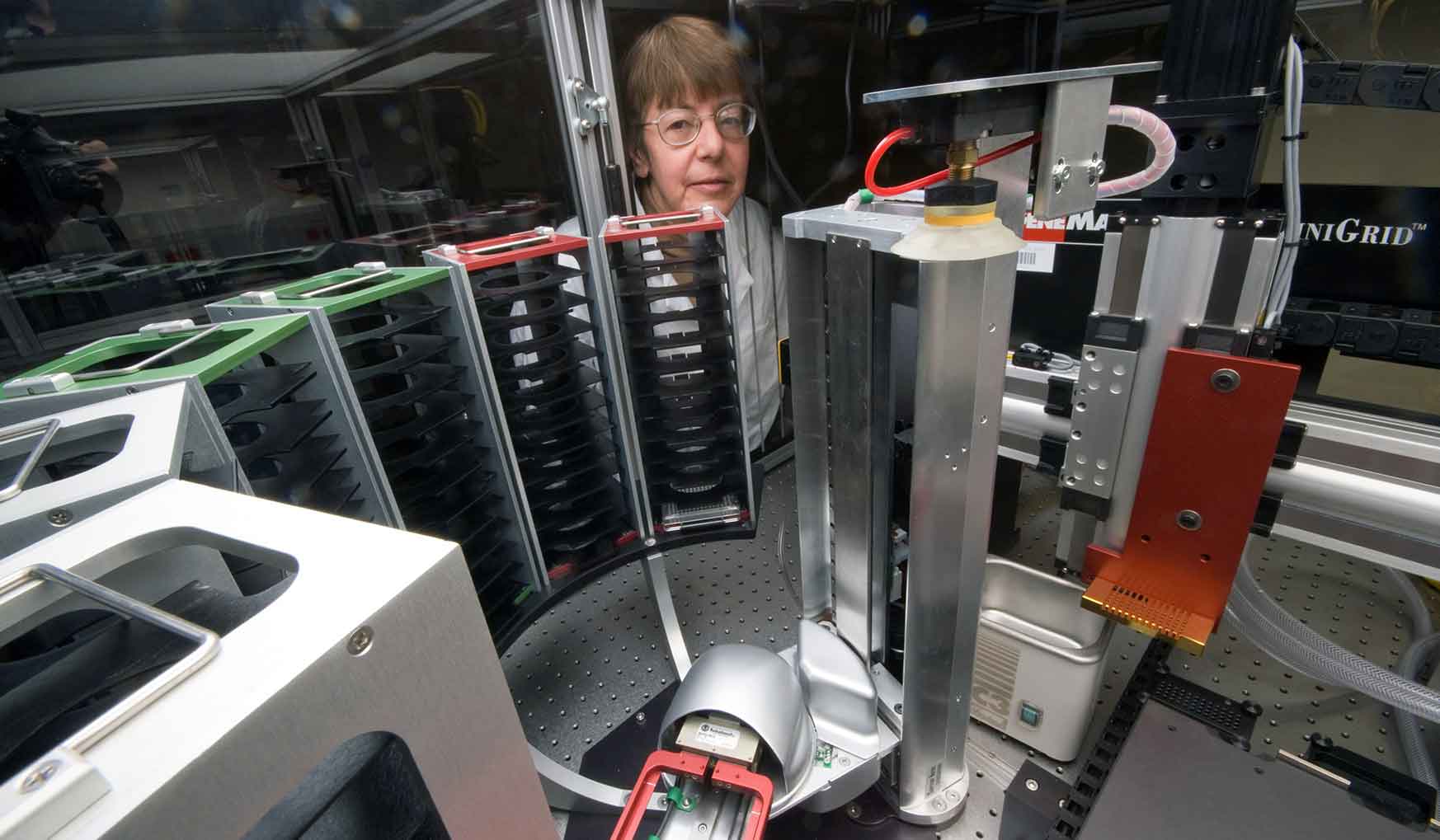 After finishing her postdoctoral training in another photosynthesis-related area, she applied for and successfully received funds to work on a U.S. Department of Energy-funded project involving hydrogen production, a project related to her background in photosynthesis. "It wasn't that much of a transition," she said. "I learned quickly." After three years of learning about handling hydrogenases, proteins that produce hydrogen, she received funding for long-range and more basic research.

It didn't take long for Ghirardi to impress her NREL colleagues. "I can still vividly remember her interview and presentation at NREL," said Principal Scientist Pin-Ching Maness. "She was highly qualified for the position and very quickly, she rose up the career ladder and has been playing a key role ever since in developing renewable energy at NREL."

Ghirardi's impact was immediate. Maness cited the seminal discoveries Ghirardi and Seibert made in the maturation machineries of FeFe-hydrogenase (the enzymes that oxidize or produce hydrogen) in the green alga Chlamydomonas. This has become an emerging research topic probing the fundamental mechanism governing photobiological hydrogen production.

For her part, Ghirardi said, "My biggest contribution to NREL was the work that I initiated in collaboration with Tassios Melis, my Ph.D. adviser. We came up with a system, based on depriving algal cells of a major nutrient (sulfate), which induced photoproduction of hydrogen gas that lasted a total of three to five days." This groundbreaking effort led to expanded interest from the Energy Department's Fuel Cell Technologies Office—and the rest of the world—in microbial hydrogen production. The research also resulted in 14 additional years of funding for Ghirardi's research group at NREL. As she said, "Algal hydrogen photoproduction made my career." Further funding received from two different Office of Science programs in the mid-2000s was initially focused on that same theme, although from a different point of view.

For the past decade, her group has also focused on the development of algal and cyanobacterial systems involving a study of fundamental regulations and biochemical processes that regulate the partitioning of electrons into metabolites and cellular bioenergetics. This research has led to several breakthroughs, one of which was the discovery of how hydrogenases are biosynthesized, a discovery that revolutionized the field of hydrogenase research. Ghirardi's basic science research continues to provide new insights and revelations on challenging bioenergetics and biosynthetic pathways.

"Maria has left a large and impactful footprint in algal biohydrogen research with a renowned reputation internationally," Maness said. It wasn't a surprise that, in 2016, the American Association for the Advancement of Science named Ghirardi a fellow for her contributions to the field of photobiological hydrogen production in photosynthetic organisms. 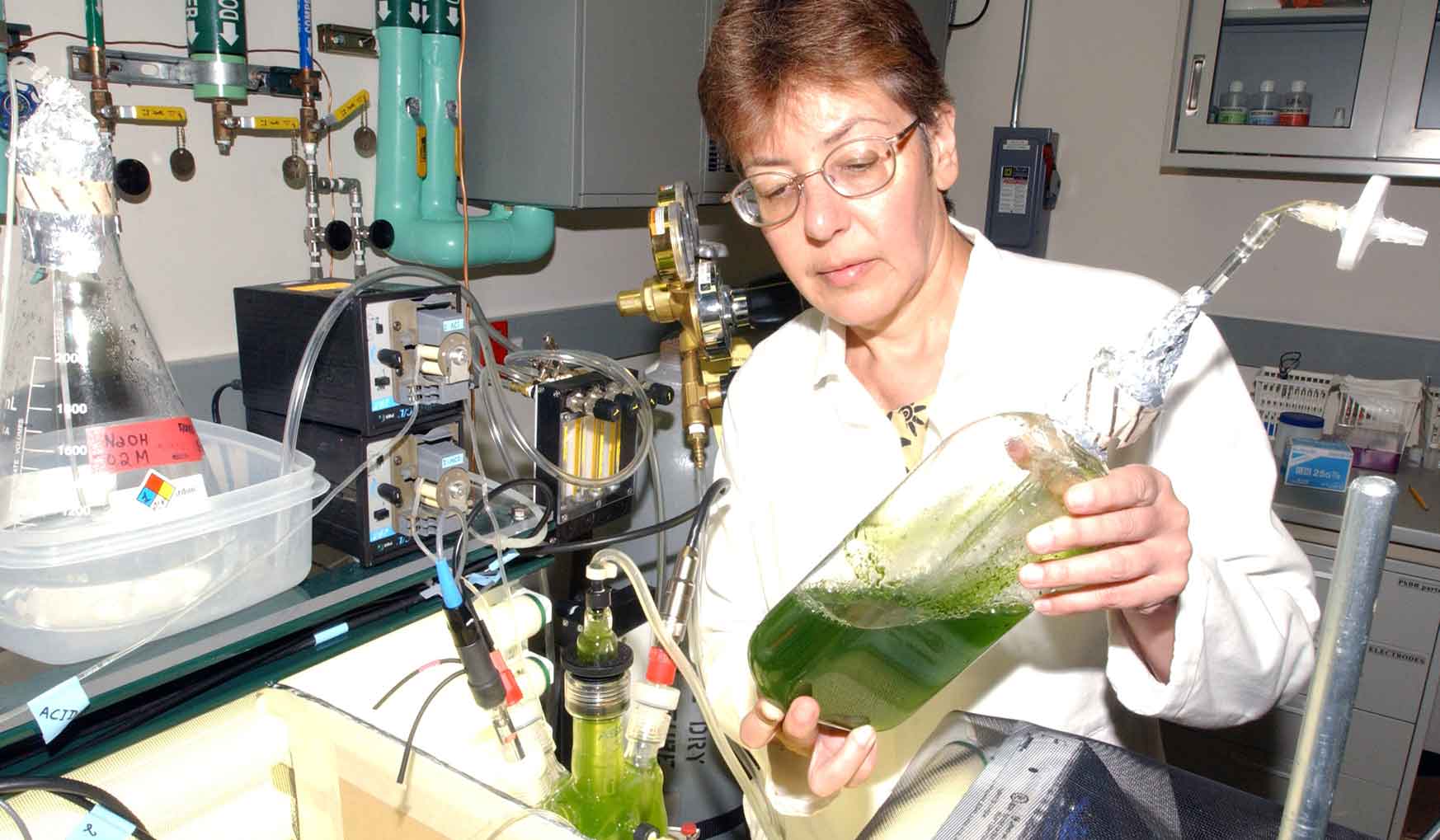 Her colleagues noted that Ghirardi has been a steady and strong advocate of basic science research at NREL, both by example through her groundbreaking scientific insights and impactful publications as a project principal investigator, and in her role as a group manager and research fellow providing mentorship, guidance, and leadership to NREL scientists and directorship.

A Change on the Horizon

Ghirardi loves her work, but she admitted that she is slowing down. After preparing her colleagues for years to take over her research, she announced her plan to retire at the end of fiscal year 2018. Through this period of transition, Ghirardi, along with her colleague Paul King, has led the development of a new core program at NREL on photosynthetic research. As the scope of the core program has evolved, and her leadership role has changed, Ghirardi continues to be a vital part of the research team, and her deep knowledge of photosynthesis is an invaluable resource for advancing the program's scientific goals. King said, "She provides a role model to the early career scientists in the group, and is always willing to give her time, advice, and support."

Ghirardi is sure about her decision. "It's a clean break. I feel I've done my job here. What I'm trying to do now is help younger scientists to move up in their careers," she said. And while algal hydrogen production remains costly, it has traction in countries with high fossil fuel costs. "There have been many exciting advancements by Italy, Australia, and other countries," she said.

After leaving NREL, she plans to volunteer—with the Denver Botanical Gardens foremost on her list of destinations. She took up gardening 15 years ago, but confessed that her knowledge of the inner workings of plants doesn't really help with her hobby. "My research focuses more on what happens inside the plant than what they're doing in the environment," she said. Additionally, she may do some consulting work in her area of expertise.

Of course, there will be travel, one of her passions, including more visits to Brazil, where her son now lives with his father. Yet Ghirardi, an American at heart, has no desire to leave her Lakewood house—or this country. Asked if she has any regrets about coming to Colorado, Ghirardi didn't hesitate. "None. This is my home."