The images below are samples of the maps available in the associated reports. Refer to the reports for further information.

If you have difficulty accessing these maps because of a disability, contact the Geospatial Data Science Team. 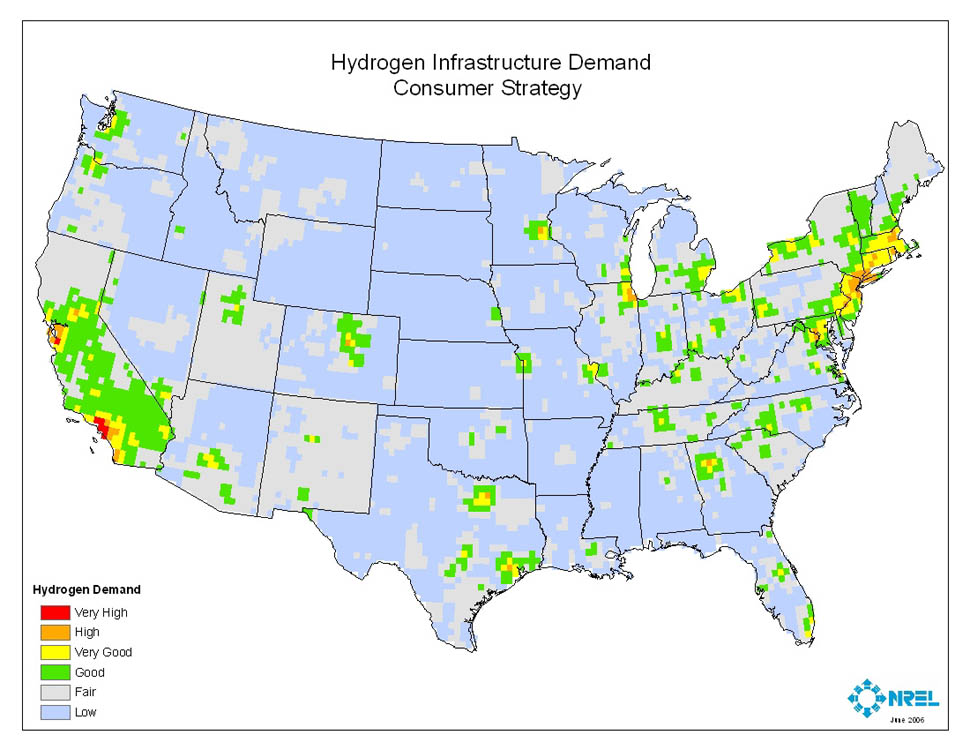 GIS was used to analyze demographic, socio-economic, transportation, and policy data that influence hydrogen demand. The demand scenarios were then further used to estimate infrastructure needs and usage throughout the country and predict transition infrastructure costs. 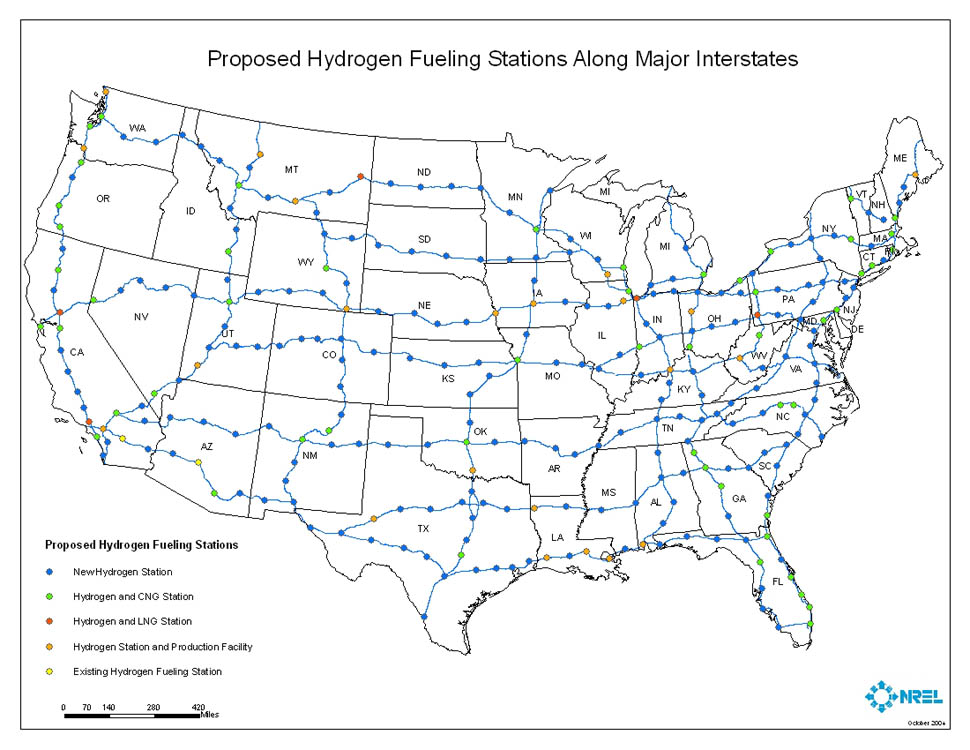 This project identified a minimum infrastructure to support the introduction of hydrogen-fueled vehicles. The objective was to determine the location and number of hydrogen stations nationwide that would make hydrogen fueling available at regular intervals along the most commonly traveled interstate roads, thus making interstate and cross-country travel possible. 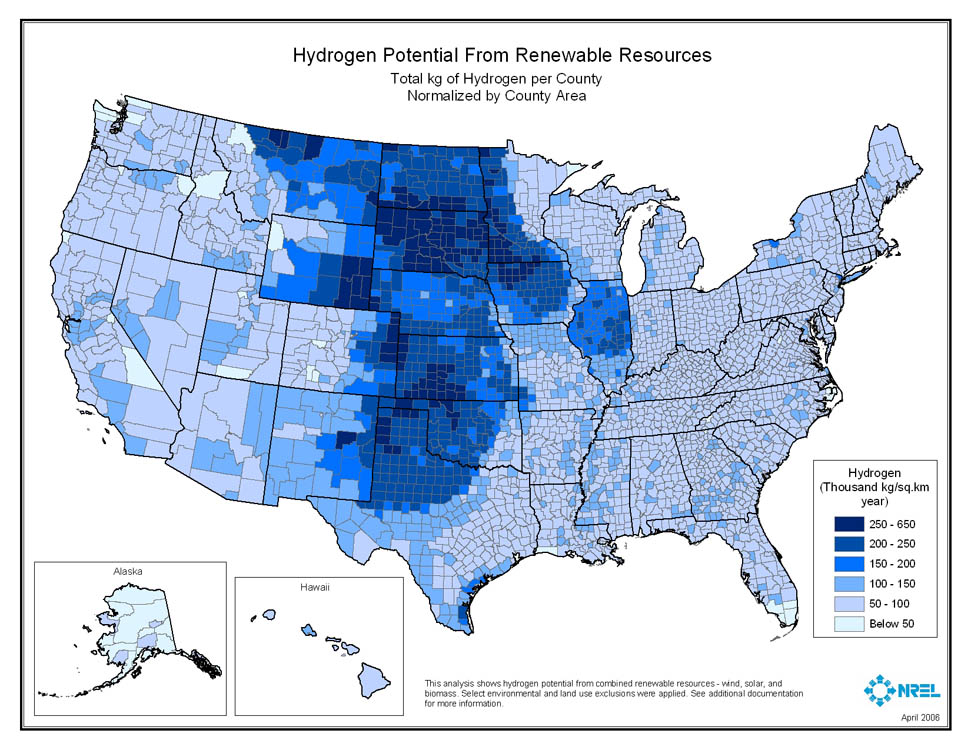 This study estimated the potential for producing hydrogen from key renewable resources (onshore wind, solar photovoltaic, and biomass) by county in the United States. It considers hydrogen production using wind and solar electrolysis as well as gasification and steam methane reforming methods for converting biomass to hydrogen.

This study estimated the quantity of hydrogen that could be produced from coal, natural gas, nuclear, and hydro power by county in the United States. It also examined factors to be considered in assessing the likely locations for hydrogen production, such as infrastructure and water availability.

We provide support to the HyDS (Hydrogen Deployment System Model), a computer model of U.S. market expansion of hydrogen production from wind and other sources over the next 50 years.

Modeling the Market Potential of Hydrogen from Wind and Competing Sources, WINDPOWER (2005)

This hydrogen data estimates the potential for producing hydrogen from onshore wind, solar photovoltaic, and biomass energy by county for the United States.

The zipped shapefile data set is designed to be used in geographic information system software applications.

This study found that approximately 1 billion metric tons of hydrogen could be produced annually from wind, solar, and biomass resources in the United States. The greatest potential for producing hydrogen from these resources is in the Great Plains region.

If you have any questions about the maps and data, please contact us.