Struggle To Dissociate Triplet Excitons From Singlet Fission in Pentacene 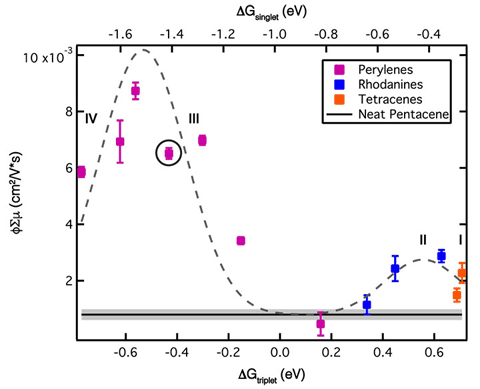 We have successfully identified electron acceptors capable of dissociating triplet excitons from singlet fission in pentacene films. However, even at the optimal driving force, the rate constant for electron transfer is surprisingly small. 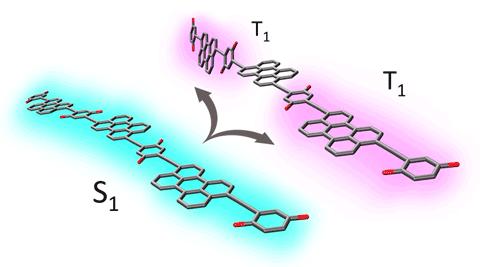 We discovered two triplet excitons born from one photon absorption event in chains of molecular absorbers are formed with no loss of energy and with lifetimes into the microsecond regime through the involvement of spatial separation and dynamic geometric isolation.

The design of strongly coupled yet flexible chromophores demonstrates a new paradigm for producing useful high-energy, triplet excitons in molecular architectures. They have potential as components in photovoltaics or photocatalysis schemes that previously were plagued by significant heat loss, poor efficiency of triplet separation, or short-lived triplet excitons. 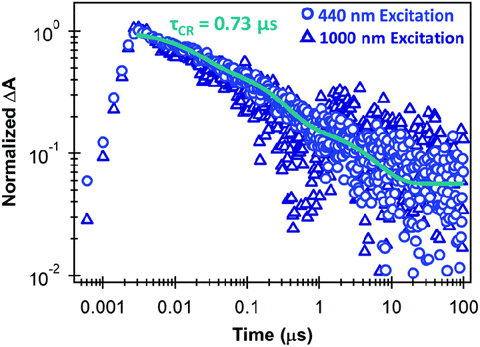