At the Energy Systems Integration Facility (ESIF), the University of Delaware demonstrated the vehicle-to-grid (V2G) characteristics of electric vehicles. This included a TransPower school bus and BMW MiniE, as well as four V2G charging stations and an optimizing aggregator, provided by Nuvve Corporation. 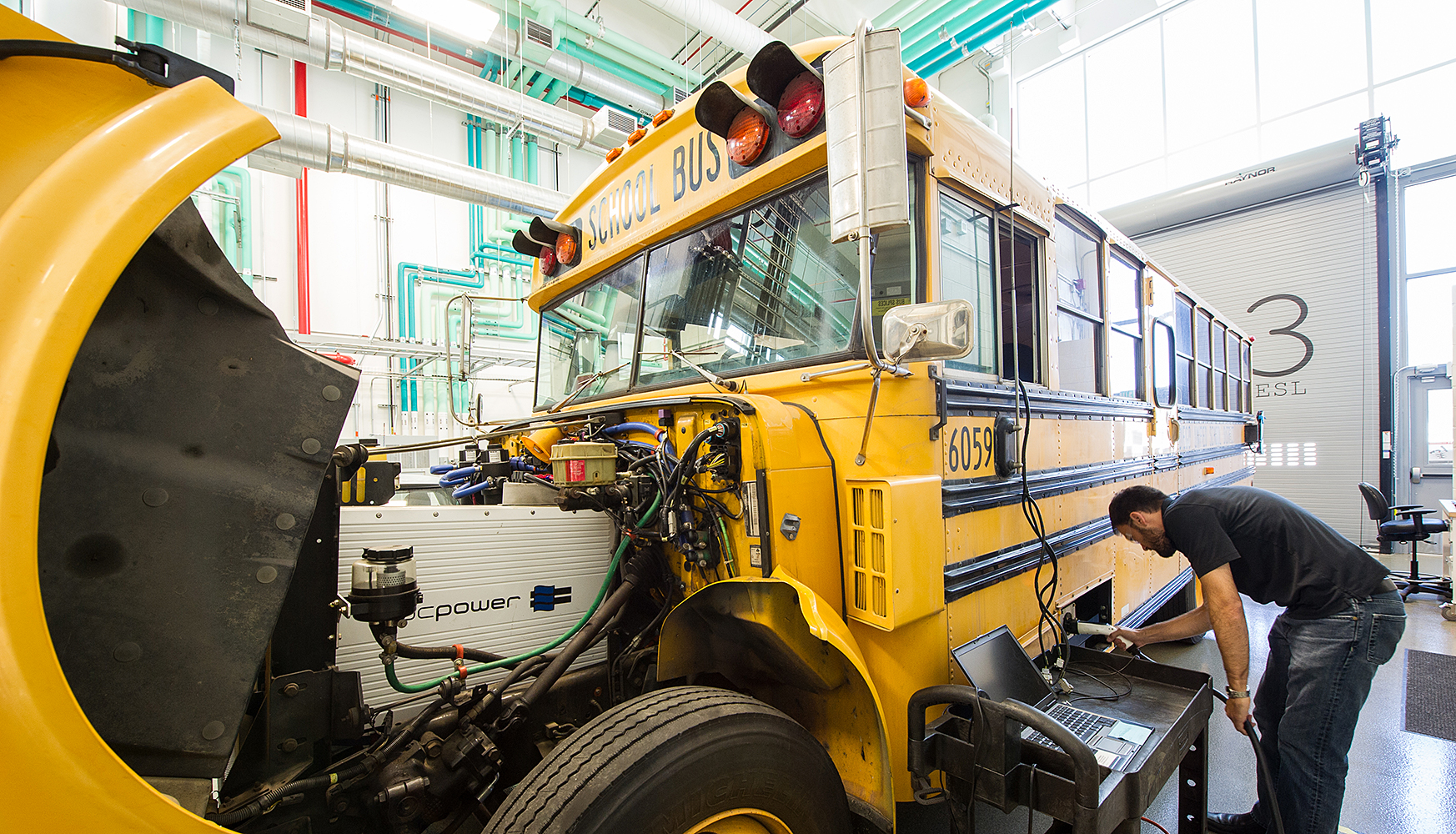 The aggregator technology communicates through an open-source protocol designed to enable entities to interact with and dispatch an abstract fleet of V2G or smart-charging vehicles, facilitating the optimization of electric system resources to allow greater amounts of distributed and variable renewable resources on the grid.

The ESIF research examined the basic electrical characteristics of the V2G vehicles, such as the round-trip efficiency of providing grid services, their robustness during voltage transients and electrical faults, the latency between sending a control signal to the vehicles and seeing a response in power output, the maximum rate of increase in power output, the maximum and minimum up time for the vehicles, and power quality as the battery discharges.

The research also quantified the vehicles' response to simulated utility control signals and demonstrated autonomous operation for grid support based on local frequency and voltage measurements, using a grid simulator in the ESIF. In addition, the vehicles were controlled to level the power production from home-sized photovoltaic systems. This included two modes: first to minimize power injected into the grid, then to level solar power output by storing power during peak solar output and discharging after sundown.

“Taking the electric vehicles and charging stations that we’ve been developing to NREL's ESIF was a fantastic opportunity. The ESIF grid simulator allowed us and our commercial partners to test against our equipment simulated grid faults and other conditions that can occur, on rare occasions, in the electric system.” - Willett Kempton, professor and principal investigator of electric vehicle research at the University of Delaware.