Distributed solar capacity in the United States is on the rise: approximately 2,580 megawatts (MW) of new residential solar photovoltaic (PV) capacity was brought online in 2016, and installed capacity increased more than 50% every year between 2012 and 2015. This growth in distributed PV has been the source of numerous and wide-ranging policy discussions on interconnection, net metering, and utility integrated resource planning. Another topic that has received considerably less attention in the distributed solar conversation is solar access—i.e., ensuring access to the amount of sunlight needed for a solar energy system to operate at its planned capacity. What happens, for example, if a property owner installs a rooftop PV system and his or her neighbor wants to build a second-story addition that would potentially shade the neighboring PV system, reducing its power output? To date, there have been relatively few documented solar access cases to offer guidance on potential approaches, and states and municipalities are beginning to consider the policy options to address these issues. 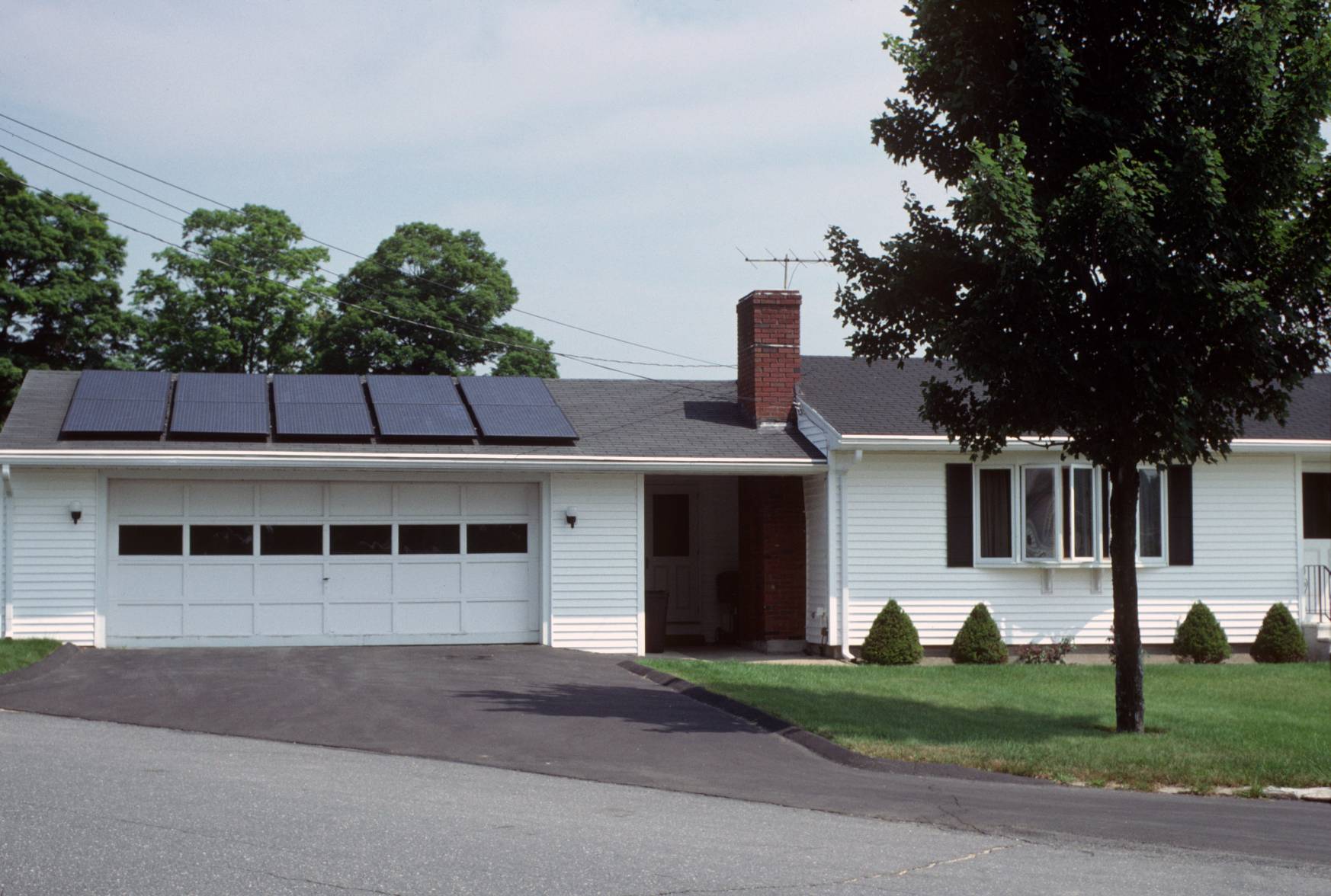 The existing policy landscape around solar access is somewhat limited. According to a survey of the DSIRE database, more than 40 states currently have some form of solar access or solar rights laws,[1] but most are voluntary and simply allow (but do not mandate) neighbors to directly negotiate solar easements with each other.[2] California, Iowa, Massachusetts, and New Mexico are among the states that have taken varied approaches to solar access laws. California’s amended Shade Control Act, for example, establishes that any tree or shrub that shades more than 10% of the area around a previously installed PV system is considered a private nuisance such that a PV system owner could seek court action against a neighbor to abate the nuisance (in this case, shading). Iowa allows for voluntary solar easements and authorizes local legislative bodies to develop “solar access regulatory boards” to review applications for solar easements. Massachusetts has expressly authorized municipalities to establish zoning ordinances and permitting processes to protect solar access, in addition to allowing solar easements. New Mexico has adapted the prior appropriations approach (i.e., first in time, first in right) to guarantee solar access. The state went a step further in attaching that right to the “real property” on which a solar energy system is sited, making the right transferrable to subsequent property owners. Several municipalities, including Ashland, Oregon, Boulder, Colorado, and Sunnyvale, California, have also enacted solar access policies.

As the number of distributed PV installations increases, states and municipalities may find themselves engaging more actively in issues related to solar access. Solar access policies may be particularly relevant in growing urban environments, where solar access and urban densification goals may conflict in certain areas, since building density can also result in more shading of neighboring properties. As these issues mature, community solar applications or solar access insurance options (an approach San Francisco has explored) could emerge as potential solutions. For example, community solar, which is generally not located directly on a subscriber’s property, could provide a mechanism for accessing the benefits of solar power while avoiding potential shading conflicts among neighbors. It might also offer an avenue for compensation in which a developer or property owner who ends up shading a neighbor’s PV system due to new development or construction could provide compensation by purchasing shares in a community solar installation equivalent to the solar capacity that was shaded.

[1] The terms ‘solar access’ and ‘solar rights’ are sometimes used interchangeably, but with respect to policies, ‘solar rights’ typically refer to the right of a property owner to install a solar energy system (e.g., prohibitions against restricting individuals’ ability to install a system) whereas ‘solar access’ deals more directly with guaranteeing access to the amount of sunlight needed to productively operate the system.