Solar is not a major contributor to the energy economy in Wyoming. The state generates 88% of its electricity from coal and 11% from wind, with small amounts coming from pumped hydro-electric and natural gas (Figure 1). As the least populous state in the nation, Wyoming uses a fraction of the electricity it generates, exporting nearly two-thirds across state lines. With abundant land, access to transmission, and a culture of revenue-generating electricity sales, could there be a pathway for solar technologies to contribute to the Wyoming energy economy? NREL Solar Technical Assistance Team (STAT) Network experts recently took a short road trip from Golden, Colorado to Cheyenne to talk solar with Wyoming state agencies, local planning departments, and Bureau of Land Management (BLM) representatives (Figure2). What might make Wyoming take a look at solar?

Figure 2. The STAT team at the Wyoming Department of Game and Fish 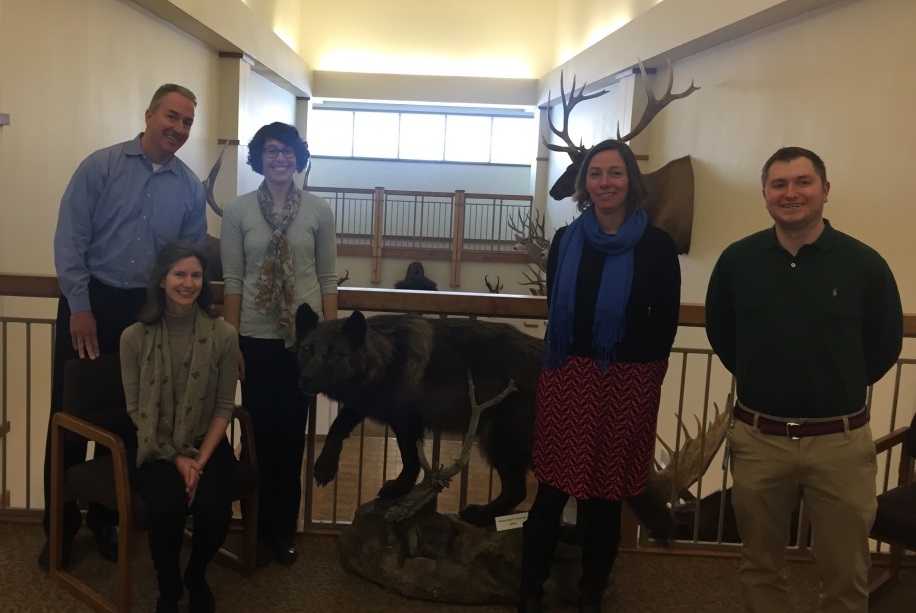 Wyoming officials have seen an uptick in interest from the solar industry in developing large-scale solar projects, particularly in the southwestern part of the state. One proposed 80 megawatt (MW) project, the Sweetwater Solar Energy Project, would sit on 703 acres, 638 of which are public lands, and interconnect to Rocky Mountain Power (Figure 3). Wyoming’s history of integrating energy projects with the natural environment and alternative land uses led them to contact the STAT Network to better understand the potential impacts of and financing structures for large solar projects, such as the Sweetwater project. The STAT Network presented on solar technology, environmental and economic considerations, transmission, and permitting in a day-long workshop attended by representatives from the Wyoming Department of Game and Fish, the State Historic Preservation Office, the Department of Environmental Quality, the Office of State Land and Investments, the U.S. Forest Service, the Sweetwater County Planning Department, and the BLM. The ensuing discussion provided unique insight into questions and tradeoffs Wyoming agencies are grappling with. 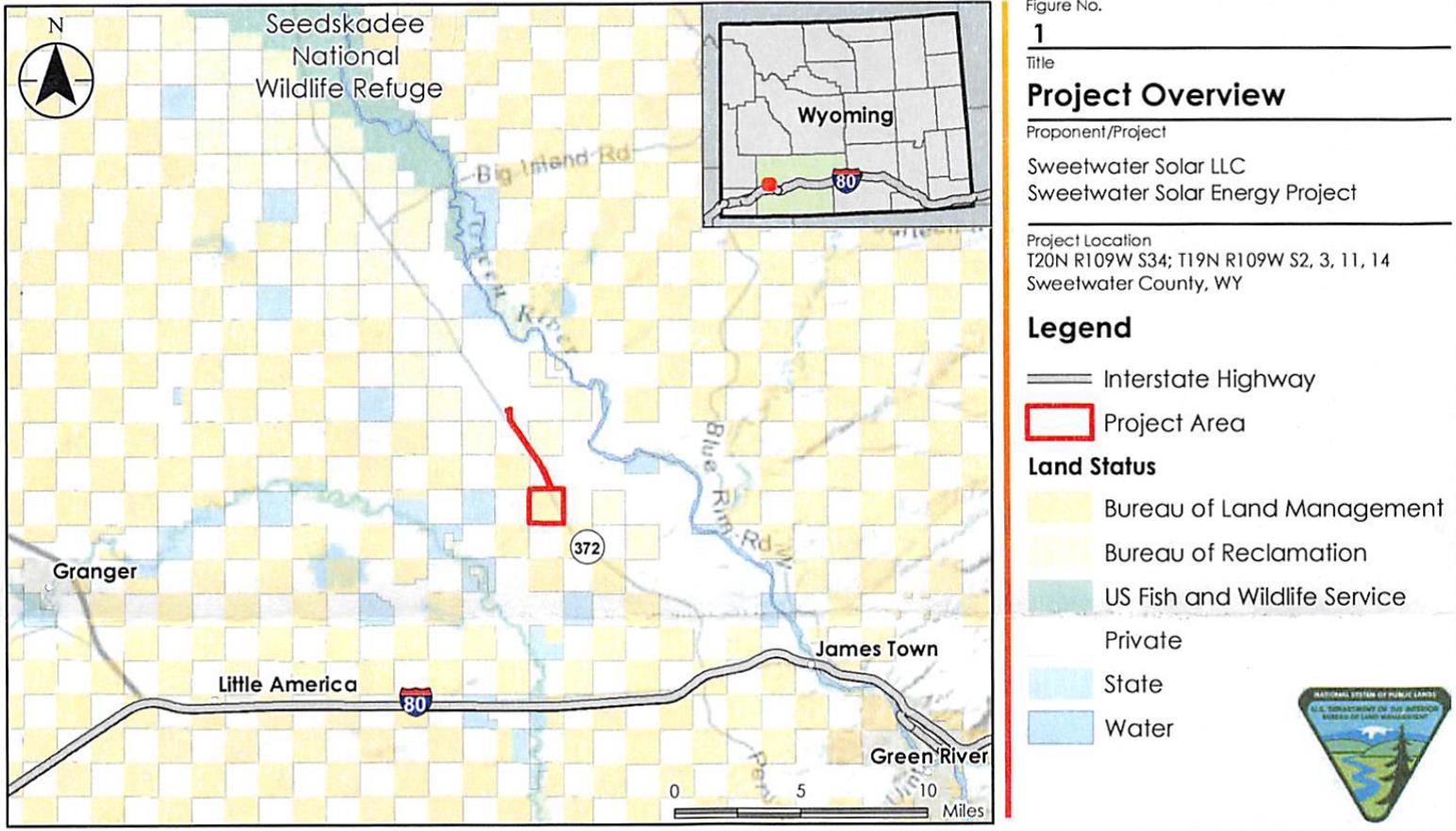 From iconic elk and pronghorn antelope to domestic cattle and sheep—there is a lot of mega fauna in Wyoming. Is large-scale solar compatible with wildlife migration and domestic grazing? This question was at the forefront of many minds in the room, particularly biologists. Agency staff had additional questions about utility-scale solar impacts on soil conditions and other fauna (e.g., amphibians, birds) in Wyoming’s unique sagebrush steppe environment. While examples of solar co-located with agriculture (particularly ranching and grazing) do exist, there is a dearth of research on solar impacts on the variety of ecosystems encountered in the western U.S. NREL experts have been analyzing vegetation test plots under large-scale PV at NREL’s Wind Technology Center to understand how plants revegetate after solar installations; final results are forthcoming. Many of the issues raised during the workshop will be further explored during environmental studies required by the U.S. National Environmental Policy Act (NEPA) as specific solar projects are developed. Wyoming agencies could also learn from the BLM’s mitigation strategies developed during the designation of seventeen solar energy zones (i.e. priority areas for utility-scale solar development) in Arizona, Colorado, New Mexico, California, Nevada, and Utah.

Like many states, Wyoming will continue to have to weigh the costs and benefits of utility-scale solar as solar costs decline and development interest peaks. The STAT Network hopes that Wyoming agencies now feel better equipped to make informed solar decisions after this training and fruitful discussion.